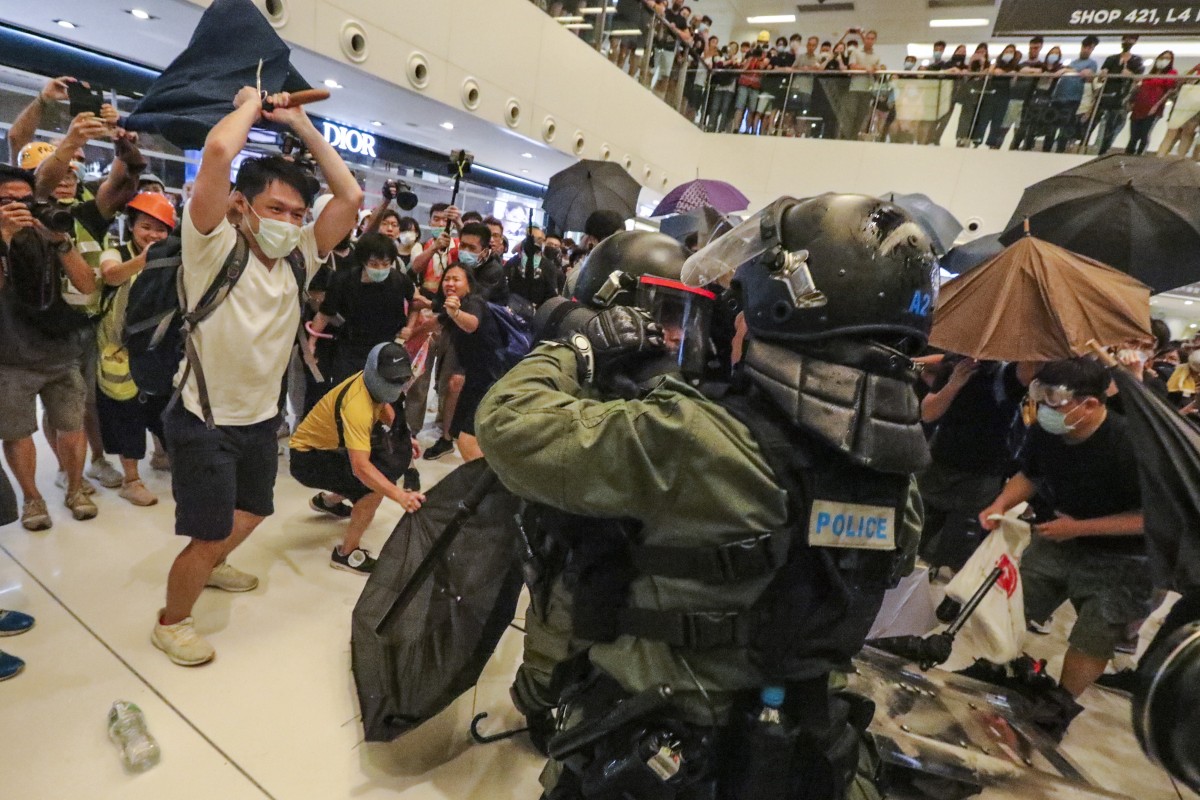 Fights break out between protestors and police at New Town Plaza shopping mall.

Many questions remain after protests in Sha Tin descended into chaos, leaving 22 people in hospital, two in critical condition.

The march, which set off from the Chui Tin Street football pitch, began early on Sunday after more people turned up than expected. It was due to end at the Sha Tin Central bus terminus.

While the majority of protesters were making their way home, a group tried to occupy Yuen Wo Road, which was not on the official march route.

Police attempted to disperse them, warning that if they did not leave they would face arrest.

Meanwhile, protesters who were trying to leave the area found their way to the MTR blocked by police, and the bus terminal closed. They asked police to let them through and after a tense stand-off, the police relented.

As the crowd moved towards the MTR, riot police suddenly appeared behind them, sparking an angry reaction from the crowd. Pitched battles erupted in several places, with police using batons and pepper spray on protesters. At one point, a police officer with no identification markings was separated from his fellow officers. While on an escalator, he was kicked and fell to the bottom, then set upon by protesters.

Pro-democracy legislators condemned the police yesterday for “outflanking” and “kettling” – confining people to a small space for crowd control – protesters, and turning the New Town Plaza into a “battlefield”.

Hong Kong Chief Executive Carrie Lam Yuet-ngor condemned the “rioters” who attacked police officers, saying their violent acts cannot be tolerated in a society with the rule of law.