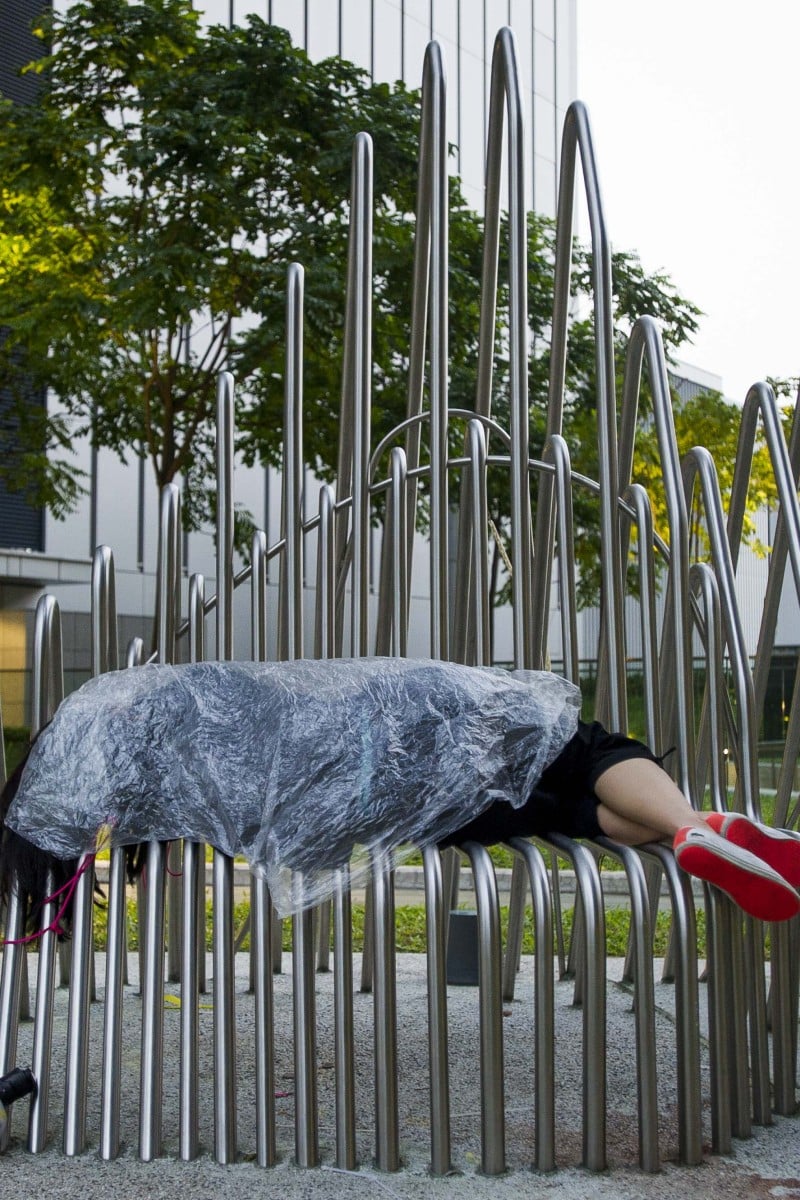 On the fifth day of the Occupy Hong Kong protests, the situation around the government offices in Tamar became very tense after police were seen transporting boxes containing what is thought to be rubber bullets and tear gas into the building. 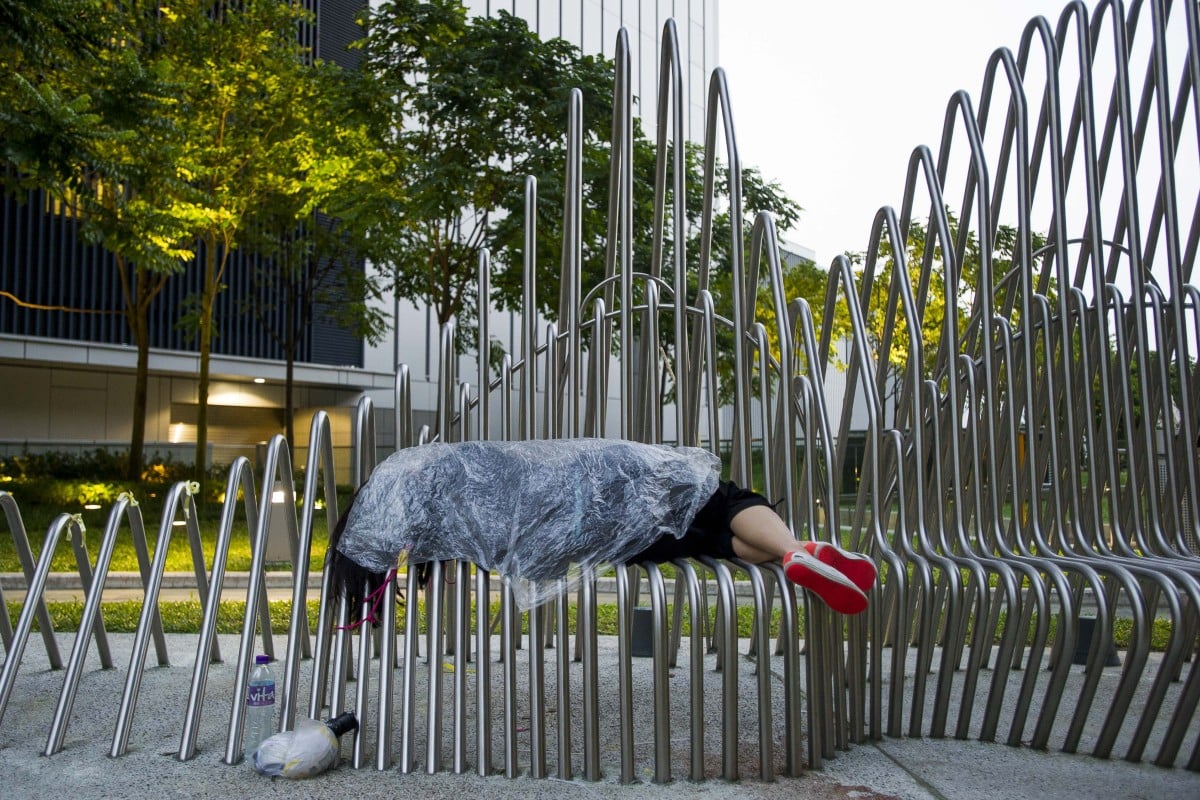 Any chance to sleep, any time, any where.

Chief Executive Leung Chun-ying defused a possible confrontation with protesters. He said even though he would not resign he would appoint Hong Kong Chief Secretary Carrie Lam Yuet-Ngor to negotiate with students.

In the afternoon, the situation around the government offices in Tamar became very tense after police were seen transporting boxes containing what is thought to be rubber bullets and tear gas into the building. Protesters tried to stop them, shouting liar, liar, and surged forwards while police struggled to keep the supplies flowing. Word spread that the police used an ambulance to sneak the supplies in. Student leader Joshua Wong warned that police may resort to using tear gas again tonight. Police said they would not rule out a use of force.

Occupy Central organiser Benny Tai showed the protesters the blue armbands their organisers would be wearing.

Tensions ratcheted up yesterday when protesters gave Hong Kong Chief Executive 24 hrs to quit. Since then China has warned the US to stay out of its business in Hong Kong. It likened the protesters to those in Ferguson or the US Occupy Wall Street Movement.

Schools in Western and Wan Chai districts have been closed for Friday, and the Education Department is making other arrangements for students to learn at home.

8.30pm:  Emotions ran high as dozens protesters clad in black shirts and masks stormed Lung Wui Road near CY Leung's office – a major traffic path connecting Central with Wan Chai. They retreated after their fellow protesters urged them to pull back for fear that the move might lead to police action.

8pm: Students says the Central Government Offices will be occupied tomorrow and Tim Wa Avenue near Tamar would be an important place to gather. They announce that helpers will be clearly identified: Federation of Students' will be in black T-shirts with green lettering, Scholarism will be in black T-shirts with orange lettering, OC will wear blue armbands with the OC logo.

4pm: Beijing unleashes a stream of criticism at Hong Kong protesters. Chinese Foreign Minister Wang Yi denounced the protests in Hong Kong as illegal gatherings, and warned the Americans not to interfere in what is happening in the city. he was speaking at a press conference with US Secretary of State John Kerry in Washington DC.