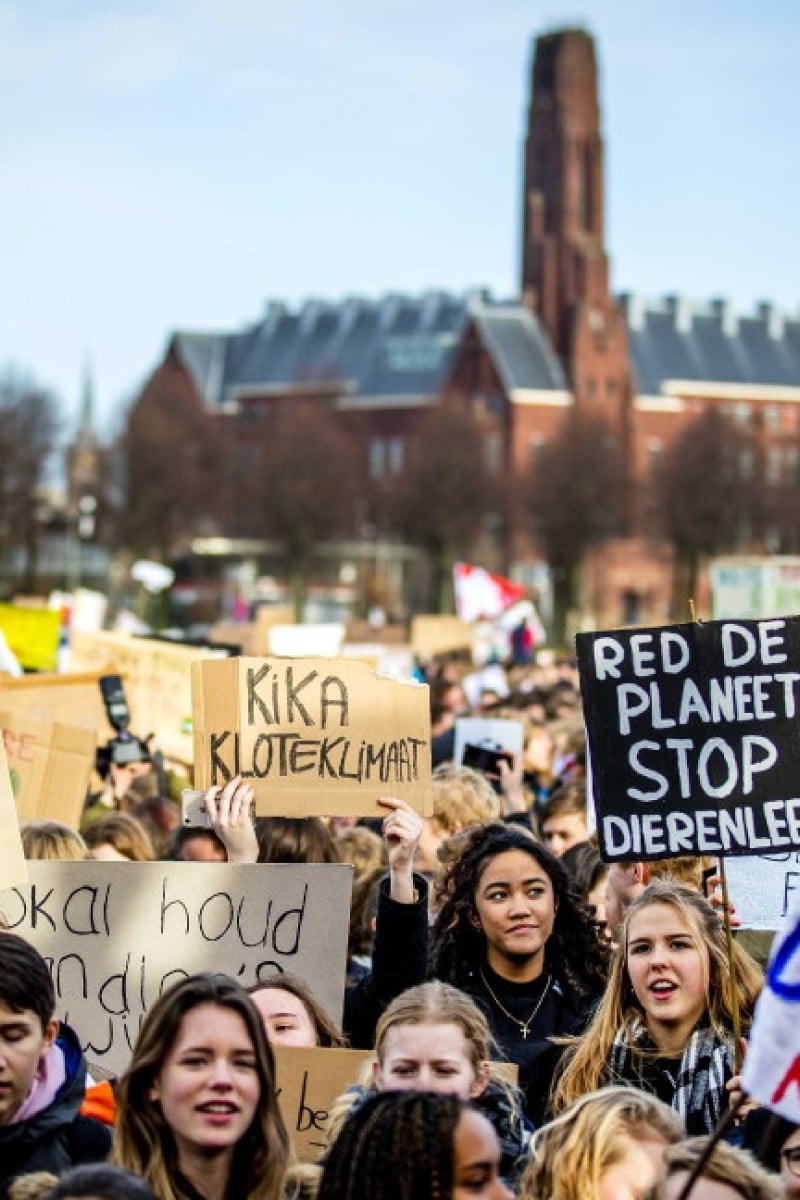 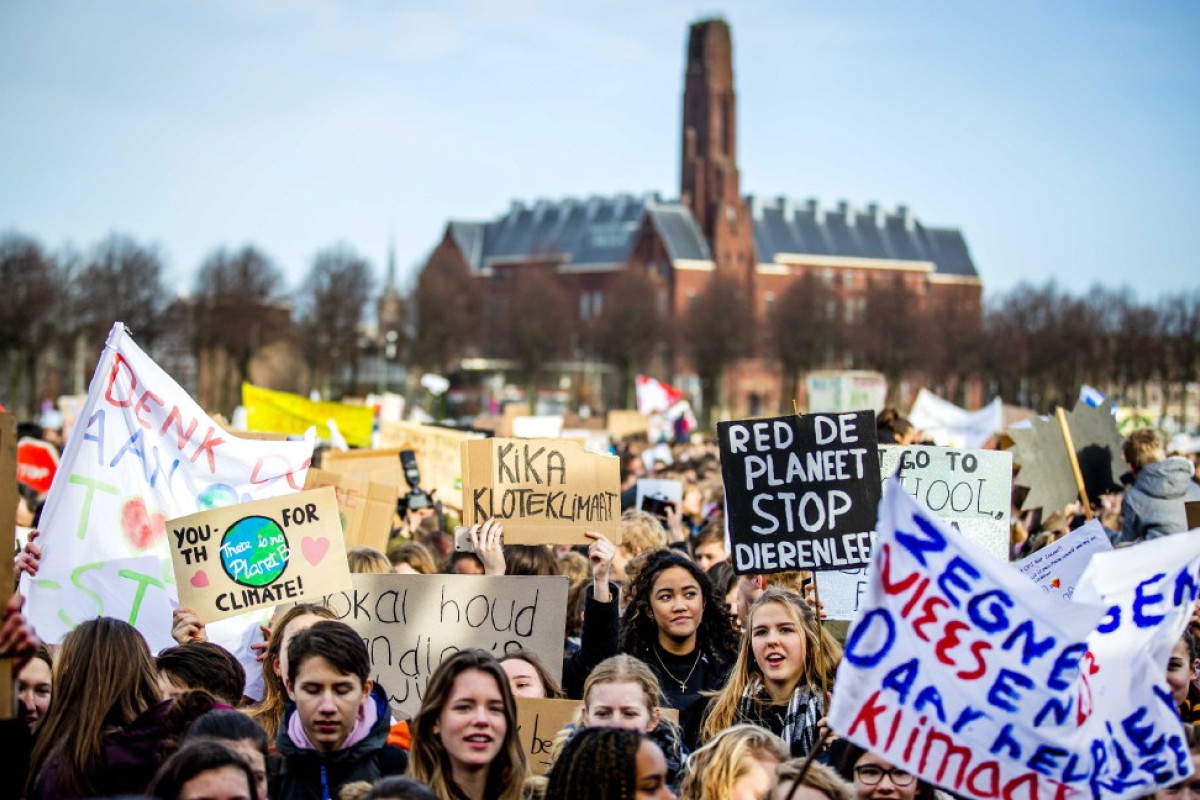 Dutch students march in a rally to claim for urgent measures to combat climate change, during a demonstration in The Hague.

West Island School (WIS) has also sent an email to parents, cautioning them to "consider both the message and safety concerns" of students attending the Student Strike for Climate Action.

The email, signed by the school principal, Chris Sammons, said: "A rallying cry and the ‘fear of missing out’ has a powerful effect on young people. The combination of persuasive social media and a noteworthy subject will lead to different perspectives in our diverse community."

It adds that student absence as a result of the strike will be recorded as "unauthorised as this is not an approved West Island School event." Parents should notify the school is advance if their child wishes to attend the strike. The email also states that WIS has also arranged to "speak to students about the difference between protest and meaningful action, inclduing encouraging young people and families to think through changes they can make related to consumer habits."

The school encourages students to "join environmental campaigns which are already happening," including Earth Hour, and bringing reusable cutlery. Of this, they said: "Less attractive than a day from school but perhaps more enduring in the longer term."

South Island School and Sha Tin College have sent emails to students and parents stating that they will not endorse the “Student Strike for Climate Action” strike set to take place on March 15.

However, while they voiced their concerns, they also stated that students who wish to attend the strike are welcome to do so, as long as they give notification in advance.

Hong Kong students are set to march from Chater Garden to Central Government Offices at 11am next Friday, where they plan to submit a proposal to the government which offers solutions which need to be taken to safeguard Hong Kong’s future.

The email that was sent out by South Island School on Tuesday voiced concerns about safety, saying: “We cannot simply allow students the day off to attend an unsupervised event. To do this would be to abandon our commitment to preserving and protecting their safety and wellbeing.”

However, the email also acknowledged that “The issue of climate change is of vital importance – and we have created a culture within our school where we encourage our students to be aware of global issues and to be citizens of the world.” Zara told Young Post that while she understands that the school could never support a strike from a safety point of view, their response actually supported the idea. “We were pleased to see their reaction and couldn’t have hoped for anything better,” she added.

A student from South Island School, who wishes to remain anonymous, said, “I think it's rather reasonable as they still have to provide lessons and such. Also if someone were to get hurt, they could be in trouble if the school allowed us to go.”

“In line with our fellow ESF schools and ESF guidelines please note the following:

1. The school cannot give students permission to attend the rally.

2. The school will not organise a teacher-supervised field-trip to attend the rally.

A 15-year-old student from the school, who asked not to be named, told Young Post that he thought it was a rather ambiguous response from the school.

“While they didn’t suggest an outright ban, they are still giving us an avenue to join through ‘unauthorised absence’,” he said. “They don’t condone nor officially condemn.”

He also explained that an unauthorised absence is one where the school does not officially recognise the absence, although parents may apply for student leave. While he won’t be in town for the strike, he hopes those who do attend, “protest peacefully and follow protocol”.