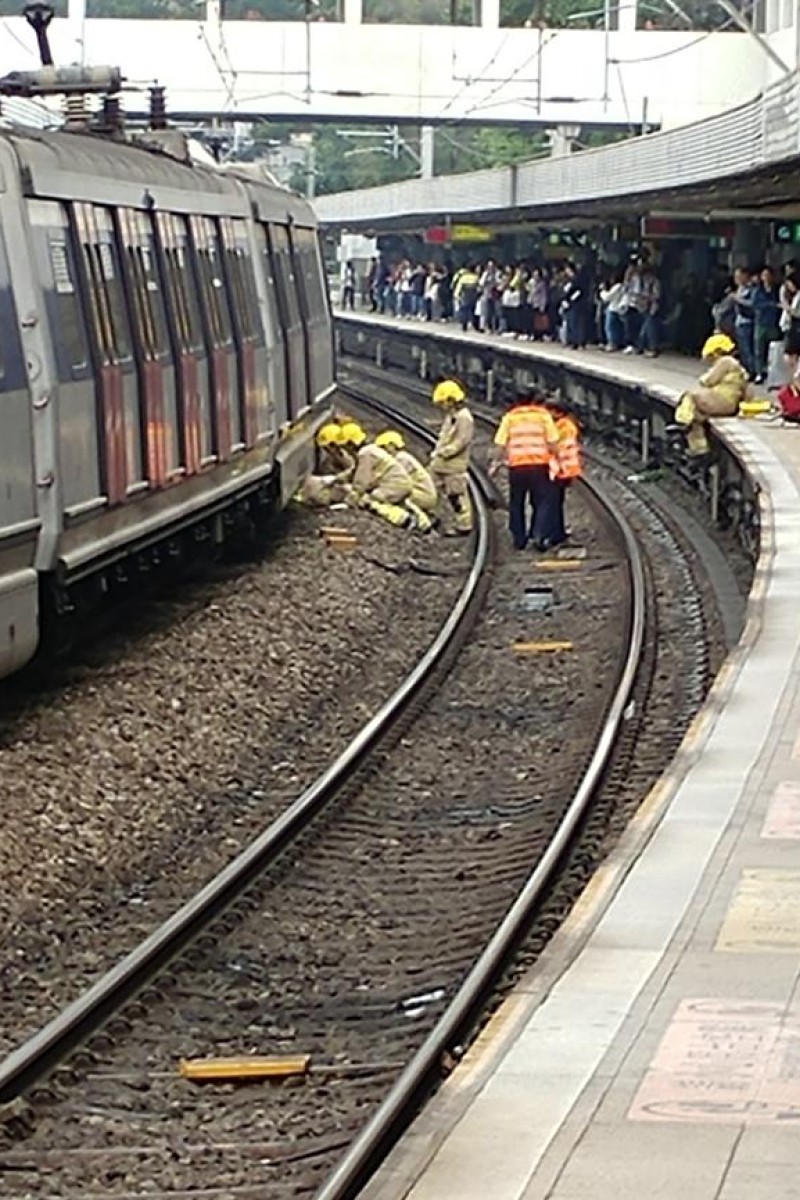 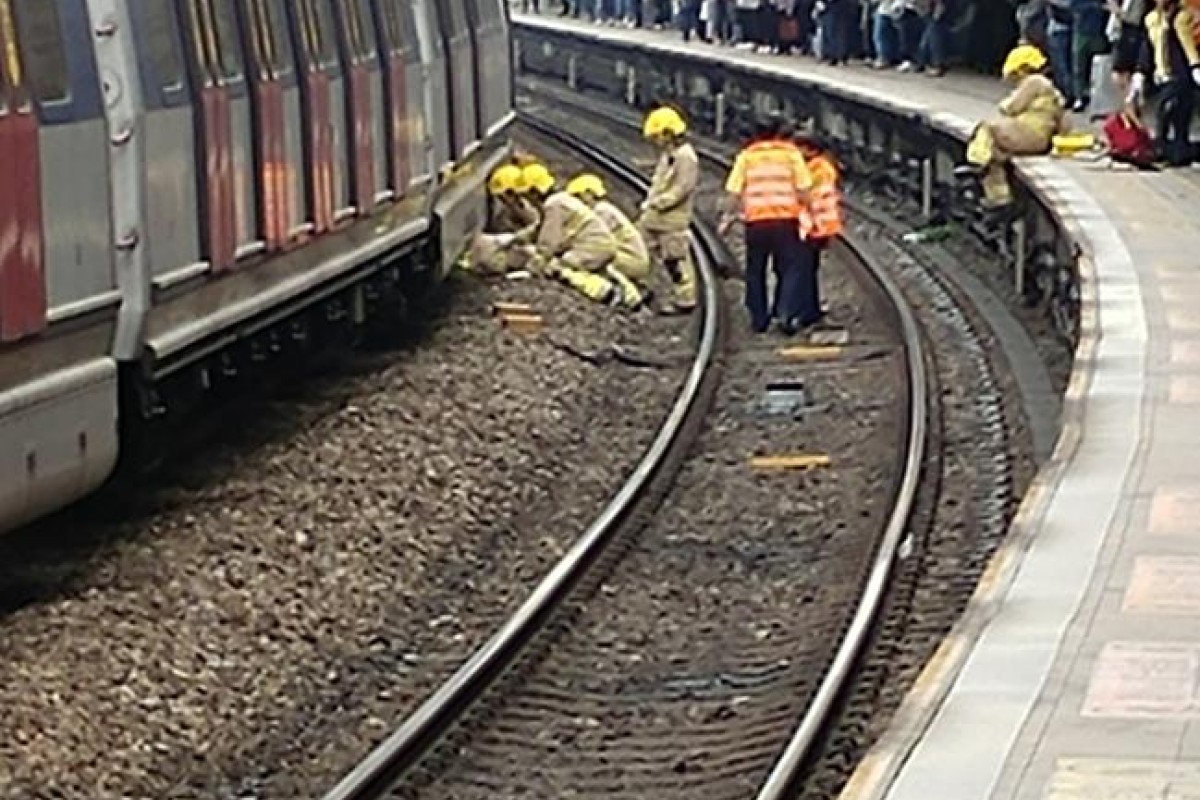 Firefighters rescue the woman who fell onto the tracks at Kowloon Tong station.

Hong Kong’s subway network, already slowed by a train crash overnight, suffered a further blow mid-morning Monday when a woman fell onto the track causing part of a second line to be suspended.

The second incident, at Kowloon Tong MTR station, meant trains were suspended for a while between Tai Wai and Mong Kong East stations, forcing commuters to map new routes to the city centre. Police officers at the scene said the woman was injured and firefighters were trying to rescue her from under a train.

It was a second setback for the network that day. Commuters were earlier hit by the suspension of services on one line between two of the city’s busiest subway stations, after a train crash derailed a carriage. One driver was reportedly injured during the smash, and services between Central and Admiralty stations on the Tsuen Wan line were down for all of Monday. Other MTR lines were still running as normal.