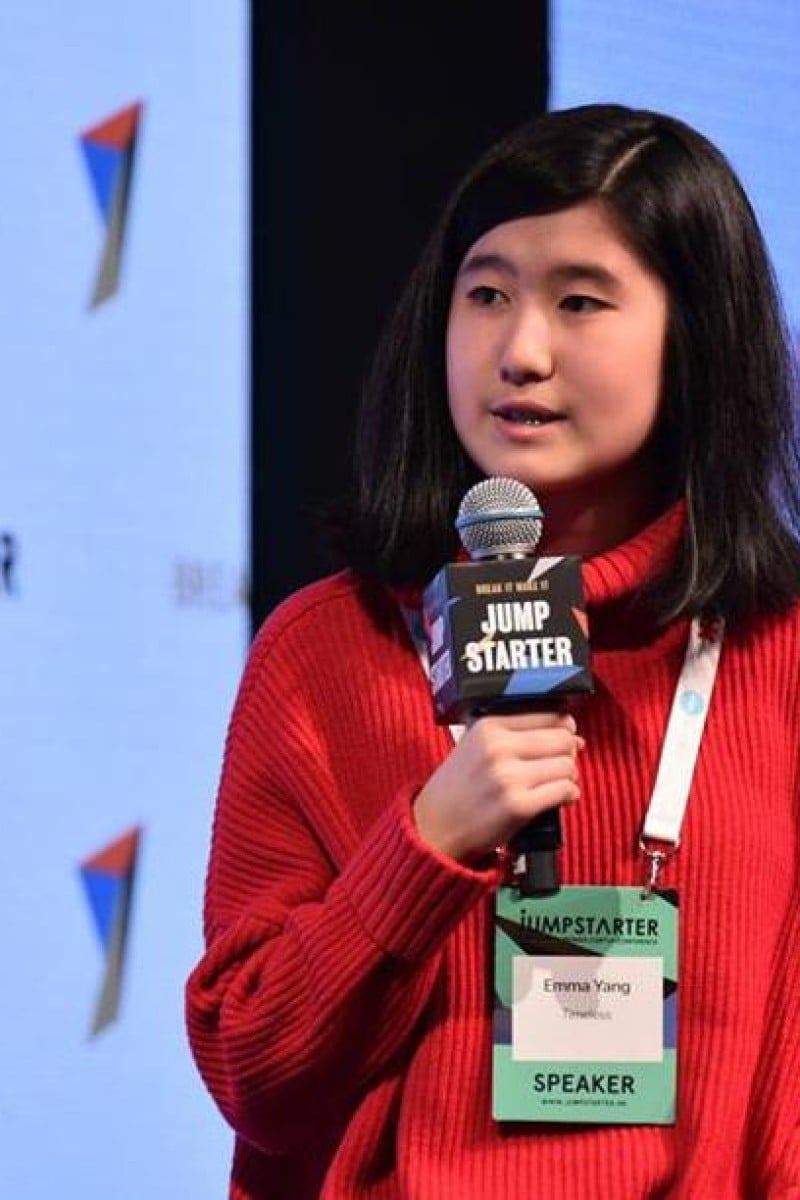 Teenage tech prodigy Emma Yang, who created an app to help those suffering from the neurological disorder, like her grandmother, cope with the disease 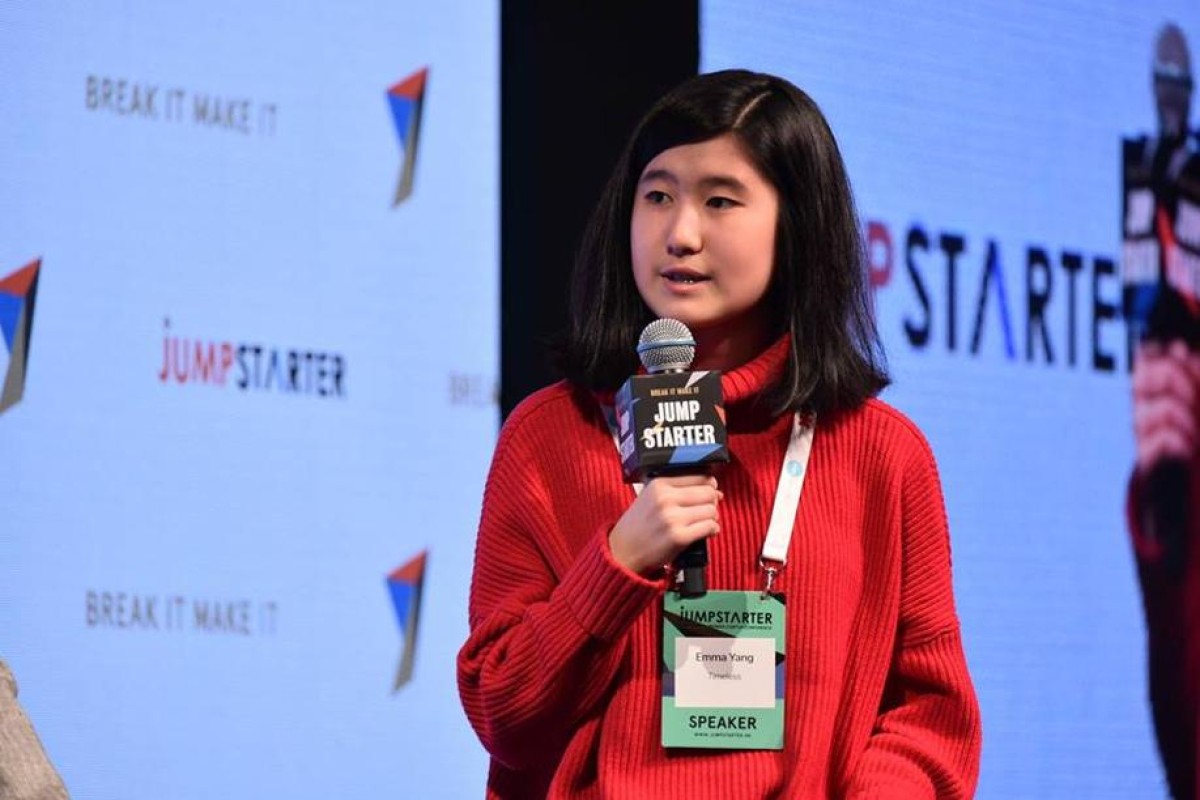 Emma first explored coding when she was six years old.

It’s not easy to see your loved one suffer from Alzheimer’s disease, which causes the patient’s memory to get worse over time. Hong Kong-born Emma Yang, whose grandmother suffers from the neurological disorder, is all too familiar with the challenges that come with the disease and how it can affect an entire family.

“[The features of Timeless] are actually quite similar to what I have set up for my grandmother right now. It includes an iPad  for her to look at photos [she’s taken with us], and a whiteboard that shows her phone numbers and reminds her of events,” Emma tells Young Post. “These physical set-ups [helped me think about] how I can translate them into a phone app.”

We spoke to Emma, who’s living in the United States, when she was in Hong Kong recently for this year’s Jumpstarter conference, a local start-up platform for entrepreneurs and young people hosted by Alibaba Entrepreneurs Fund. Alibaba owns the South China Morning Post.

“My grandmother raised me when I was younger, and seeing how [Alzheimer’s]  could affect someone like her and her family is what inspired me to create Timeless,” she says. The soon-to-be-launched app features an AI-powered facial recognition system that identifies people in photos to help Alzheimer’s patients recognise their family and friends.

“The app can tell my grandmother that ‘this is Emma, your granddaughter’ [when she is looking at pictures of me],” explains Emma.  The app, which won the MIT Solve Brain Health Challenge in 2017, is also capable of grouping photos by person, and also allows users to call or text someone by tapping their pictures in the phone book.

“It is all about empowering patients and their family members … and [helping] them sustain their relationships,” Emma mentions in a video interview with the South China Morning Post. The many positive reactions to her idea on social media, she said, also motivated her to keep working on the app.

Emma first dabbled in coding when she was six, when her father taught her how to use Scratch – a block-based visual programming language for kids – which allows users to create mini games and interactive art. “It became my hobby, and later on I progressed to building little websites,” she says.

At the age of 11, Emma realised “how large  a role technology plays in our lives”, so she started learning to build her own apps, and started thinking about how she could use  her knowledge and talent to help people and her community.

Face off: is the Hong Kong government doing enough to help the elderly?

“Coding is a universal language, because  no matter what language you speak, it connects us through computers and technology,” adding the language will be increasingly important in the future as we rely more on technology.

Deeply interested in how technology can be used to improve the health care sector, Emma says she plans to look more into artificial intelligence and machine learning. But her focus right now is to ensure Timeless is ready for its launch, projected to be in late spring or early summer this year.

“After I’ve launched the first version [of the app] … I hope to add features like music,  and trivia that reminds the patients of things,” Emma says. “I also want to have the app (which is only available in English right now) translated into Chinese and Spanish, so that it could reach more people.”