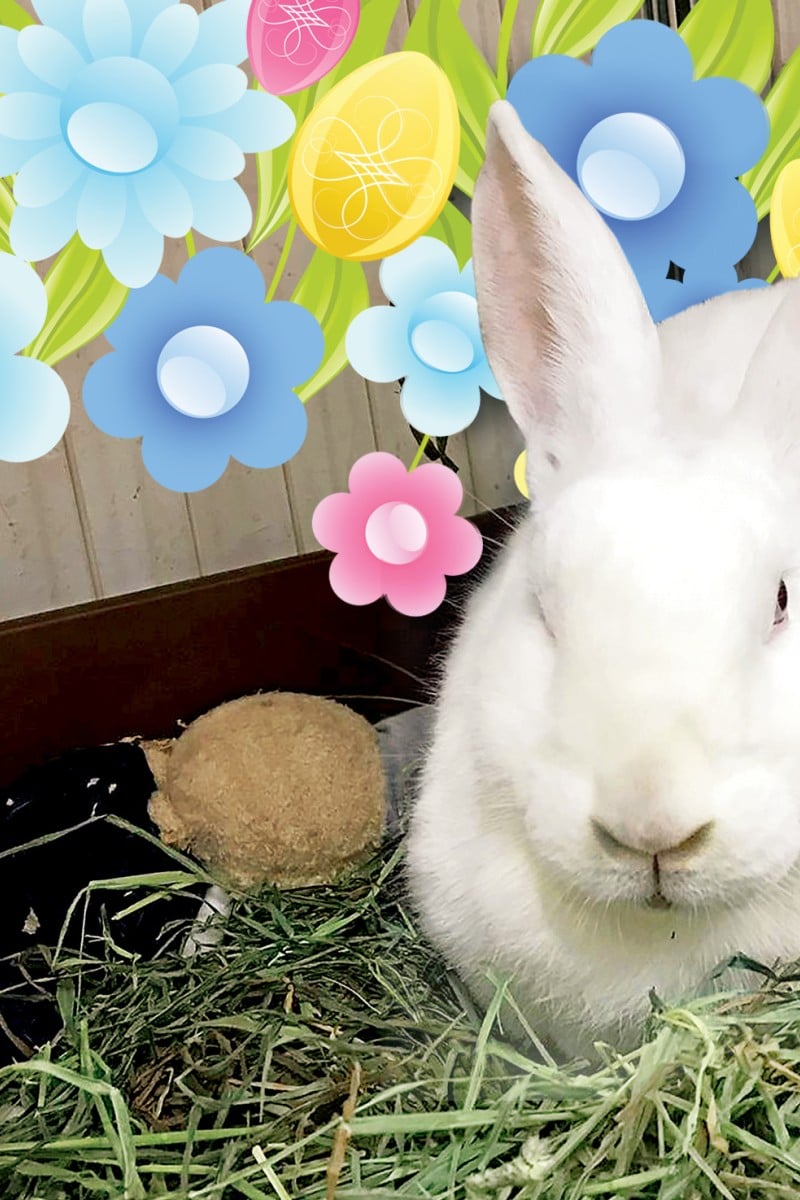 Before you take home a real Easter Bunny, read this beginner’s guide to rabbit care 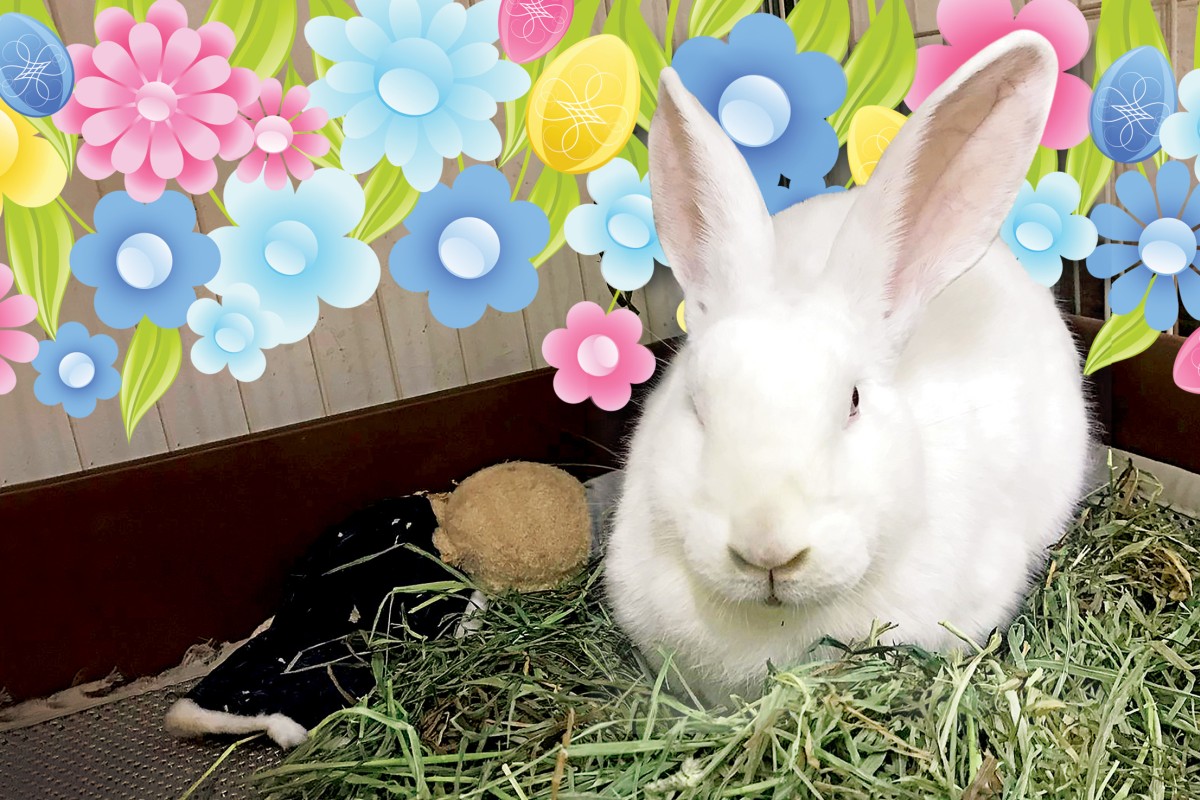 Rabbits need an enclosure big enough for them to move around comfortably.

Think twice before buying a pet rabbit this Easter – they’re adorable, but you’re probably not ready for the responsibility. Young Post spoke to Redhead, a representative at Hong Kong Rabbit Society (HKRS), to talk about rabbit abandonment and to dispel common myths about these gentle fluffers.

Redhead gave us a tour of the shelter in Mong Kok and walked us through a regular day. It starts with a thorough cage cleaning process for all 80 rabbit residents, which usually takes two-and-a-half hours.

“We clean these out every day,” she said. “If you don’t, it gets messy really quick. Rabbit cages have to be cleaned on a daily basis so they are always in a healthy environment.”

Pet parenting 101: How to take care of a rabbit (and why you don't need a whole bunch of carrots)

HKRS is a no-kill shelter run by regular staff and volunteers – no healthy or treatable bunny that passes through is killed. Volunteers take on tasks such as cleaning, while regular staff take care of rabbits with special needs.

“We have some sick rabbits that need medication and constant care. Some of our volunteers sign up while going through the adoption process,” Redhead adds. “That’s when they actually find out about how much commitment is needed to own a rabbit. It’s not just cleaning cages, we also educate volunteers about a rabbit’s needs.”

Education is exactly what Redhead thinks is missing when it comes to these little animals with big personalities. The 30-year-old has worked closely with HKRS for four years, and says that what surprises her time and time again is the resilience and willpower that rabbits display.

“They’re sensitive, delicate creatures. Unlike cats that miaow and dogs that bark, rabbits are voiceless … they can’t express themselves but, if you [interact with them], they can still remind you that you have to set aside your ego to [fully appreciate] their world,” she says. “In that regard, I appreciate the lessons that they teach us.”

What to know about rabbit care

One example Redhead gives us of is a two-and-a-half year old white rabbit named Rebirth. When he came to the shelter two years ago, he was in really bad shape, and only weighed 1.5kg. “Looking at him now, though, you would never be able to tell what he has gone through. It’s really heartening to see how much and how far he’s come.”

When asked if Rebirth has any potential adopters, Redhead smiles fondly at Rebirth as she strokes his ears, and says, “Quite a few.” Adopters have to go through a rigorous screening process before they can bring their dream rabbit home, and have to prove they don’t believe some of the common myths about them.

“Rabbits don’t eat carrots,” Redhead tells us. “A rabbit’s main diet should consist of 80 per cent hay, and the rest should be pellets and fresh vegetables. Their incisors [teeth adapted for cutting] are always growing, and they need  hay to keep them trimmed.”

Rabbits are also active animals and require plenty of space. “You can’t just put them in a cardboard box. They need a cage or an enclosure big enough for them to move around comfortably. They need space to hop around, and they need interaction with you.”

Rabbits certainly don’t come out of a top hat and should never be picked up by their ears, either. “There are many nerve endings on their ears, and it’s very painful for them to be picked up this way.” The right way to hold them is to gently but firmly, with one hand supporting the back of their body at all times, hold all four feet against your chest.

“Some rabbit owners come to us and don’t understand the rabbits’ needs – that’s what we have to deal with. It is so easy to see rabbits as toys because they are quiet. It takes a lot for some people to move away from the assumption that rabbits just eat carrots and do nothing all day. That’s so far from the truth.”

And this is especially a problem when people start buying or gifting rabbits as pets during the Easter holiday. “Anywhere between one to four months after Easter is when our nightmare begins.

7 things your pet rabbit does and what they mean

We do all the talks and education we can, and we still see a surge of dumped rabbits either on the street or in the park. Any excuse, any circumstance you can ever think of, we’ve heard it.”

Still, Redhead and the other volunteers remain optimistic about finding these rabbits a forever home. “It can be disheartening but you can’t let that stop you. This is how we make a difference – one rabbit at a time. You don’t have to think too hard or do something big to change the world. Sometimes, what’s important is to make an impact. And for me, that’s HKRS.”