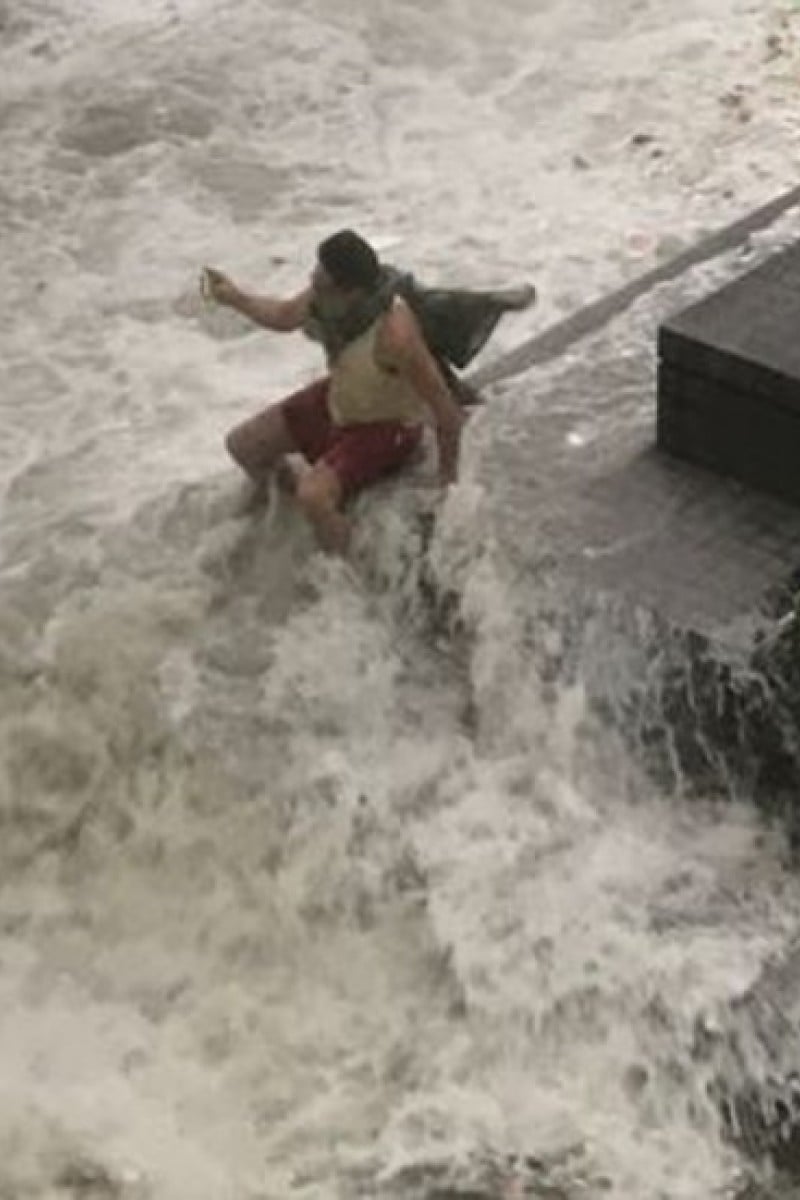 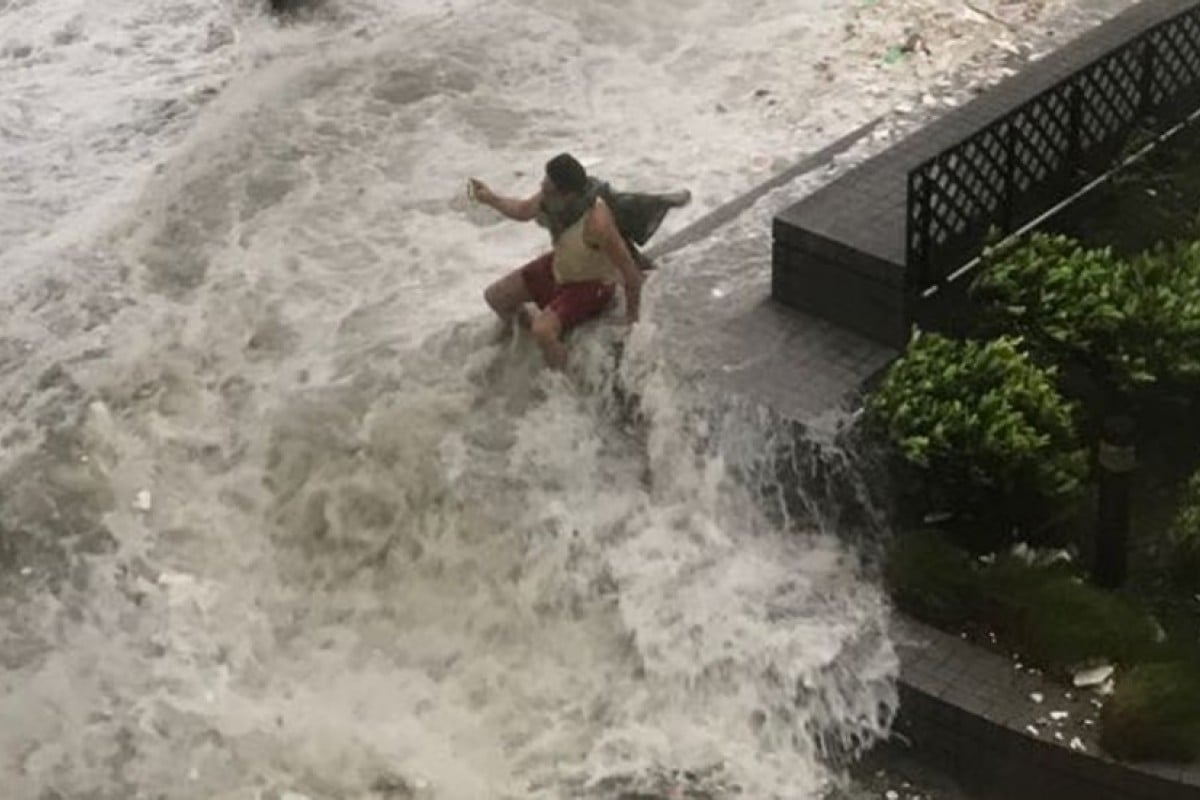 A resident battles the elements in Hong Kong's Eastern District.

Typhoon signal No 10 – the highest in Hong Kong’s storm warning system – was issued on Wednesday as Typhoon Hato hit to the city.

The Observatory issued the signal at 9.10am.

As the storm approached overnight, businesses, public services, airlines and public transport all braced for what could be one of the worst storms in recent years.

“Tides are currently running about 0.5 metres above normal,” the Observatory said in its 6.45am storm update.

“The high tide, occurring before noon, and the storm surge induced by Hato may cause a rise in sea levels of about 1 metre or more above normal tide levels. There could be serious flooding in some low-lying areas.”

The storm will be closest to the city on Wednesday afternoon, coming within 100km to the west of Hong Kong, before making landfall in neighbouring Guangdong province.

All Airport Express services between Central and Hong Kong International Airport were suspended.

At least 320 flights operated by Cathay Pacific Airways, Cathay Dragon and Hong Kong Airlines, scheduled to take off or land between 6am and 5pm on Wednesday, were cancelled.

The Education Bureau announced schools would be closed on Wednesday.

All ferries to and from Macau were also called off.

At 6.30am, Quarry Bay tide levels had risen by 2.37 metres. That was faster than the 1.8 metres predicted for the same time.

Near Tseung Kwan O – at Tai Miu Wan – tides jumped 2.52 metres, exceeding the predicted peak of the tide of 2.3 metres due at 10am. One area being closely monitored was the low-lying fishing village of Tai O, which is regularly threatened by rising waters.