The team won with their project "Bactricity", which explored ways to utilise bacteria or yeast to generate electricity 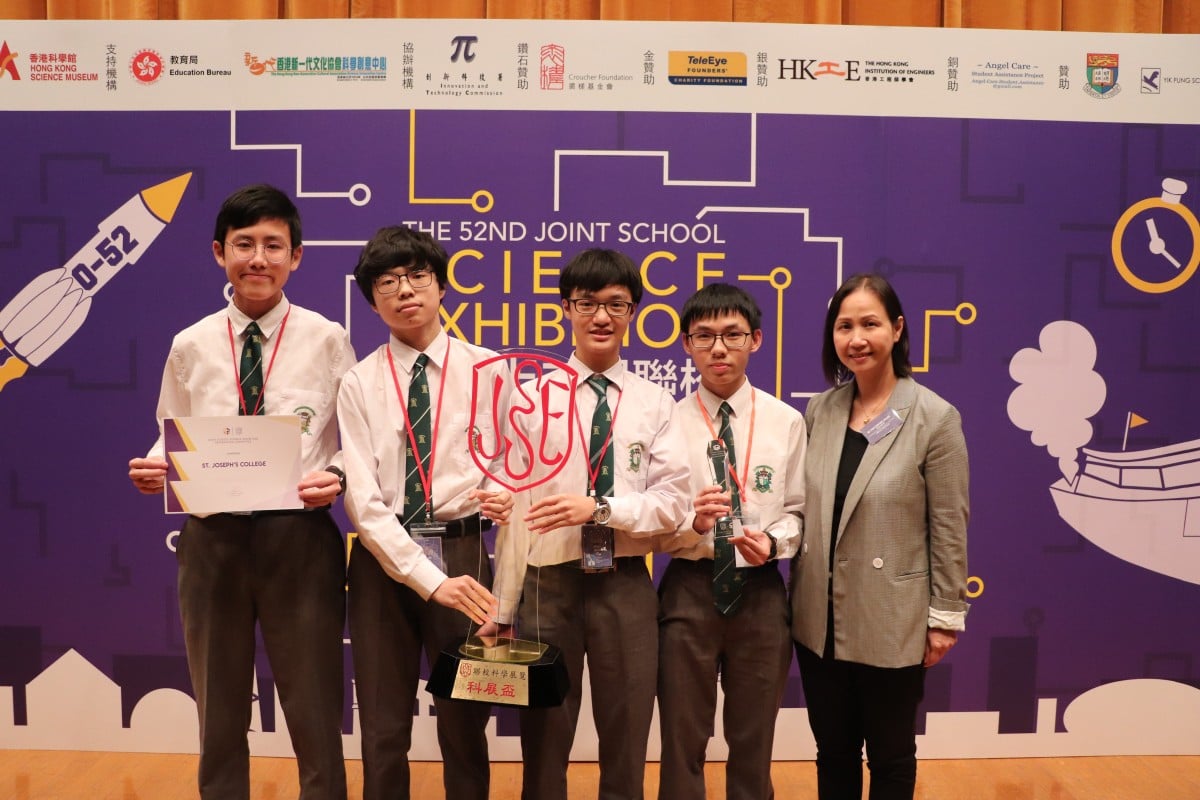 St. Joseph's College won the overall champion with their project inspired by the junior football team trapped in a cave in Thailand last year.

The team’s winning project was “Bactricity”, in which they explored ways to utilise bacteria or yeast to generate electricity.

St Joseph’s team member Adrian Lau Yiu-chun said the most challenging part of their project was making sure the experiments were conducted in a fair manner. This is because both bacteria and yeast are easily affected by environmental factors, such as temperature and humidity.

How STEAM education can help students act on climate change

The Form Five student said taking part in the seven-day exhibition, where 20 finalist teams showcased their projects in Hong Kong Central Library from August 20 to 26, was more taxing than he expected.

“The exhibition started at 10am and ended at 7pm every day. We were excited and energised the first few days, but as it went on, we began to get exhausted, some of us even got sore throats,” said the 16-year-old. “But we made it through and we learned the importance of never giving up.”

The overall first runner-up prize went to Salesian English School, who designed an app to solve issues related to travelling on the MTR, such as finding a less-crowded spot on the train.

Salesian English School came in second place with an app that helps users travel more conveniently on the MTR.
Photo: Memo Plus Production

One of the team members, Dominic Tsui Wai-cheuk, told Young Post that they were shocked when the MTR launched similar functions on their app in June. They thought people might think they had copied the company’s idea.

“We were afraid that our project would be mediocre because there is a similar MTR app, so it is a surprise that we got second place,” said the Form Five student.

St Mark’s School was named the overall second runner-up for their project “Tag Guide Tag”, which helps people with visual impairments to travel safely. They created an app that uses ultra-high frequency and a Wi-Fi positioning system to detect nearby obstacles and notify the user in advance.

The team, which is made up of three Form Six students, said several companies have expressed interest in their app, but they will concentrate on preparing for next year’s HKDSE before carrying out further research.