The vehicle collided with a truck, which then crashed into a concrete mixer 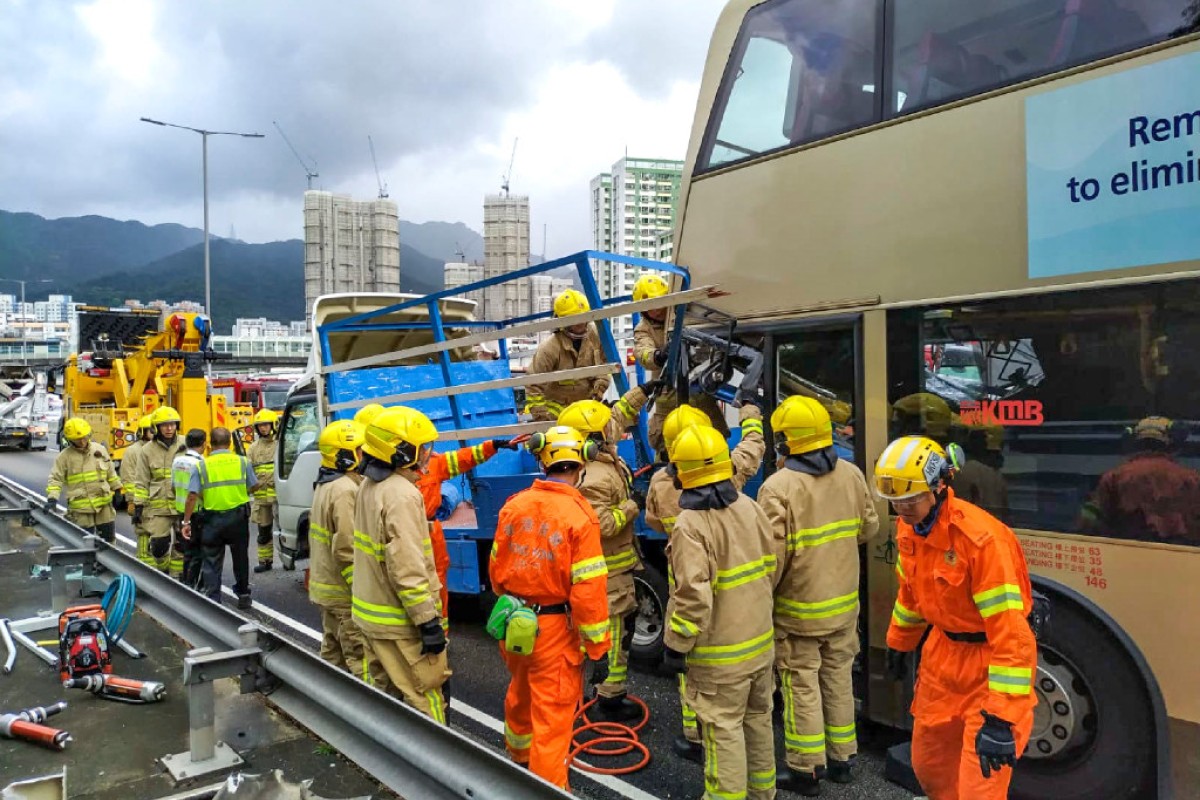 Firefighters were able to free the trapped bus driver, but he was later pronounced dead at the hospital.

A bus driver was killed and twelve suffered minor injuries in a rear-end collision between three vehicles, including a double-decker, a concrete mixer, and a truck at Shing Mun Tunnel Road in ShaTin at around 1:37pm today.

The KMB bus first collided with the truck, which then plowed into the rear of the concrete mixer.

Police say the bus driver was trapped under the vehicle, but was later freed by firefighters. He was taken to the Prince of Wales Hospital, and was later pronounced dead.

KMB sends their condolences and will offer assistance to the family if needed.

Veronica Lin
Veronica Lin was a junior reporter for Shenzhen Daily before joining SCMP Young Post in 2012. She left the Post in 2020.