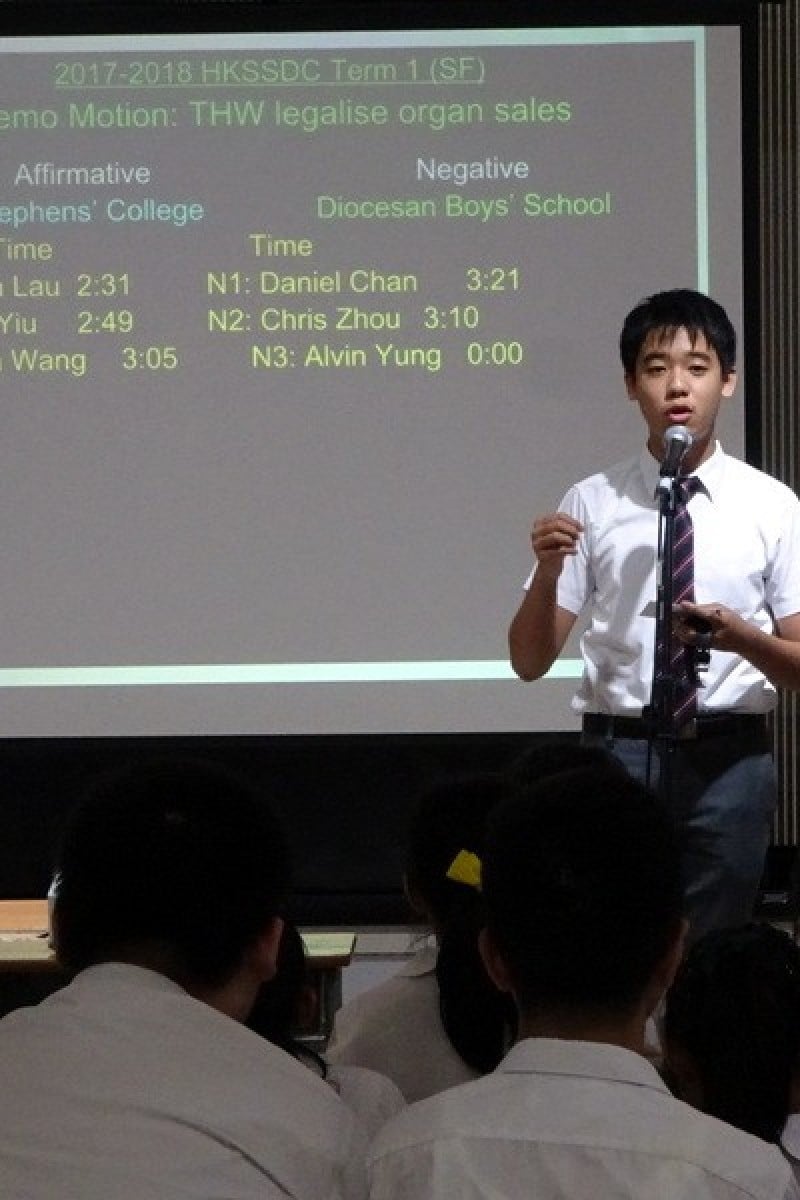 5 tips all new debaters should learn to outargue the opposition

Whether you’re for or against any given motion during a debate, these are some key things all debaters should keep in mind 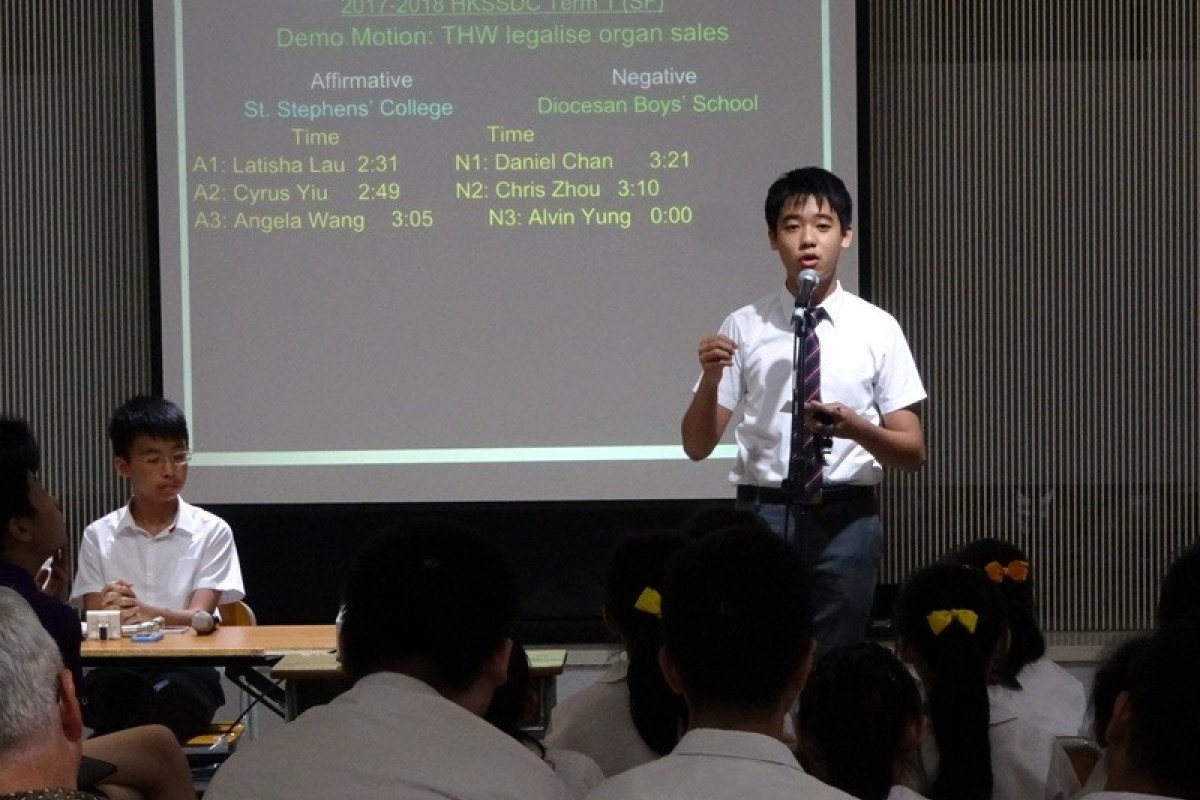 DBS took part in a mock debate against St. Stephen's College during the debating workshop.

In this new school term, you’re probably wondering which activities to sign up for and debating is sure to be among them. It’s very popular in Hong Kong, especially for those wanting to go into law or politics, or just to work on their confidence and critical thinking.

Debating gives you the skills you need to put forward ideas and to foresee other people’s reactions, which allows you to be ready to answer their questions.

Debates need a lot of preparation. What you see during the debate is only the final product, and a lot of time and effort has gone into producing just the right argument. Often, though, speakers don’t do this on their own. They can have a team behind them to research and help.

Once the research has been gathered, the team will meet to plan who will say what. Members will also provide ideas about what the opposing side might talk about, so that these points can be countered, or spoken against. Some of the arguments are best used right away, while others are best saved for later.

The structure of an argument

For example: Assertion: Guns should be illegal. Reasoning: If guns are legal, criminals will be able to use them to kill people. Illustration: The recent shooting in Las Vegas in the US.

Who does what on the team

Usually, there are three people on each debating team, and each of them has a different job. Each of these roles needs different skills.

The first affirmative speaker does not have to talk about any arguments from the other team. They can focus on presenting their team’s case in a way that gets attention. The first speaker should have the skills of an actor.

The third speaker, on the other hand, should be more of an “arguer”. They should enjoy finding weaknesses in opposing arguments and coming up with strong counter-arguments. The final speakers, or “closers”, should have excellent logical thinking and be able to think of rebuttals (answers to the other team’s arguments) on the spot, as it’s difficult to know beforehand what the opposition will say.

The second speaker needs to advance the team’s stance while countering the main points made by the first speaker of the other team. They need to be cool and clear, almost like a teacher.

Each speaker has a time limit of three minutes. They must find the balance between speaking quickly and expressing points clearly. Some debaters prepare really good arguments, but run out of time. While failing to present all of the arguments weakens your case, going over the time limit makes you look disorganised.

On the other hand, debaters who stress too much about the time limit often speak too fast, making it difficult for judges to follow their argument, and are more likely to make mistakes while speaking. And while going over the time limit is bad, finishing your speech with too much time to spare isn’t good, either.

The best way to manage your time in a debate is to practice a lot. Find out if you’re speaking too slowly or too quickly, and fix it.

Make HKDSE, IB, or any exam less scary: 12 simple study tips to level up your grades

A popular saying in debate is “act like you’re winning, even when you aren’t” – the confidence with which you deliver your team’s argument can be enough to convince judges, even if your points are actually weaker. In a debate, the team with the most convincing argument usually wins. If both teams put on a strong showing, the team with the best presentation skills will take the prize. It can be the difference between winning and losing.

Now that you know what’s involved in debating, you can decide whether not to take part. We really suggest you give it a try.