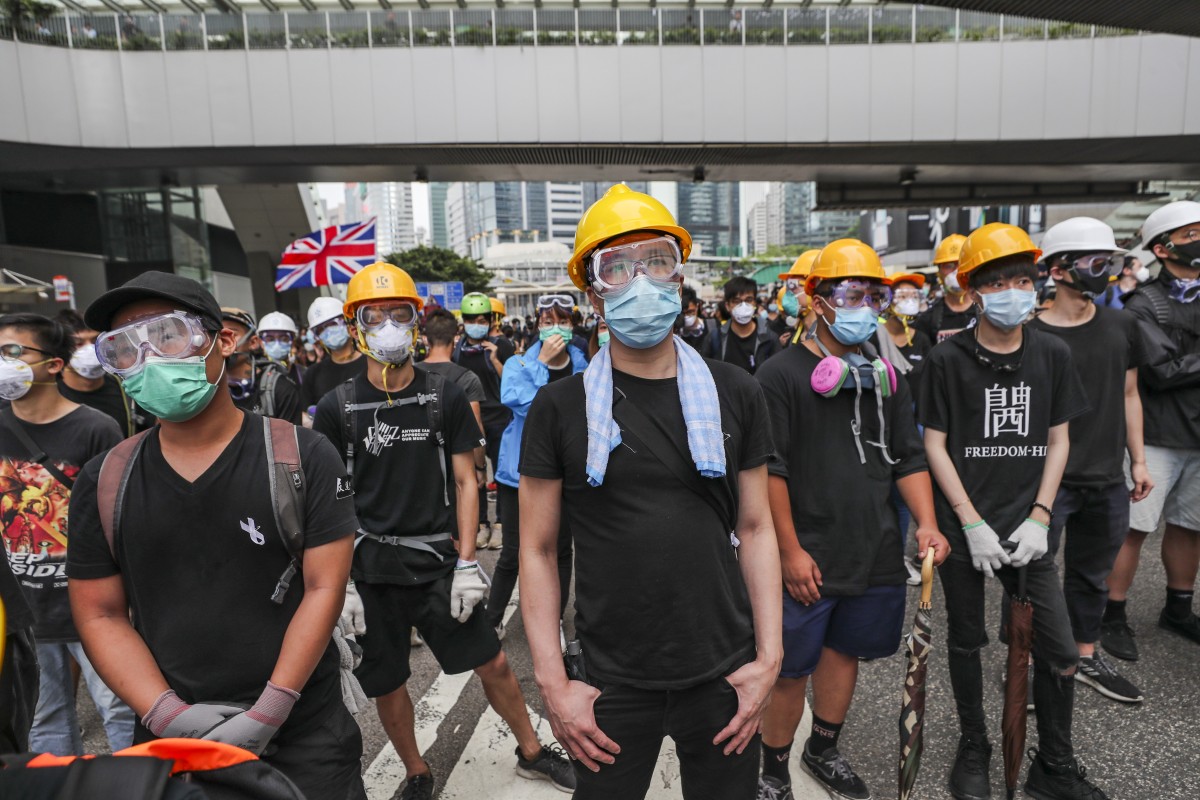 A letter was issued by the Education Bureau to all secondary and primary schools on Friday afternoon. It announced that the law banning face masks designed to stop the recent violence in the city would take effect starting at midnight on Friday. The ban would be imposed through legislation under the emergency law.

It stated that anyone who uses masks to conceal their identities at any legal or unlawful public gatherings and meetings will be in breach of the law. To avoid the risk of committing an offence, students are advised not to cover their faces in any way when they are out on the streets.

The letter also stated that students have no need to cover their faces for any reason in or out of schools, except for religious or health purposes.

What are the 'five demands'? What do protesters want?

Student reactions to the new law were mixed.

Ying Wa College student Argus Lam told Young Post that the enforcement of the Emergency Law “really worried” him. “For me, it represents the crumbling of the separation of powers currently implemented in Hong Kong,” the 17-year-old said. “This colonial-era law grants the Chief Executive Carrie Lam unprecedented power: She can enact any sort of law, including confiscating property of Hongkongers.”

A 17-year-old student who preferred to remain anonymous was more neutral.

“I think at this point it's not even surprising that the government decided to enact the anti-mask law,”

“Protests have been going on for some time now, and the government is bound to do something sooner or later.” The student, who studies in an international school in Sha Tin, added that she doesn't really mind having the law in effect because she did not strongly support either side.

At Pok Oi Hospital Chan Kai Memorial College, a teacher responsible for discipline in the school read out the anti-mask law school notice five minutes before the students were dismissed from school.

Oscar Fung, a 16-year-old student at the school, told Young Post that more than two-thirds of his classmates booed in response to the announcement. “We didn't understand why it was necessary, and some were saying that the execution of the emergency law would allow Carrie Lam to impose other laws, such as curfews and the martial law,”  Oscar added that the announcement gave him the impression that the government was considering anyone who covered their face as a rioters.

“But people should have the freedom to choose whether or not they want to cover their face,”  said the student who was a member of the school's anti-government concern group. He added that giving Lam the power to enact the emergency law, a colonial-era law, is no different to imposing martial law in the city. He also said that the concern group was planning on boycotting classes or staging a silent rally outside school on Tuesday to protest against the new legislation.

Hong Kong protests explained: A guide to the key words you see in the news

The regulation also applies to all teaching staff and school employees, including instructors for extra-curricular activities and service providers that are sent to schools.

If students and teaching staff are feeling unwell, they are advised to stay at home or seek medical help as soon as possible. The Education Bureau also urges schools to set up their own measures based on the new regulations.

On page three of the document, there is also a sample of notice to parents regarding the imminent enforcement of the anti-mask law. It calls on the parents to remind their children not to cover their faces when they go out.

Parents are also asked to lead by example, and admonish their children to not participate in any activities that might be illegal or involve dangerous situations.

There's also a sample reply slip that a parent signature to acknowledge they've read the letter on the last page.