He was ambushed on the street by at least four men with hammers and was taken to the hospital, where he is in stable condition 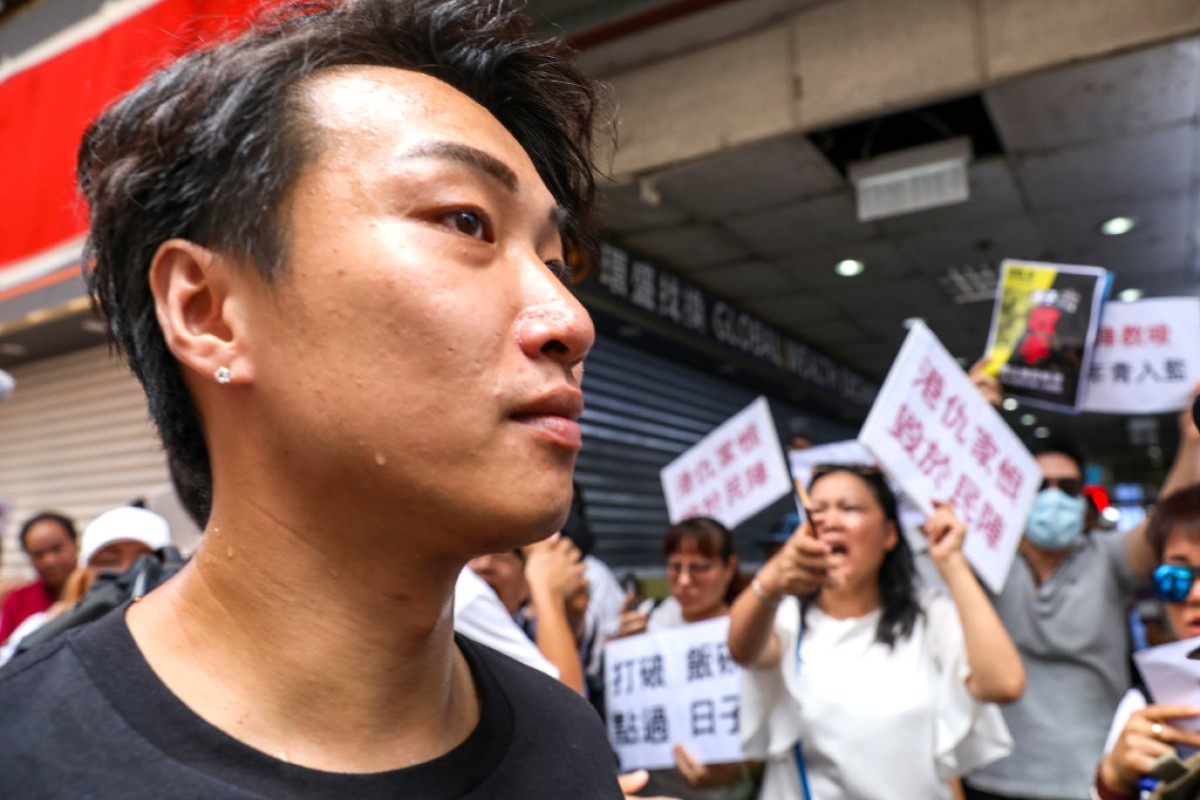 Jimmy Sham Tsz-kit, convenor of the Civil Human Rights Front, was attacked on Wednesday, four days before a planned march.

Jimmy Sham Tsz-kit, convenor of the Civil Human Rights Front, a pro-democracy group responsible for some of the largest peaceful protests in Hong Kong, was attacked on Wednesday.

He was set upon by at least four non-ethnic Chinese assailants on Arran Street in Mong Kok at 7.40pm, a police source said.

The attack was the second against Sham in less than two months.

The Civil Human Rights Front said Sham had been smashed over the head with hammers and spanners but was conscious when sent to Kwong Wah Hospital in Yau Ma Tei. He was understood to be in stable condition

Police said Sham was bleeding from his head and arms when officers found him. The suspects fled in a car which officers were pursuing, the force said. An investigation is under way.
Fellow rights front member Figo Chan said witnesses had told him onlookers tried to stop the ambush but Sham’s attackers pointed a knife at them.
Civil Human Rights Front vice convenor Figo Chan Ho-hang (L), and Jimmy Sham Tsz-kit (R), talk to the press at the Legco building in Tamar in September.
Photo: SCMP / May Tse

Sham had been making his way to the democracy group’s annual general meeting, where he was expected to discuss a march from Tsim Sha Tsui to West Kowloon railway station set for Sunday.

Chan said the march would proceed as planned.
The rights front condemned the attack, saying it would have a “chilling effect” on democracy advocates and fuel fears of “white terror” in Hong Kong.
The attack was not the first against Sham. He and his assistant Law Kwok-wai were in late August set upon by two people in masks wielding a baseball bat and a rod, hours after the pair were told by police that a rally they had planned for the following weekend had been banned.
Hong Kong residents nominated for 2020 Nobel Peace Prize
Police later arrested three male suspects, including a 15-year-old boy. The youngster was charged with conspiracy to assault occasioning actual bodily harm and appeared at Kowloon City Juvenile Court. Two other suspects remain at large.

Democratic Party lawmaker Lam Cheuk-ting said “the assault is clearly politically motivated”. He accused police of failing to protect opposition politicians and activists. Lam said he had been assaulted by government supporters in June but that police had not made any arrests.

Ng Tak-nam, chief inspector of Mong Kok district, said the attackers, who were masked and were wearing black tops, assaulted Sham causing a 3cm (1.2-inch) wound on his forehead.
Face off: Should students talk about politics in school?
Ng condemned the violence and believed the crime was pre-planned, as the attackers had been wandering in the area for some time.
“After the attack, they jumped into a black private car and fled in the direction to Sham Shui Po,” Ng said. “Witnesses have told us the car had been driving in the area for a while. The attack was swift and the suspects wore similar clothing.”
Ng added uniformed officers were protecting Sham in hospital and they were investigating whether the case was linked to the previous attack in August.
Comment