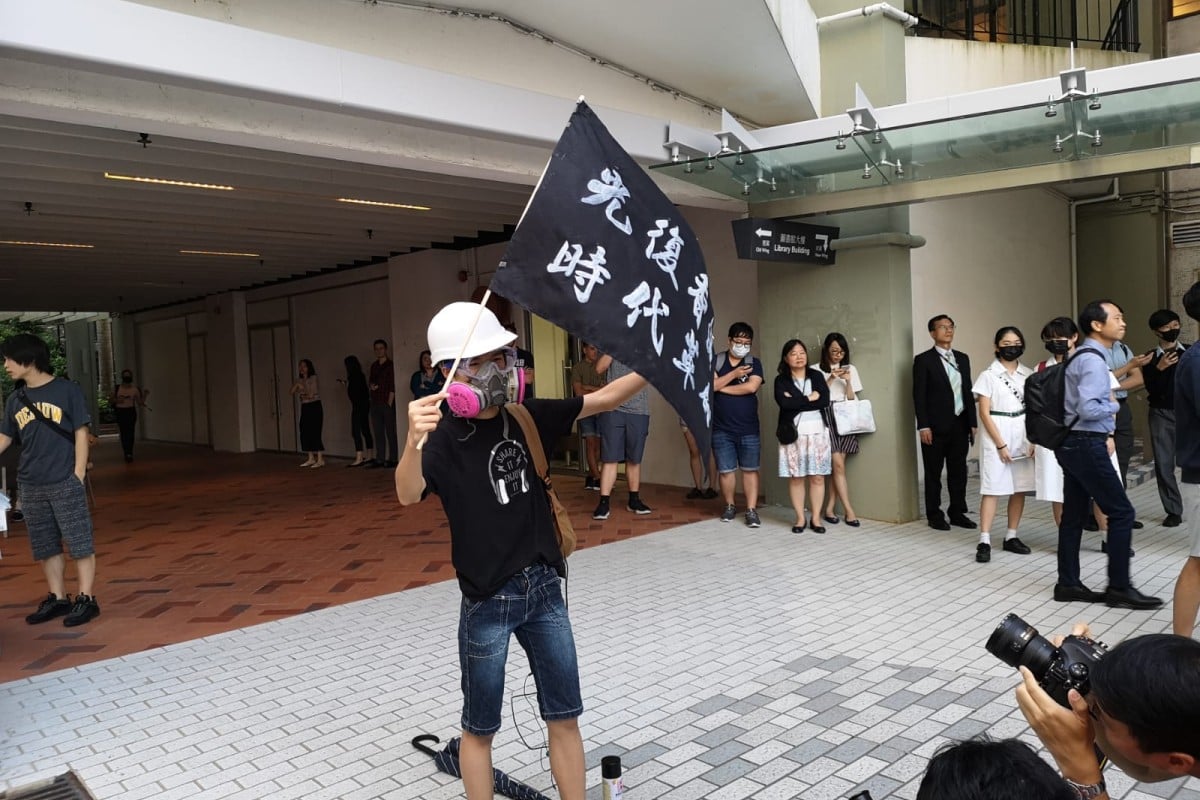 Secondary students held a peaceful rally at the University of Hong Kong on Friday to protest against the anti-mask ban and alleged police brutality.

A moment of silence, protest songs and slogans, and remembrance of past protests scenes were the order of the day at a rally organised for secondary school students on Friday at the University of Hong Kong.

Hundreds of student from 11 schools read a statement condemning the Hong Kong government for using emergency laws to push through the anti-mask law while ignoring police violence and refusing to meet demands.

Video clips depicting scenes of alleged police brutality and other alleged inappropriate behaviour were played to a sombre crowd. Guest speakers, ranging from volunteer first-aiders to lawyers who provided aid to arrested protesters, also took turns to speak about their experiences.

Hong Kong protests: What are the 'five demands'? What do protesters want?

They described the abuse of power as systemic, and appealed for support from society in calling for the meeting of the five demands as a solution to the political crisis.

One 14-year-old male student, surnamed Chan said he was there to ask the government to respond to the five demands.

"Carrie Lam's policy address wasn't a reply. The mortgage loan condition won't help since we won't have the money anyway." He said, "I calculated it and it would take 40 years to pay it back. It's like slavery."

Another pair of female students, surnamed Chan and Lee, were organisers for the rally. Both said it was their first time as organisers for a large-scale event and that their previous experiences were limited to participation.

Chan, 18, said the turnout was low but it was to be expected since it was "quite rushed". She disagreed with the idea that the slogan ‘Reclaim Hong Kong, revolution of our times.’ was a pro-independence slogan. Instead, she thought the slogan is a hope for things to return to normal.

"I want to see Hong Kong returning to a better state. Chan said.