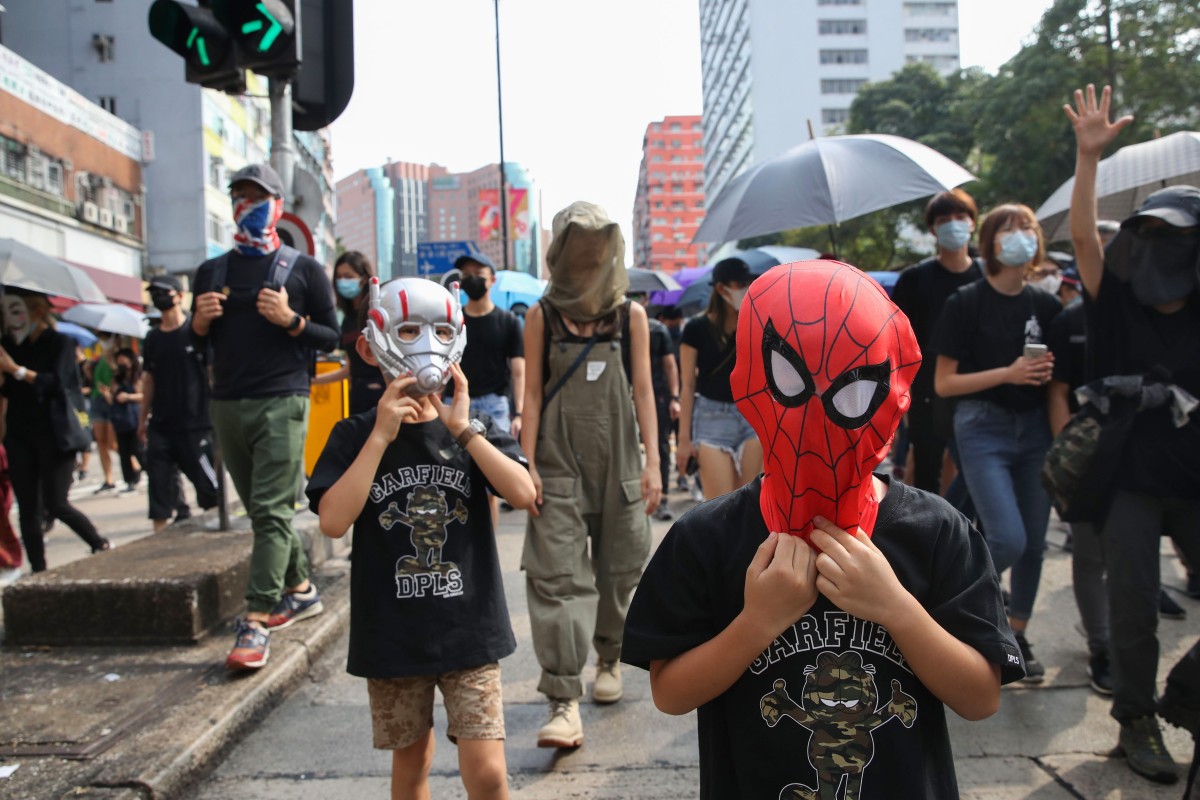 Halloween may put the new mask law to the test.

Hong Kong’s anti-mask law may be put to the test tomorrow night, as protesters have called for a march on Hong Kong Island. The participants will walk from Victoria Park in Causeway Bay to Lan Kwai Fong in Central, which is the traditional site of a Halloween street party where many revellers dress up in scary costumes.

A police source said about 3,000 riot officers would take up positions from Tin Hau to Central before 5pm, and three water cannon would be stationed on Tim Wa Avenue outside the Chief Executive’s Office and near Beijing’s liaison office in Western district.

Another source said officers would order revellers “to remove their masks to check their identities if they are chanting slogans instead of celebrating Halloween”.

Why has V for Vendetta, and its famous Guy Fawkes mask, become so popular in Hong Kong?

“Failure to do so is an offence,” he said.

Legislator Au Nok-hin said local businesses had complained about police asking people not to go to Lan Kwai Fong because it was unreasonable and would affect their income. He is also concerned about possible clashes taking place on the night.

“According to the law, the police have the right to ask people to take off their masks. That might cause conflicts between police and people who are celebrating,” Au said.

Confused by some of the legal terms used to talk about the protests? We’ve got you

Meanwhile, Ocean Park has been accused of censoring their annual Halloween Fest after they made changes to their show and personnel transfers in response to complaints.

The changes allegedly involved the removal of terms such as “Hongkongers, add oil” and “Are you ready, Hong Kong?”

Performers are reported to be organising a Halloween strike.

Replying to a written query by Young Post, a spokeswoman for the park said: “The Park [emphasises] that all entertainment shows and performances are solely aimed at providing the greatest fun to visitors, which would not involve any stance or attitude of the Park regarding any social events or issues.”