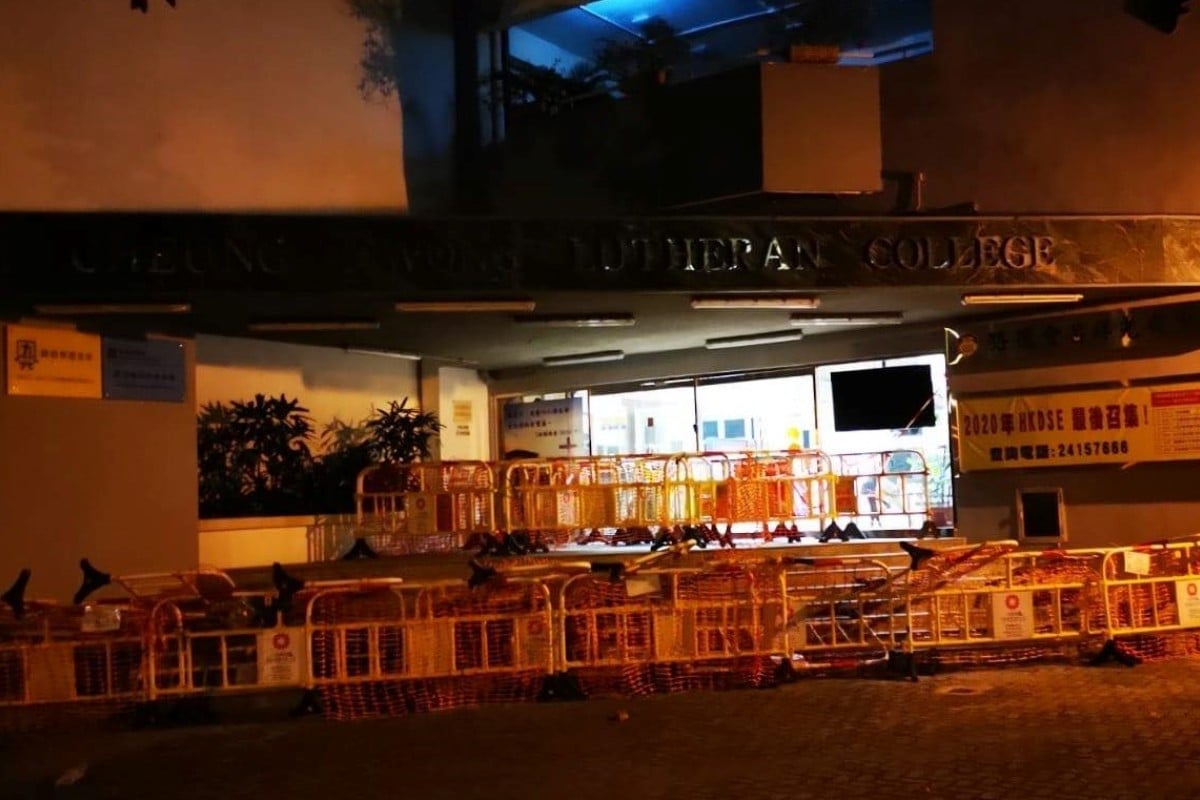 The entrance of Lui Cheung Kwong Lutheran College at around 6.00am.

Students arrived at about 5.00am and took 30 minutes to build the roadblocks, blocking the front and back entrances of the building.

Students hoped to shut down the school as part of the anti-government protests, after the Education Bureau announced the resumption of classes yesterday.

The school subsequently released a statement at around 6:30am saying that classes would be suspended today.

Out of safety concerns, parents should make sure their children stay in a safe area, they said. Lui Cheung Kwong Lutheran College would still be open and provide special activities for those students who have already arrived at school today.

The statement urged students who are not at school to avoid being in the streets and to stay away from danger.

Last Wednesday, on November 13, about 40 students from the same school set up roadblocks at the school entrances to show support for the citywide strike.

They also wanted to stand in solidarity with the students at Chinese University of Hong Kong after the intense, hours-long clashes between the police and students on campus on November 12.