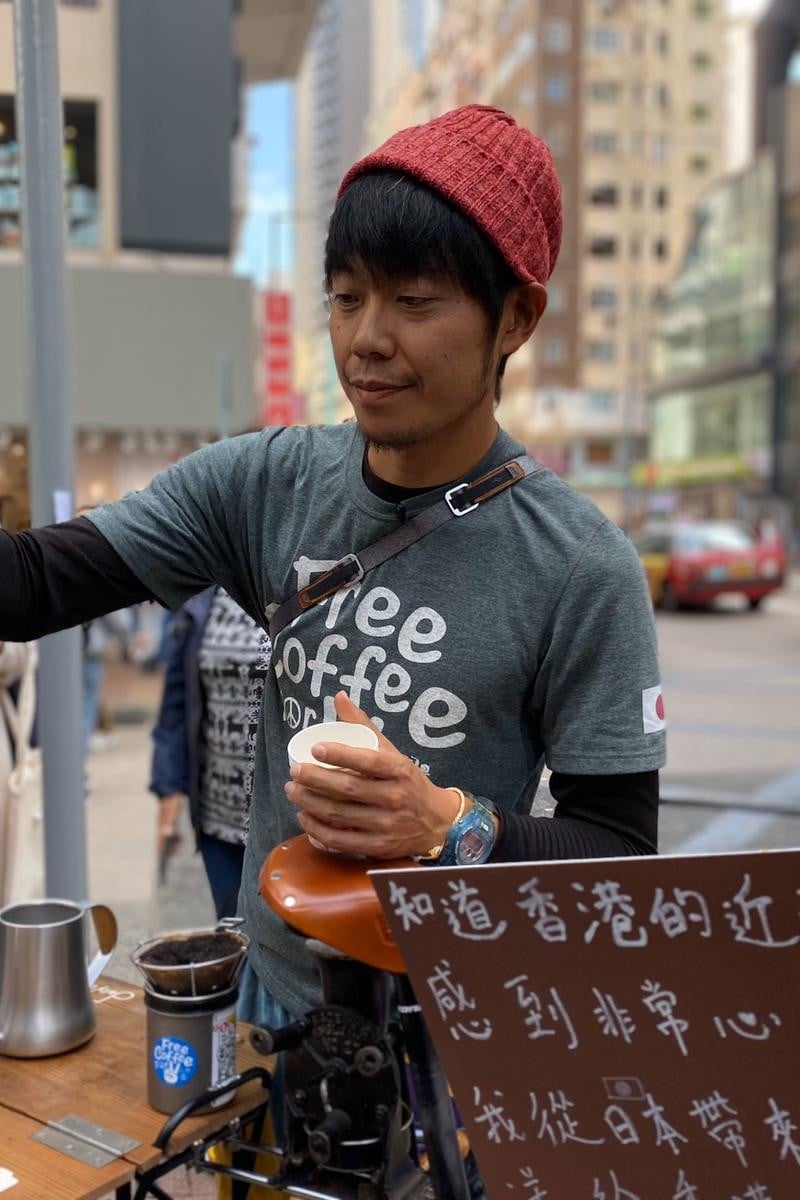 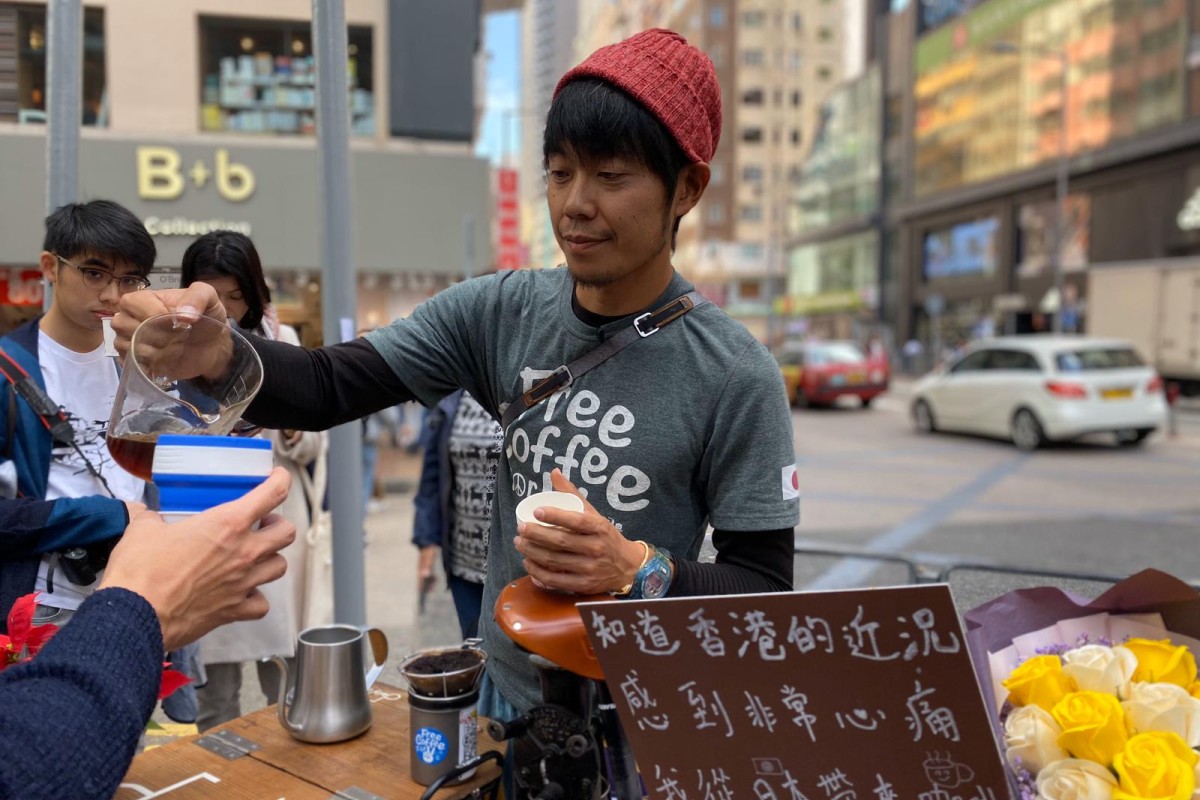 Masanori Nishikawa, a Japanese teacher, gave out free coffee to show his support for Hongkongers in Wan Chai today.

Nishikawa is originally from Hyogo, Japan, and has been travelling around the world with his bicycle. The purpose of his one-week stay in the city was to solely show support for the people who are involved in the ongoing protests.

“I saw the news in Hong Kong and I’m so broken-hearted by it. I also have many friends here so I started thinking of what I can do,” he told Young Post. He then thought of giving out free coffee to Hongkongers as he believed coffee can make people happy and smile. He has stood in Wan Chai everyday for five days straight, giving out free coffee to people as they walked past.

“I don’t have any special techniques but I know how to put the love in the coffee,” he said.

The 36-year-old added that the people here were “amazing” because they believed they could change the world.

Nishikawa has been travelling the world with his bicycle, and chose to visit Hong Kong for one week to "show support" for the people.
Photo: Joanne Ma/SCMP

“They’re trying to make a better the future and they’re doing their best. Their faces look so strong.”

On his bicycle, a sign in Cantonese reads: “I feel heartbroken by Hong Kong’s recent situation. I brought some coffee from Japan for Hongkongers. I hope it can warm your hearts.”

“This cup of coffee is a form of support for us and we can feel like he’s cheering for us. I’m so touched,” said Bosco, a 13-year-old student who was in his school uniform.

He also expressed his gratitude for Nishikawa himself. “He gives Hongkongers hope in this difficult time, and lets us know that people from different places around the world are also with us,” said Bosco.