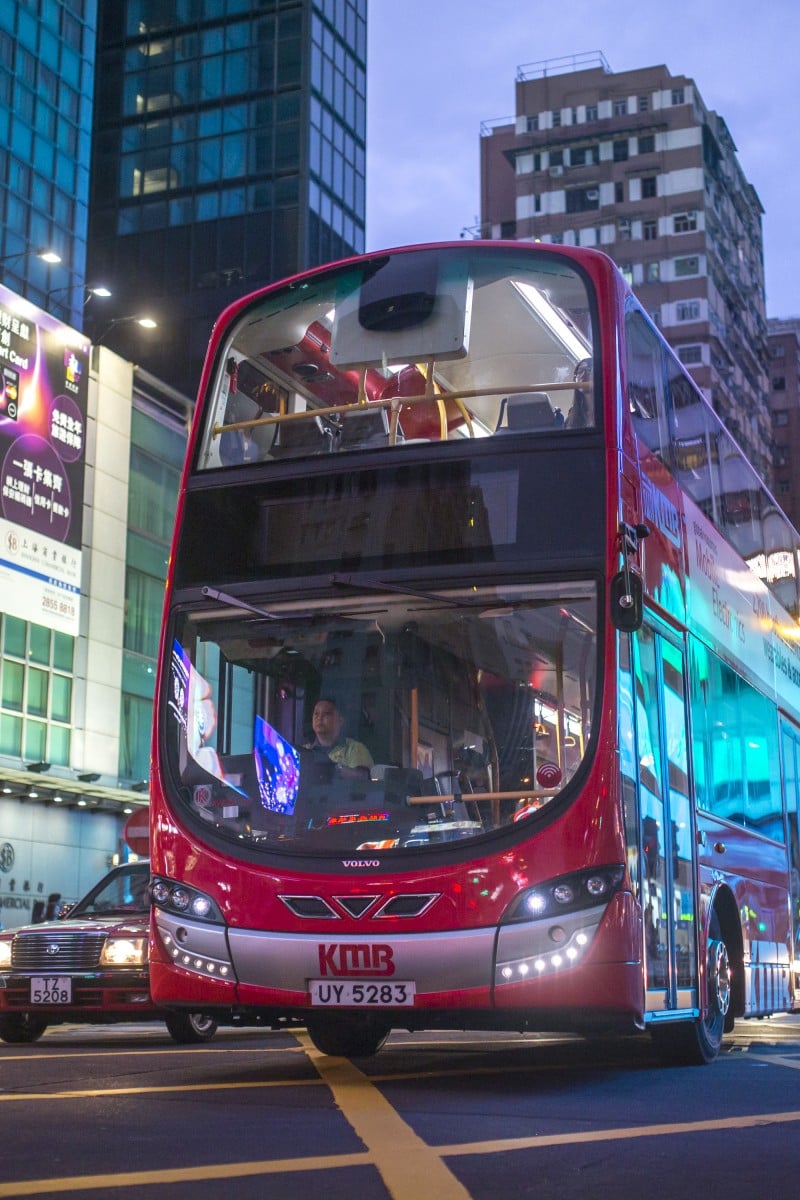 If you haven’t yet taken a scenic ride around Hong Kong on a double-decker bus, then you should find the time to do just that. Air conditioning, a comfy seat, and some of the best views that the city has to offer … what could be better? Here are some of the best bus routes to travel along if you want to see what the 852 has to offer, without battling the crowds on the streets below.

This route runs the length of Nathan Road, and is a great way of seeing the hustle and bustle of Kowloon without having to dodge umbrellas, elbows, and old grannies on the pavement.

The bus travels from So Uk Estate in Sham Shui Po to the Star Ferry Pier in Tsim Sha Tsui. The route first started in 1921, making it one of the oldest public bus services in Hong Kong.

Along the way, you’ll pass Mong Kok and Yau Ma Tei, where you see some of the city’s last remaining neon signs that hang over the roads from the buildings.

The best time to ride the bus is at night, when all the lights and billboards have been switched on, and the streets are at their liveliest. If you can, go on a rainy day – the colourful lights will create interesting reflections on the wet road surface.

The bus will take you on a roller coaster ride as it travels the steep and winding roads that lead up to The Peak.

Many tourists ride the iconic Peak Tram to reach the top of Victoria Peak, but for a more affordable and equally scenic ride you should take the number 15 bus up the mountain instead.

The bus will take you on a roller-coaster ride as it navigates the steep and winding roads that lead up to The Peak. Look out for glimpses of the island’s skyscrapers on your right, and get your camera ready to snap the rolling green hills on your left. Then, sit back and relax as you slowly climb higher and higher above the city.

You can get some of the best views of Victoria Harbour

The Island Eastern Corridor is a major flyover running on the coast of Hong Kong Island along North Point. While some people consider the road itself to be a major eyesore, you can get some of the best views of Victoria Harbour from the buses that run along this route.

If you’re heading towards Central, you will be able to see Victoria Harbour and the buildings on Kowloon on the right-hand side of the bus. If the weather is good, you might also see Lion Rock in the distance. You’ll also see some of Hong Kong’s most famous skyscrapers whizzing by as the bus makes its way into Central.

Many buses use the corridor, but a few routes you might want to consider are 720, 780 or 788. These run from eastern Hong Kong Island into Central.

Stanley itself is a very picturesque town, but did you know that the journey into Stanley is equally scenic? There are a couple of different bus routes that travel into Stanley, but all them should have good views of the ocean and the southern Hong Kong Island countryside.

If you’re coming in from eastern Hong Kong Island, the number 14 bus runs from Sai Wan Ho into Stanley. The bus crosses over the narrow Tai Tam Tuk Reservoir Dam, which was completed in 1917. The dam itself is impressive, and you’ll have fun watching your massive double-decker bus trying (and somehow succeeding) to pass through the narrow road on top of the dam.

You can also take the number 6 bus from Central, which passes by Repulse Bay. If it’s nice and sunny, you’ll be able to see the sandy beaches and clear waters of the South China Sea as the bus winds its way towards Stanley.

The number 53 takes a long and winding route between Tsuen Wan and Yuen Long, avoids the highway and stops at every stop along Castle Peak Road.

The route is long, but worth the ride – there are some great views and scenery to ‘gram along the way. Make sure to get the bus from Tsuen Wan, as you’ll get a sweeping view of the Tsing Ma Bridge and Ting Kau Bridge. If you’re lucky enough to ride the bus on a day without smog, you might even be able to see Lantau Island, and the planes landing at and taking off from the airport at Chek Lap Kok on the left-hand side of the bus.