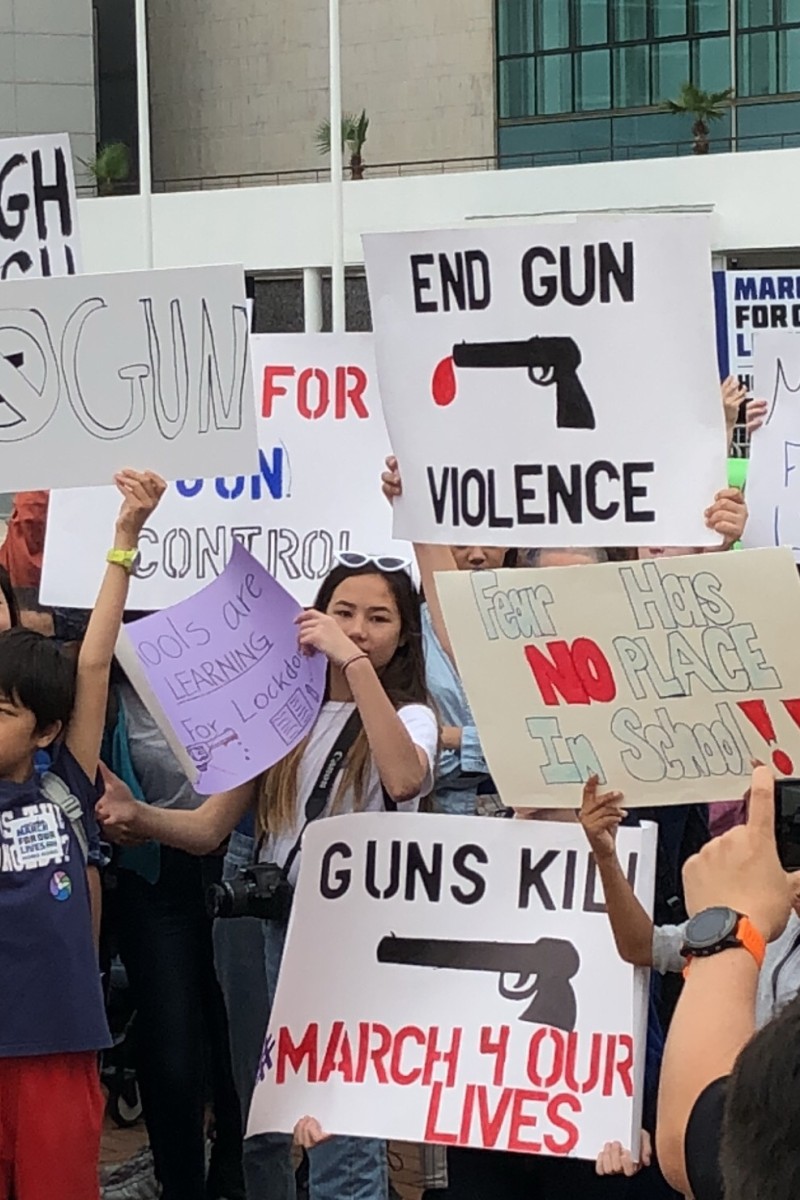 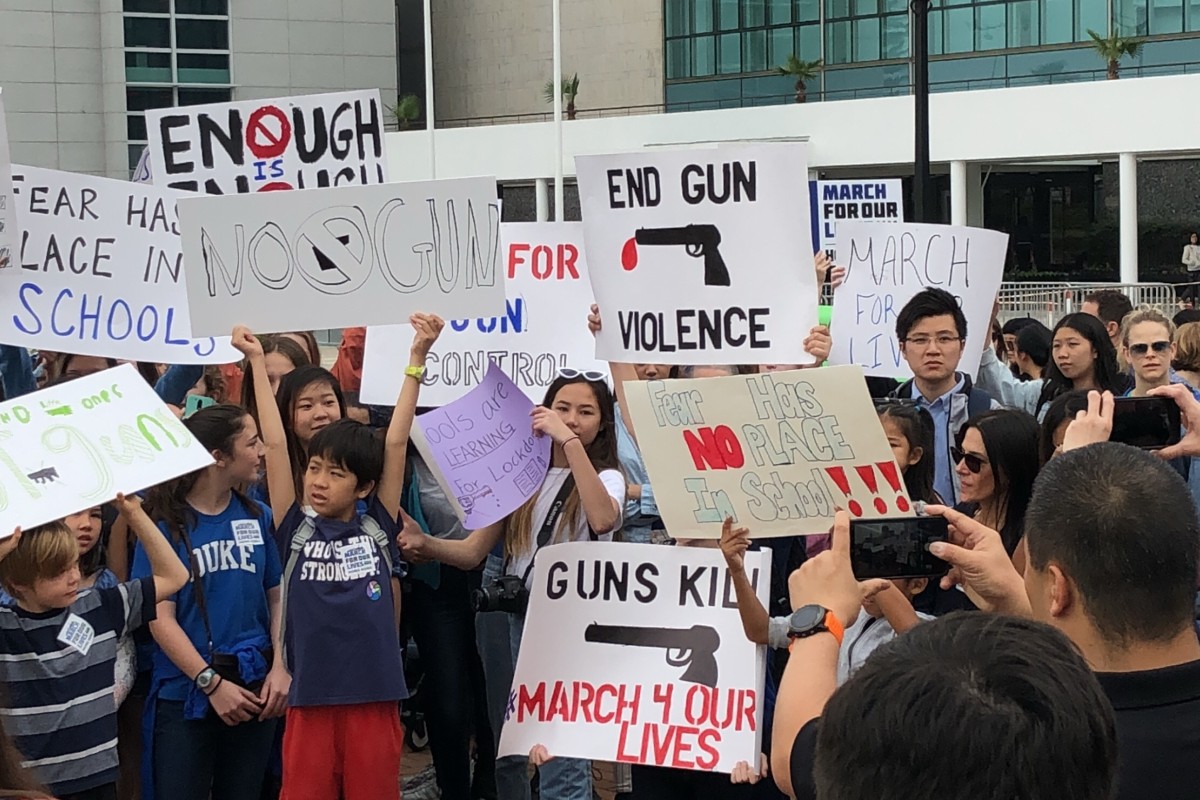 Hundreds of Hongkongers came out for the local March For Our Lives event.

We may not need to March For Our Lives in our famously safe city, but that didn’t stop hundreds of Hongkongers from wearing something blue, and marching in support of American teenagers this morning.

Student organiser Lily Merrett, 15, from International College Hong Kong, told Young Post why she had taken part in the global movement. “I believe we have the right to feel safe in our own environment, and I want to take this opportunity to stand in solidarity with those who face this issue every single day.”

More than 800 marches were organised around the world, mostly in the United States, but also on every continent except Antarctica. The youth-led protests were held to speak out against gun violence and demand tougher laws against weapons following the mass shooting at a Florida school on February 14 in which 17 people were killed.

Some students at the Hong Kong rally were American, and they felt particularly moved to take part in today’s event. The HKIS student, who has been in Hong Kong for seven years, but regularly returns to the US, said: “Here [in Hong Kong] we can only imagine the terror and the fear. But for a student in the United States, this is increasingly becoming a reality.”

Fellow HKIS student Noah Livingston echoed her view, telling Young Post he was marching because “students shouldn’t have to go to school in fear”.

Lindsay also called on her peers to no longer take a backseat on issues that affect them, saying, “apathy is the biggest killer of us all”.

This seemed to be the strongest sentiment across the globe; a feeling that teens need to take matters into their own hands. HKIS student Mehek Jain summed it up by saying, “I can no longer stand by and watch. I want to use my voice.”

If you're thinking of studying overseas, you need to know how to take care of yourself. Young Post is hosting the International Student Safety Seminar on Saturday, April 21. Head to our Facebook events page find out more.