The legendary director sits down to chat about his films, his upbringing, and being peculiar 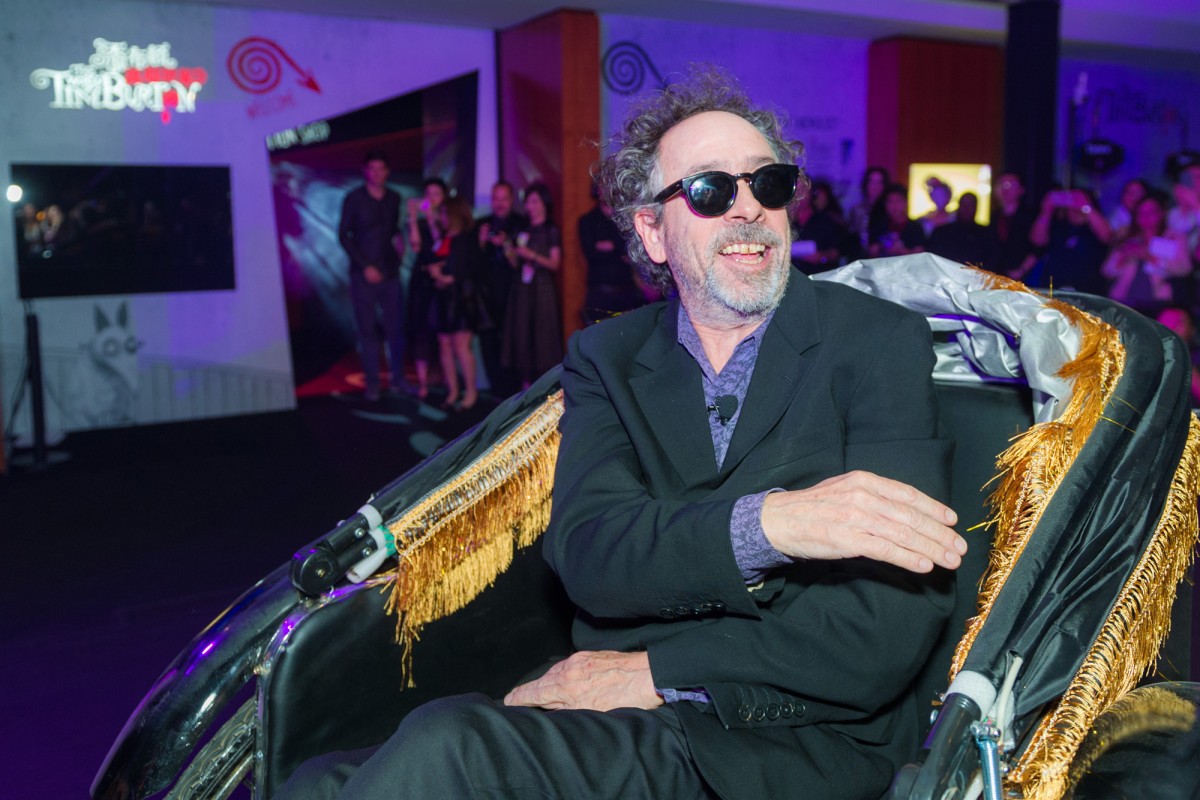 Tim Burton checked out the exhibition on, erm...himself.

The World of Tim Burton exhibition at ArtisTree in Quarry Bay is like a glimpse into the legendary director’s mind, and his mind is ... well, mind-boggling.

“I’m very chaotic, unorganised and I do everything at the last minute,” Burton admits to Young Post. “I’m not very disciplined. I mean, when you’re making a film you have to be disciplined. I do have the capability, but it’s just not in my nature.”

Here are some things that are in Burton’s nature: he’s funny. “I feel like I’m on The X Factor!” Burton laughs after we all take our seats for the interview.

He gives the impression that he can’t stay still. During our chat, he constantly leaned forwards and gestured with his hands non-stop. And right before the group interview with Hong Kong media, Burton paced back and forth in all directions outside the doors. When his name was finally called, he entered the room to be greeted by a constant hum of clicking cameras and a frenzy of flashing lights.

While fans may say his films have a distinct style, he doesn’t consider himself to be a pioneer – that it’s just how he is. And you believe him. Because here is a man who’s dressed head to toe in dark colours, save for quiet accents in his purple and lavender shirt and black and white stripy socks. And aside from his signature, messy, curly hair, there’s nothing that would make you notice him walking down the street. It’s just that by simply being himself, he’s made himself iconic.

Burton is very self-aware and self-deprecating: he knows that he didn’t fit in with others kids when he was young, but he also knows that that wasn’t necessarily a bad thing.

Some of Tim Burton's best ideas started as nothing more than doodles on a napkin.
Photo: The World of Tim Burton

“Even if you feel marginalised or not popular, [remember that] things change,” he advises anyone who feels different or is an introvert.

Meeting the man now, it’s hard to believe that this funny and interesting person might have ever been unpopular, but it’s also very believable because he’s so unique. It’s just a shame that other children saw what made a young Tim different, not what made him special.

Burton also credits his upbringing for his love of all things weird and unusual. He thinks the reason he’s always been drawn to “monster movies” is because they were an escape from his suburban reality. He also finds them beautiful and emotional, which in turn is what he tries to achieve in his movies.

Tim Burton was drawing Jack Skellington character (from The Nightmare Before Christmas) long before he knew what he'd be. "The most important and strongest ones come from, not the intellectual, but emotional mind," Burton says.
Photo: The World of Tim Burton

“I never do things just to be dark,” Burton says. “I try to put humour and emotions into it, because that’s what I think life is made up of. If kids relate to [the darkness in my movies], I think it’s because it’s exploring things you’re not intellectually thinking about, you’re just feeling it. That’s an important part of life.”

Indeed, despite the darkness of films such as The Nightmare Before Christmas, Corpse Bride, Sweeney Todd: The Demon Barber of Fleet Street, Sleepy Hollow and Edward Scissorhands, the central themes are always very human and emotional. For example: feelings of isolation, loneliness, kindness, determination, and being misunderstood – all things most people, and particularly teenagers, can relate to.

While it wasn’t ever something he set out to do, Burton says he’s always very happy when a young person tells him his work made them want to continue being creative. Mostly because Burton is a man who believes in the value of creativity, and he says it’s important to create, even when you’ve been told that you’re not good at it. He offered some by now predictably self-deprecating words of encouragement: “I was not a popular kid and I wasn’t very social. I was a loner, and I ended up semi-okay.” We think far more than semi-okay!