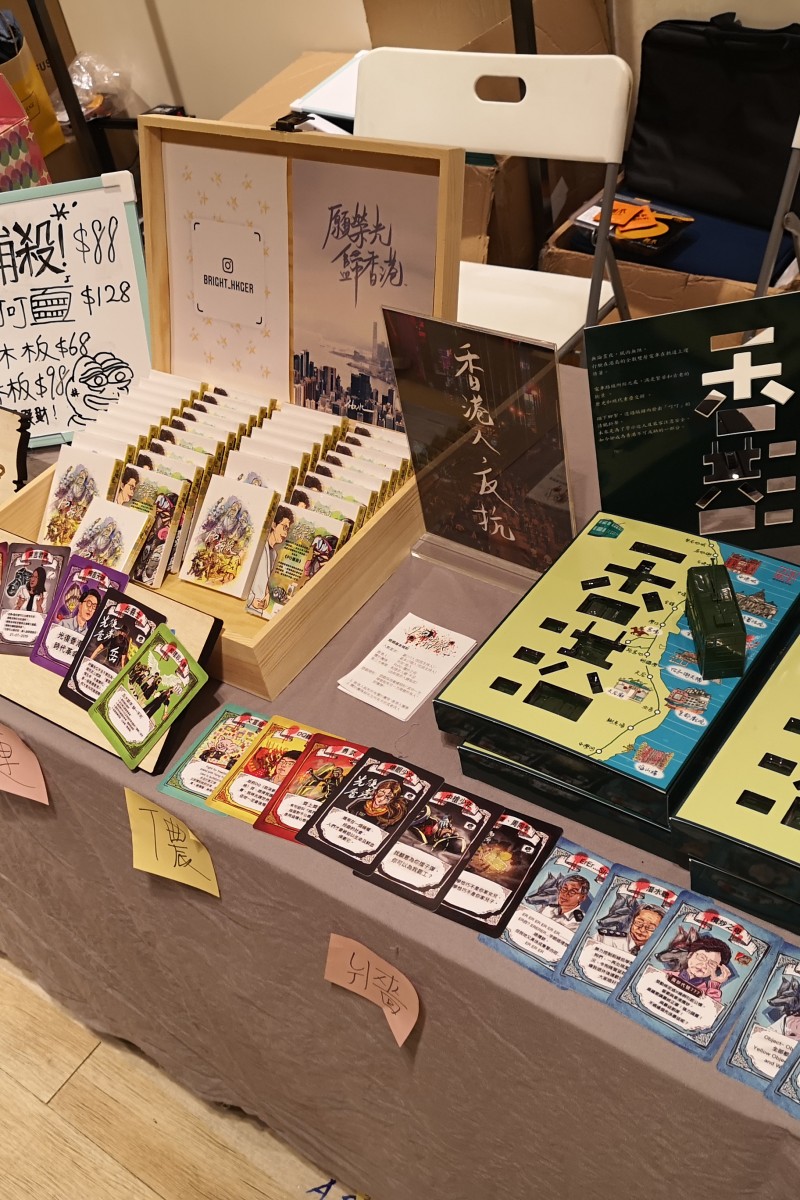 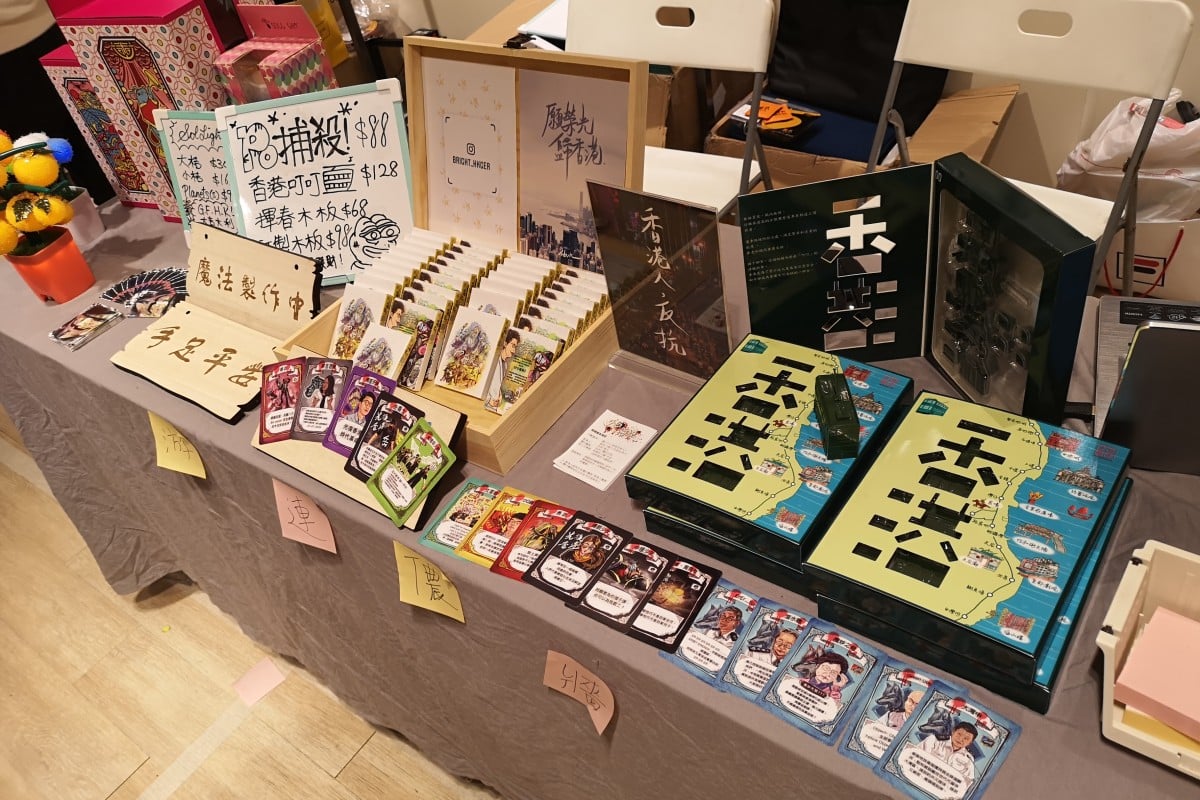 People's creative spirit was on full display, with a card game riffing on the social unrest being a highlight of the fair.

After the announcement by the government saying that no dry goods would be allowed at the Chinese New Year fairs, putting a dampener on any political satire, crowd-organised fairs have sprung up around Hong Kong as part of the "Yellow Economic Circle".

Young Post visited one of the fairs in Causeway Bay, the precise location of which will only be revealed to attendees who have registered to see what’s for sale. Here are the five most interesting items we found.

Ukuleles and guitars on sale are made by Shum's company, where customers can also learn to play them.

Kevin Shum of Giga Music Box, a company that makes ukuleles and other musical instruments (he also teaches people to play them), has been able to sell his wares at the fairs in Victoria Park in the past. This year he has had to find an alternative venue for his colourful products.

Snazzy customised watches for people who want to wear their style or politics on their wrists.
Photo: Wong Tsui-kai/SCMP

Emerson Ho brought his custom watch store to the fair for the first time, offering watches with the Chinese characters “Add Oil, Hong Kong”. “I hope to find some new customers at the fair and lift people’s spirits,“ he said. “These are Hong Kong watches for Hong Kong people.”

Protest merchandise was banned from the official fair, but made an appearance anyway at private venues.
Photo: Wong Tsui-kai/SCMP

Wai Wai, 15, has a modest selection of goods, including notebooks and a hoodie which read “Give me liberty or give me death” on the back. The slogan, which was famously said by Patrick Henry, an 18th-century American revolutionary who supported war with the United Kingdom, has been adopted by protesters all over the world. The hoodie is the stall's “main draw”, as she puts it.

Jake Li has a protest-themed card game up for grabs. Li designed the game himself. It features famous figures from the past months of unrest, ranging from from city leader Carrie Lam Cheng Yuet-nor, to various members of police leadership, to protest figures like Edward Leung Tin-kei.

A line from the protest anthem of Glory to Hong Kong finds its way into an orchid pot.
Photo: Wong Tsui-kai/SCMP

What would a flower market be without flowers? Even though blooms can be sold at the Victoria Park fair, thoughtful florists set up camp here so shoppers could do all their buying in one place. Some flowers came complete with slogans in their pots.

The fair will be open from noon to 10pm every day until January 24. Registration and a ticket are required to enter.