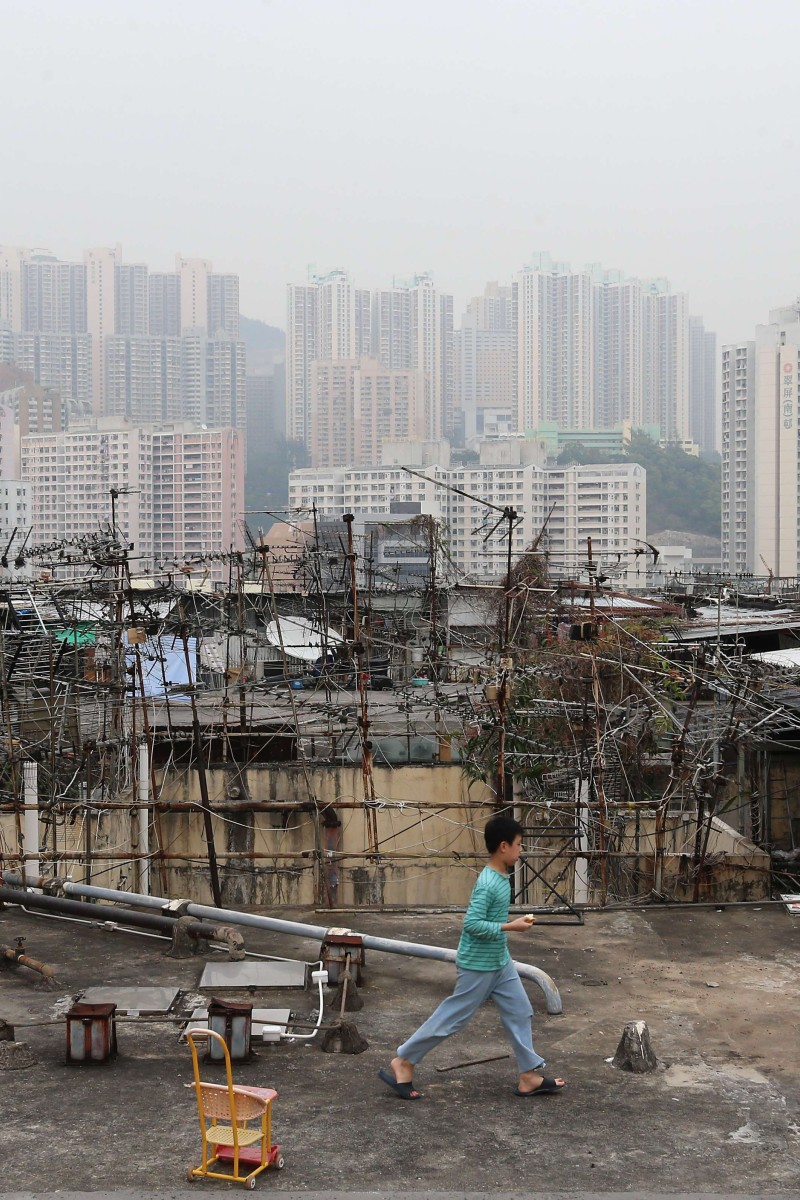 Published: 2:45am, 3 Mar, 2017
By staff writer, with additional reporting by Sebastien Raybaud 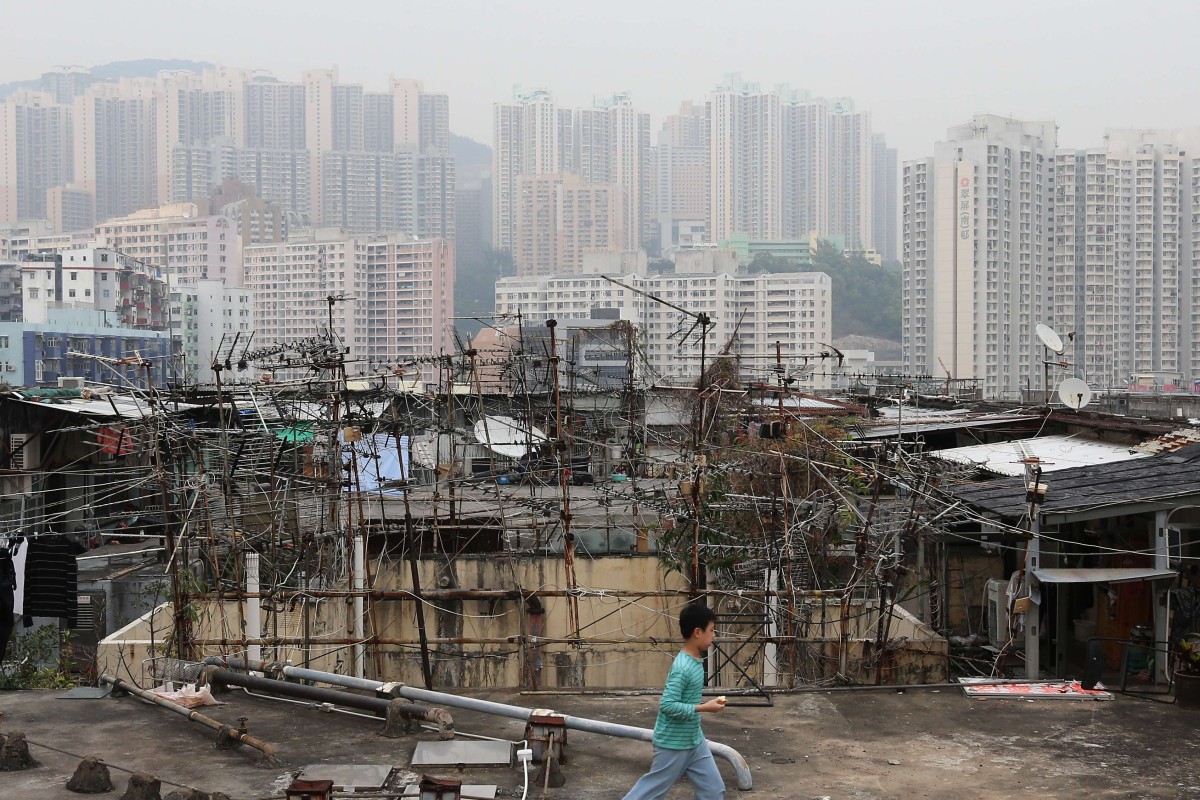 Poverty forces people to live in illegal shacks on rooftop, like this one in Kwun Tong.

Young Hongkongers are more concerned about poverty than their elders. More than 65 per cent say it is a serious problem in the city, Oxfam Hong Kong has found.

A Chinese University survey that took place in January found more than half of 1,000 people thought poverty was a serious problem.

But the survey results, which were released on Thursday, found it was respondents aged 18 to 39 who were most worried. Some 65.4 per cent said the issue was serious.

Although all ages agreed that elderly poverty was the biggest issue, only 35.2 per cent of young people thought the elderly were the most affected group.

Life inside 55 sq ft: sleeping with suitcases, cooking by the toilet and living on less than HK$300

And about two-thirds of all Hongkongers think the new minimum wage of HK$35.5 an hour, which will come into effect in May, is still too low.

City University of Hong Kong student Ruby Leung, 19, thinks that old people are greatly affected by poverty in Hong Kong. “Many low-skilled jobs require a lot of physical work, and older adults do not have the energy to do so, so they cannot work for as long or earn as much as young people.”

Pooi To Middle School student Eunice Yip, 16, says she isn’t affected by poverty, but is seriously worried about it.

“My family isn’t really rich, so I am actually concerned. Salaries aren’t going up, but inflation is.”

Intergenerational poverty is when a person continues to live in poverty as an adult after growing up in households with limited means. This is because the effects of growing up in poverty, such as poor education and ill-health, continue to affect their lives.

Oxfam Hong Kong programme manager Wong Shek-hung said poverty was a particular concern for young people as they were often on low wages themselves.

“They are feeling very frustrated,” she told SCMP. “I think they experience the problem now existing.”

Almost one million people in the city are living in poverty according to the government’s 2015 Poverty Situation Report – and about 30 per cent of them are elderly, Wong said.

“The poverty in Hong Kong is very serious,” Wong said. “Elderly poverty is still the greatest challenge to Hong Kong.”

People in general were more concerned with the issue than in the past, Wong said, with many supporting policy changes that would alleviate poverty.

Nearly 40 per cent of all respondents wanted to see the minimum wage increased to over HK$45 an hour, while a quarter wanted it to range from HK$40 to HK$45, the survey found.

Oxfam has called on the government to review the minimum wage annually, rather than every two years, as it consistently lags behind inflation.

The group also wants to see the government extend the retirement protection system so elderly living with their children can also get financial support.