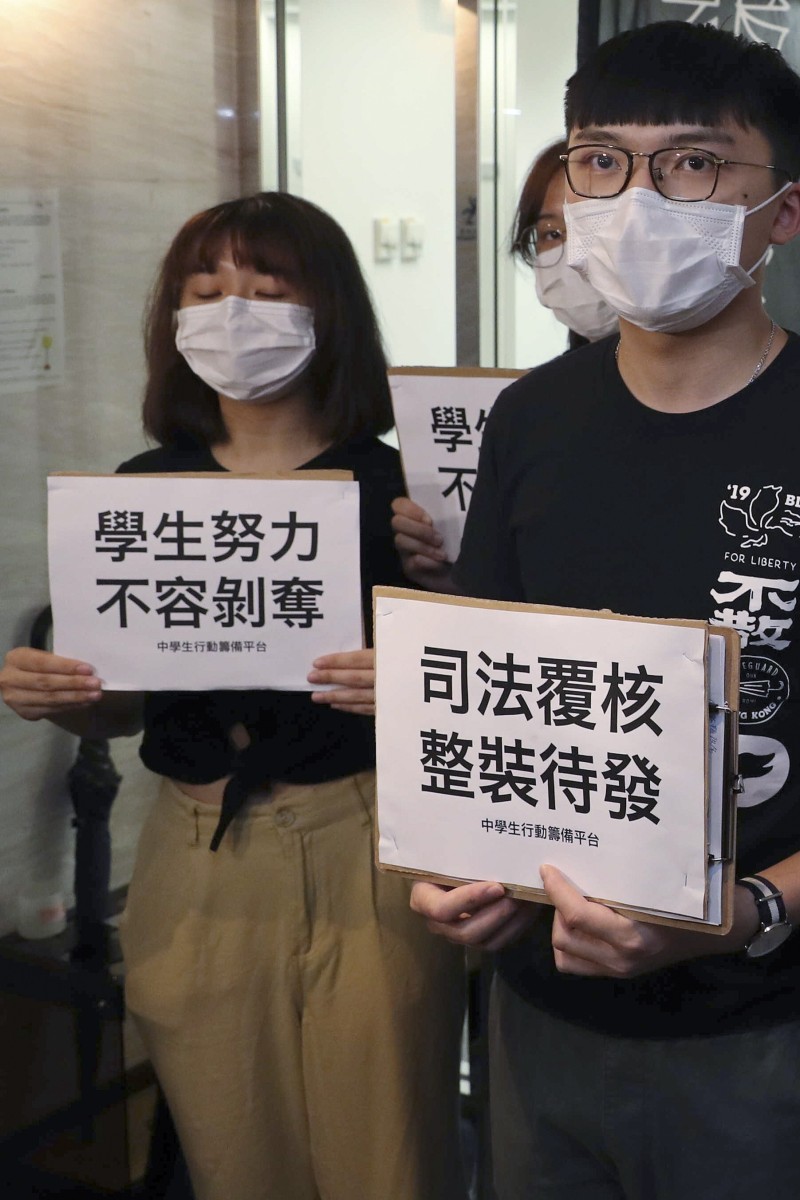 The group is made up of student bodies including Demosisto 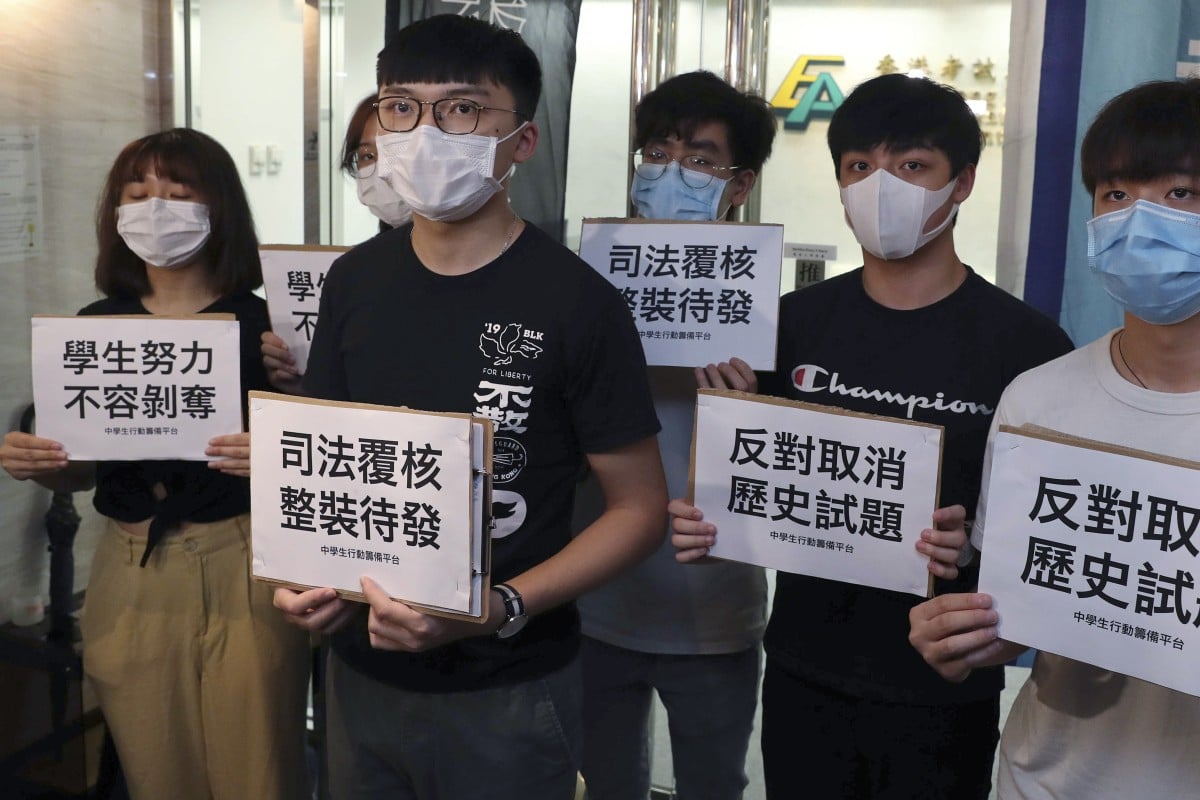 Candidates have suggested they would use legal means to stop the HKEAA and EDB from striking the question off the exam.

Student groups plan to take legal action against the government regarding the potential cancellation of a HKDSE History question. The question on last Thursday's exam asked whether Japan did more good than harm to China between 1900 and 1945.

Hong Kong Secondary School Students Action Platform, formerly known as the Preparatory Platform of Class Boycotts in Secondary Schools, announced they would apply for a judicial review of the Education Bureau (EDB)’s decision to pressure the Hong Kong Examinations and Assessment Authority (HKEAA) to scrap the controversial question; and an injunction forbidding the HKEAA from doing so.

The platform was co-founded by student groups including Demosisto, Ideologist and Demovanile.

In a press conference held outside the office of the HKEAA in Wan Chai on Monday, Demosisto’s vice-chairman Isaac Cheng Ka-long said, “We’re here today to oppose the Education Bureau’s intervention on HKEAA’s decision-making… and we urge them not to take away candidates’ marks.”

The eight-mark question read: “‘Japan did more good than harm to China in the period 1900-45.’ Do you agree? Explain your answer with reference to Sources C and D and using your own knowledge.”

Source C was an excerpt from an article by Ume Kenjiro, head of Japan’s Hosei University (University of Law and Politics) published in 1905, while Source D contained an extract from a letter written by Chinese revolutionary leader Huang Xing to Inoue Kaoru, a Japanese politician, in January 1912; and an extract from a contract signed in February 1912 between the Provisional Government of the Republic of China and the Mitsui zaibatsu, or financial conglomerate, to which Kaoru had close links.

HKDSE 2020: Nothing unexpected in Geography exam, as it asks questions about sustainability and urban development

After the exam on May 14, the Education Bureau said the question was “a leading one, which may lead candidates to reach a biased conclusion, seriously hurting the feelings and dignity of the Chinese people who suffered great pain during the Japanese invasion of China. The EDB deeply regrets and condemns the design of such a question in a public examination.”

It demanded the HKEAA seriously follow up on the matter and provide a reasonable explanation to the public. It also urged the HKEAA to review the question-setting mechanism and make prompt improvements.

The following day, the EDB asked the HKEAA to strike the question from the exam.

The HKEAA responded by saying the EDB’s request would affect candidates’ results and the exam assessment process.

Education sector lawmaker Ip Kin-yuen (front row L3) and other teachers of Chinese History are among many who weighed in on the controversial question. K. Y. Cheng

The Students Action Platform had started a petition alongside several teacher organisations to oppose the EDB’s alleged political intervention in exam assessments, gathering more than 60,000 signatures in the past three days.

The student groups were in discussion with legal professionals to draft the relevant legal documents needed for a judicial review. “If the HKEAA ends up cancelling the question because of the pressure from the EDB, the Platform will file a judicial review against the EDB for its abuse of power,” their statement said.

At the same time, it would also apply for an injunction order preventing the HKEAA from scrapping the question.

In its statement, the platform also said that several experienced history teachers said that neither the type of question nor its content was problematic.

“Candidates must use the sources and their own knowledge to argue and counter-argue so it was definitely not a ‘leading question’. Rather, the real biased person was Kevin Yeung Yun-hung, the Secretary for Education who put his political stance above academics and said the question did not have ‘any room for discussion, that Japan only did harm and there was no good’,” it said.

At the press conference, Cheng also said that the HKEAA was independent from the EDB, and not subordinate to it. Therefore, the demand made by the EDB was an abuse of power,stressing that the question must not be cancelled because of political pressure.

“If this became a precedent, other subjects like Chinese History and Liberal Studies might face even more political pressure, and the problem of self-censorship will worsen,” he said.