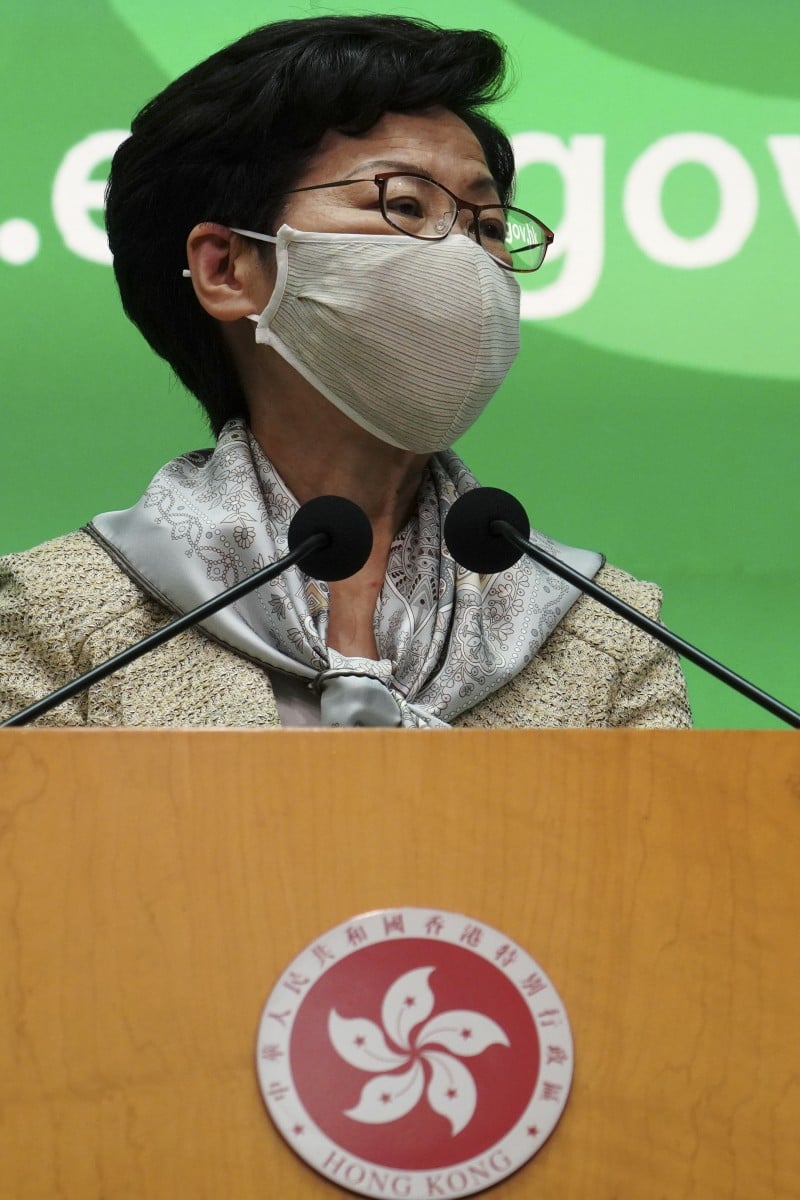 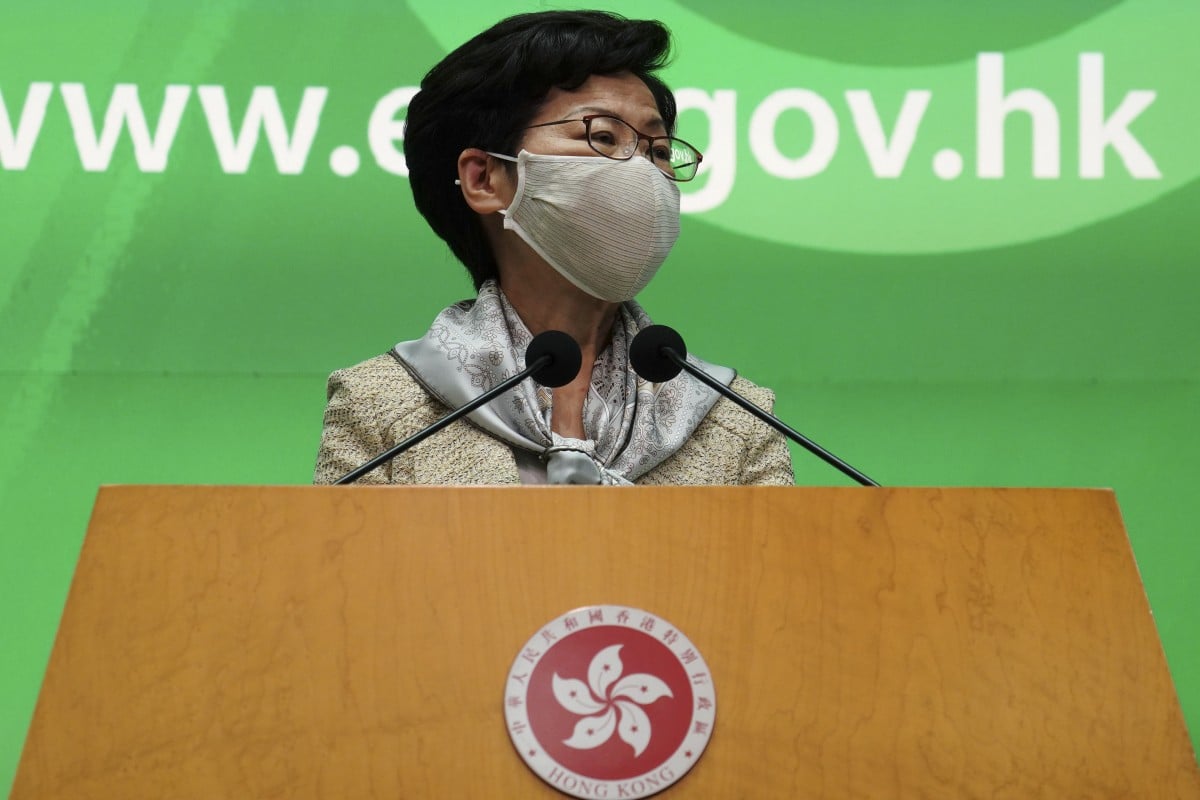 Chief Executive Carrie Lam denied that the extension of the ban of gatherings of 8 or more people was meant to suppress the annual June 4 vigil.

Hong Kong’s leader signalled that the city would extend social-distancing measures, despite objections from pro-democracy groups that a ban on large gatherings was being used to suppress protests.

Chief Executive Carrie Lam Cheng Yuet-ngor said before a regular meeting of her Executive Council advisory panel on Tuesday that Hong Kong needed to “remain vigilant” after new coronavirus infections broke a 23-day streak of no local cases. She denied that a desire to prevent gatherings, such as an annual June 4 vigil commemorating the 1989 crackdown on Tiananmen Square activists, weighed on the decision.

“There’s no political consideration at all on certain anniversaries or political gatherings and so on,” Lam said. “Our only consideration is public safety and public health concerns.”

Too little, too late for the Hong Kong government's free masks?

Measures that could be extended include a ban on gatherings of more than eight people. “There’s no need to relax any measures, but there’s no need to tighten any other measures,” Lam said, citing medical experts advising the government.

The likely extension comes after Hong Kong, which avoided the full lockdowns of other big cities, relaxed some social-distancing measures, including the earlier easing of a ban on more than four people gathering together. They city also allowed civil servants to return to their offices after working from home.

Even though the city has seen few local cases, Hong Kong has continued to keep social-distancing measures in place at a time it is seeing a fresh burst of anti-government demonstrations. Some protesters have expressed fears that Lam’s administration could continue imposing restrictions to suppress pro-democracy rallies and could prevent the annual June 4 vigil in Victoria Park, which usually attracts tens of thousands of people.

Lam said authorities had not been able to trace the source of some recent infections and that was likely a sign there was some silent, or asymptomatic, transmission of the virus. However, she said it was probably impractical to wait a full 28 days without local transmission before deciding whether to relax measures.

The city will increase its testing capacity to conducting 7,000 tests per day – up from around 4,500 now, Lam said. The government was still planning to follow through on its plans of a phased reopening of schools, she added.