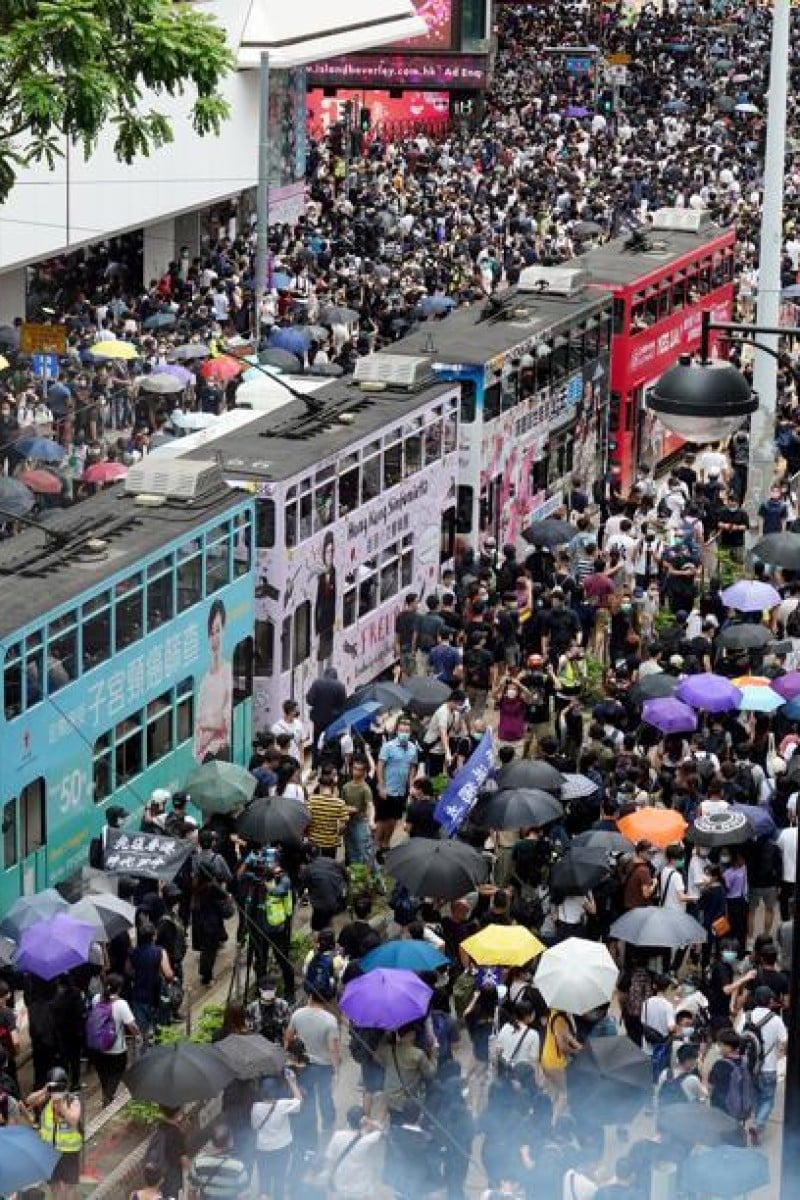 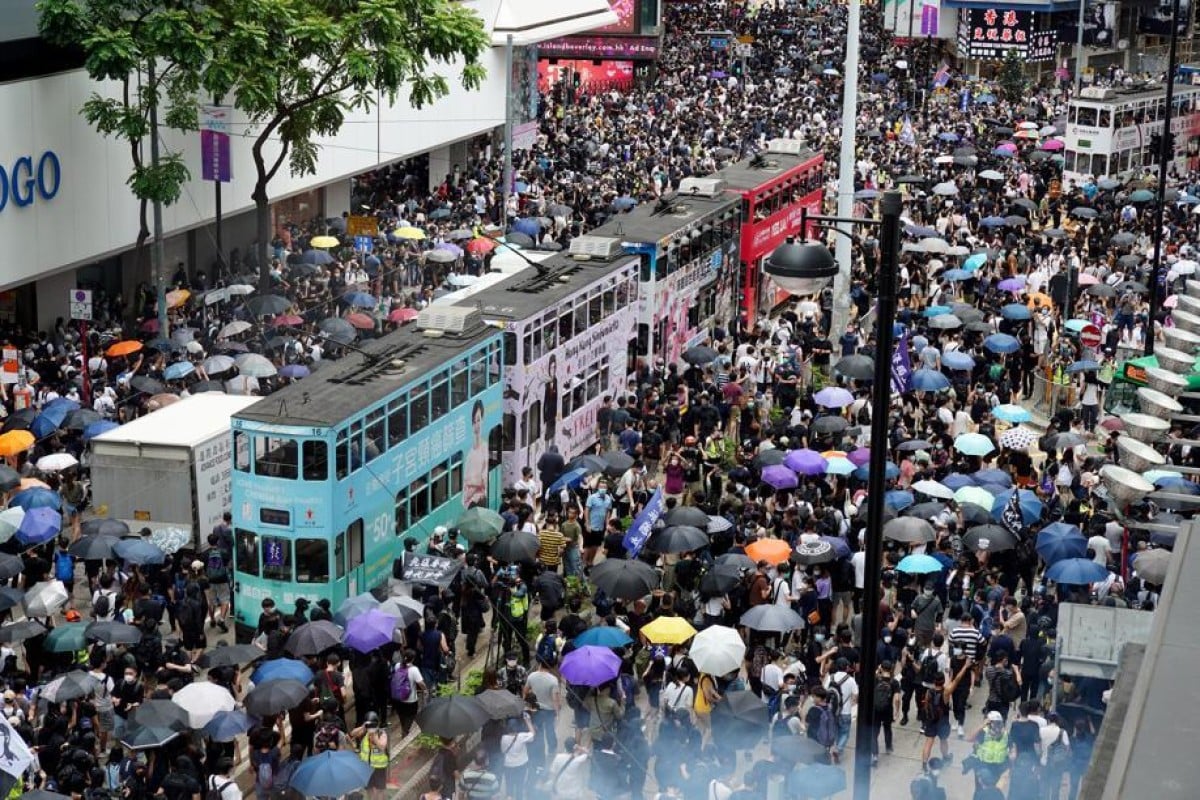 Protesters gather near Sogo department store in Causeway Bay for a march between Causeway Bay and Wan Chai to protest against the government's proposed enactment of national security law.

Calm returned to Hong Kong after protesters took to the streets on Sunday against Beijing’s plan to introduce a security law to the city.

Many Hongkongers fear the idea will be the end of the city’s freedom; others were worried about how it would work with Hong Kong’s Basic Law.

Hong Kong’s security minister John Lee said in a statement that he welcomed the law, after a video of protesters beating a lawyer became public.

On Friday, the day the national congress opened, Beijing introduced a plan to set up a security law for Hong Kong, saying it would guard national security and prevent terrorism.

The idea was swiftly criticised by pro-democracy Hongkongers and a number of Western nations because it goes against a treaty China signed with Britain, saying that it would not move to take control of the city for 50 years.

The US Secretary of State Mike Pompeo called for Beijing to reconsider the move, and warned that the US would respond if it went ahead. The last British governor to Hong Kong, Chris Patten, called the central government a dictatorship, and said China has betrayed the city’s people.

Meanwhile, Taiwan President Tsai Ing-wen said Taiwan would provide the “necessary assistance”  to the people of Hong Kong. Since the protests began, some activists have fled to Taiwan for refuge. Tsai also added that bullets and repression were not the right way to calm Hongkongers’ desperation for freedom and democracy.

A timeline of the national security bill

Residents worried about Beijing’s planned national security law for Hong Kong can submit their views to the National People’s Congress via an online platform, the city’s sole delegate to China’s top legislative body, Tam Yiu-chung,  said yesterday. But local legal scholars said there was little chance of Hongkongers having any meaningful input in the process.

The journalists' union expressed concern that the new law could greatly affect journalists, who are currently free to quote people critical of Beijing.

At least 180 people were arrested on Sunday on suspicion of unlawful assembly and disorderly conduct in a public place.