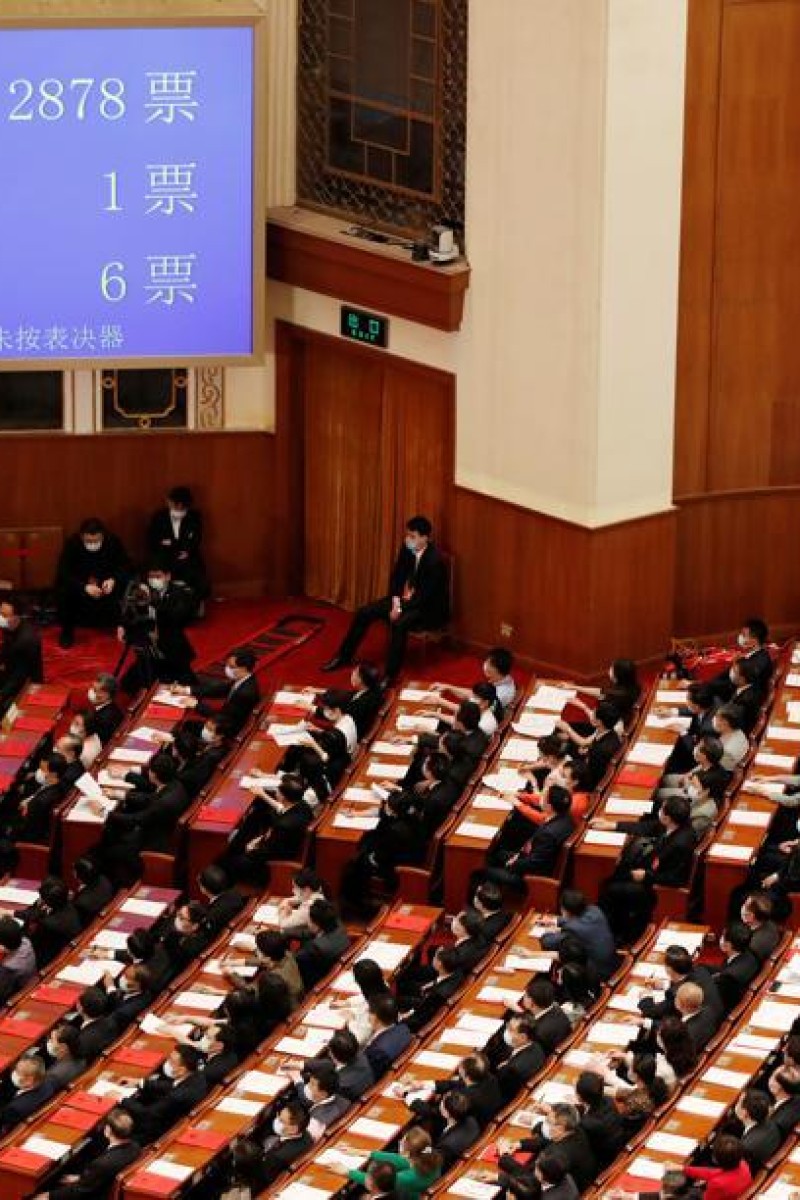 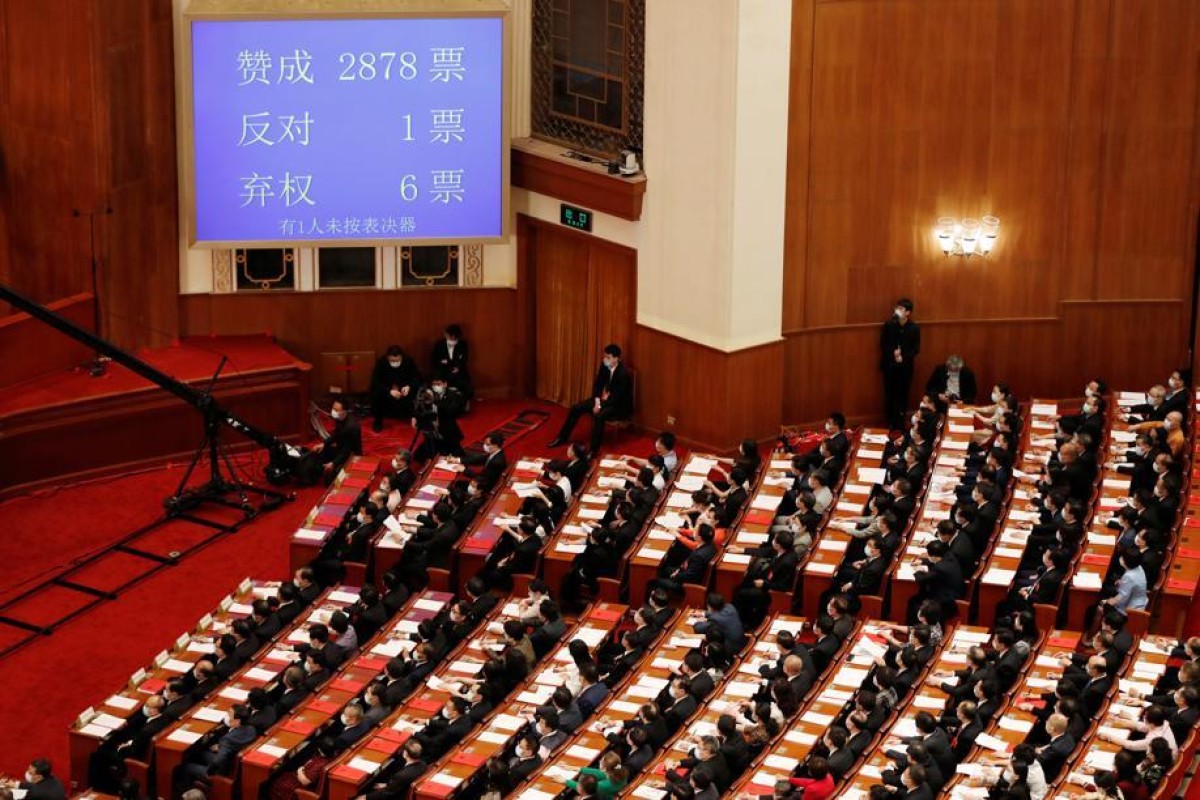 A screen shows the results of the vote on the national security legislation for Hong Kong Special Administrative Region at the closing session of the National People's Congress (NPC) at the Great Hall of the People in Beijing. Photo: Reuters

China’s ceremonial legislature on Thursday endorsed a national security law for Hong Kong that has strained relations with the United States and Britain.

The National People’s Congress approved the bill as it wrapped up an annual session that was held under intensive anti-coronavirus controls.

The vote means the NPC Standing Committee is now authorised to propose a law prohibiting acts of secession, subversion, terrorism or conspiring with foreign influences in Hong Kong.

The Hong Kong security law will alter the territory’s mini-constitution, or Basic Law, to require its government to enforce measures to be decided later by Chinese leaders.

The measure and the way it is being enacted prompted Washington to announce it no longer will treat Hong Kong as being autonomous from Beijing.

Activists in Hong Kong have complained the law will undermine civil liberties and might be used to suppress political activity.

The legislature also approved a government budget that will increase spending to generate jobs in an effort to reverse an economic slump after Chinese industries were shut down to fight the coronavirus pandemic.