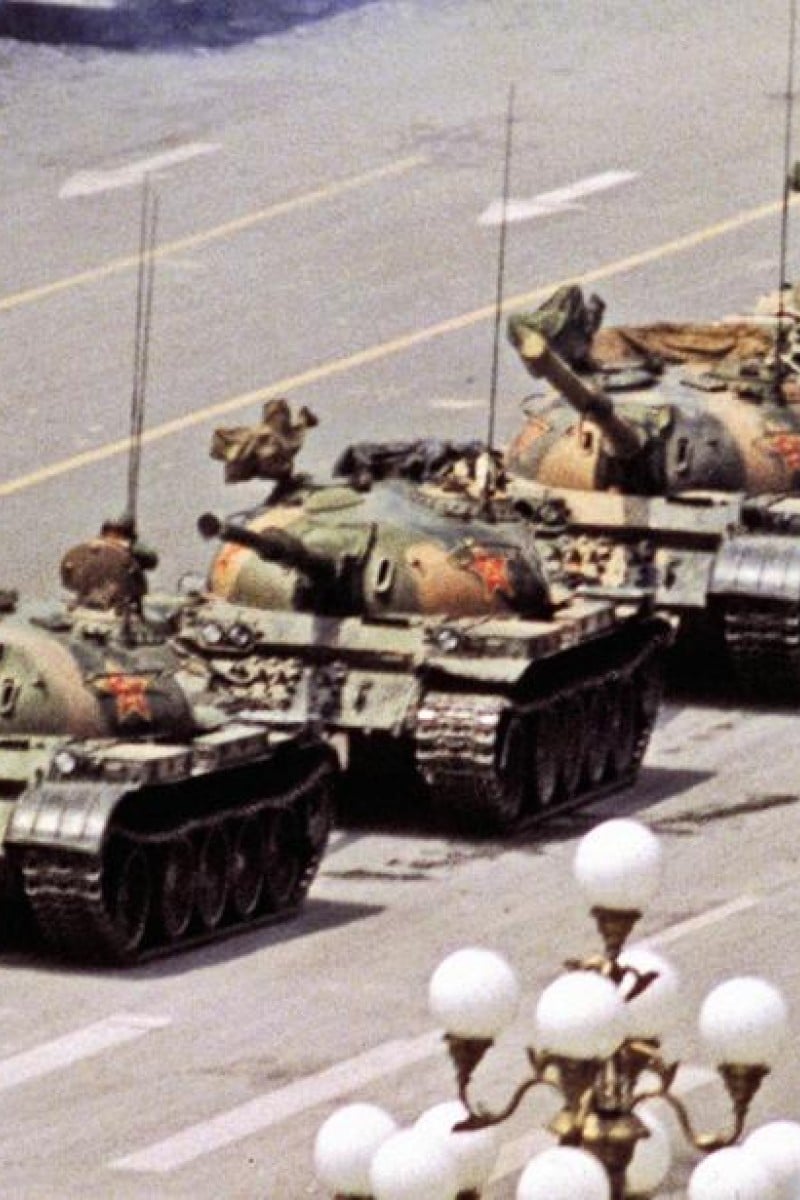 The truth about the Tiananmen Square crackdown: What’s missing from Hong Kong textbooks? 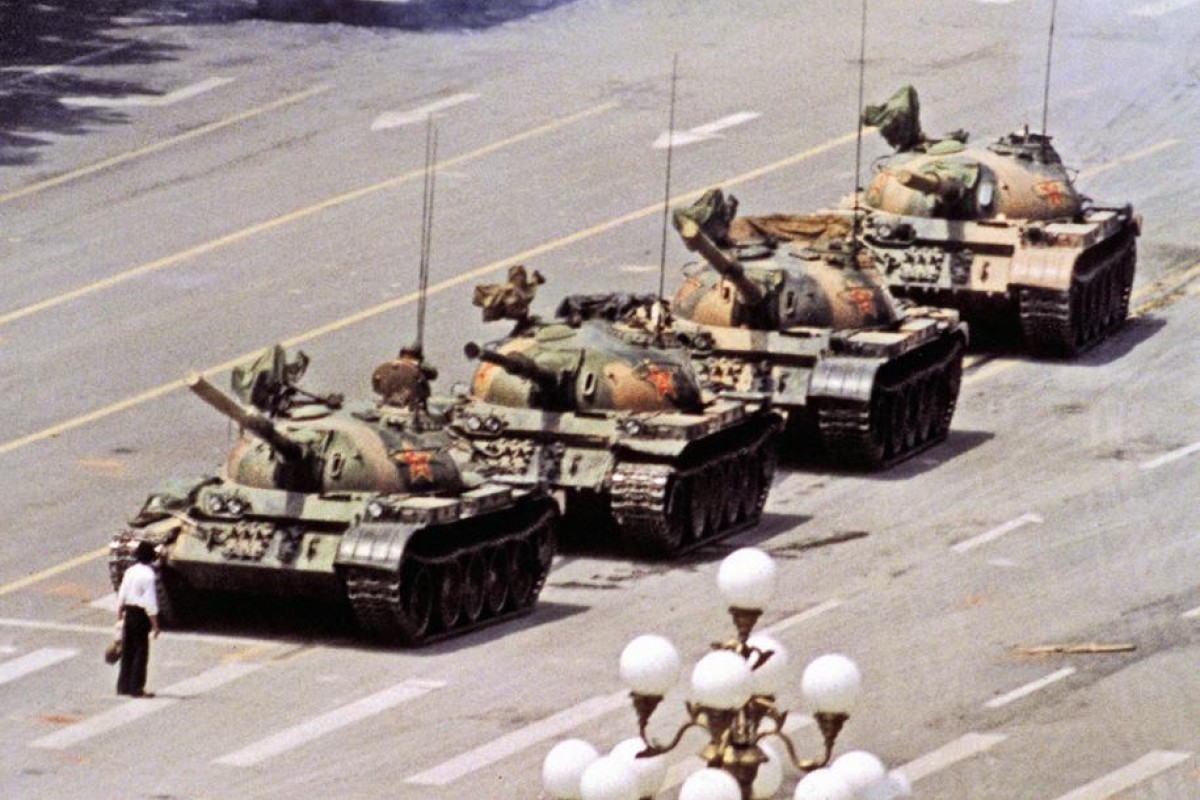 On June 5, 1989, a lone man confronts a column of Chinese tanks on Chang Ahn Boulevard just a day after a military crackdown which left scores of dead.symbol for democracy and freedom of rights. Photo: AP

For the first time in 30 years, the annual Tiananmen Square candlelight vigil has been banned by police, citing concerns over the spread of the coronavirus.

The historical event is part of Hong Kong’s secondary school curriculum. But given the recent scrapping of an HKDSE history question that touched upon Sino-Japanese relations, some might wonder whether June 4 will remain on the syllabus – and how neutral that information will be.

In Hong Kong, the June 4 incident is touched on in primary school during General Studies classes, then taught in DSE Chinese history classes in Form Five. The most popular resource used to teach it is the 2014 edition of a textbook, whose title translates to High School Chinese History, published by Modern Educational Research Society.

Mention of the incident, and its influences on modern China, are found on seven of the 67 pages in the section on “Reform and Opening Up”, otherwise known as Chinese economic reform, which began in 1978. In the book’s “External Relations” section, there are a few more paragraphs scattered across several pages about how the incident has affected China’s diplomacy.

Young Post spoke to Chan Che-wai, a retired Chinese history teacher with 30 years of teaching experience, about the accuracy and comprehensiveness of the book.

“In general, the textbook provides an accurate description of the June 4 incident and mentions the important events and how they unfolded. It is clear and easy to understand,” said Chan, who now lives in Germany.

A group of journalists supports the pro-democracy protests in Tiananmen Square. Photo: Reuters

The book provides a detailed timeline, from the death of then-general secretary of the Communist Party of China, Hu Yaobang, on April 15, 1989, to June 5, a day after the crackdown. All the facts, based on a book published by local newspaper group Ming Pao, are in line with the general documentation of historians and journalists regarding the incident.

However, he adds, by labelling the historical event the “June 4 Incident” instead of a “democracy movement”, the textbook neglects the nature of the event, and attributes the causes of the incident to economic and social problems after the reforms.

Chan says the book is trying to fit a narrative popular on the mainland, that “the road of Reform and Opening Up is rugged and bumpy”.

“But the main factor that led to the June 4 incident was actually the absence of political reforms,” he said.

The book’s third chapter – “Reform and Opening Up, Deepening Reform” – talks about how the democracy movement began on the mainland in late 1978.

It details how young activist Wei Jingsheng put up posters demanding “democracy”. He was arrested in 1979 and jailed for 15 years.

The book also discusses the countrywide student movements that erupted in 1986. Students were protesting, demanding democracy, press freedom, and changes in the political and economic systems.

But time and again, the book presents these events from Beijing’s perspective, Chan says, stressing that “the students’ demands exceeded what the Chinese Communist Party could tolerate”. In terms of the crackdown itself, the book says that the CCP’s ordering the army to enter Tiananmen was intended to ease tensions there, rather than suppress the protest.

People raising their candles at the June 4th Candle Light Vigil, marking the 30th anniversary of the Tiananmen Square crackdown in 1989 in Victoria Park, Causeway Bay in 2019.But, “All these narratives strip away the legitimacy of the people’s pursuit of political modernisation and reform,” Chan says. “It also diminishes the accountability of leaders like Deng; this kind of depiction is not fair.”

On the sidebars of the pages about the incident, Deng Xiaoping’s quotes appear in speech bubbles. Little to no other comments about the incident is provided to give another perspective on the events. “They were not just some crowds who were incapable of discerning between right and wrong, but some opposition protesters and a massive number of offscouring of society,” Deng said five days after the crackdown in one of the quotes.

As for comments in the textbook about Deng Xiaopeng by politicians and scholars, out of the six included quotes, four of them praise him while two are mixed in their opinion of him. There is no direct criticism.

Parents of students who lost children at Tiananmen Square speak out

The textbook also neglects to mention how Hong Kong and overseas Chinese students supported and donated to the cause. “It’s unreasonable not to mention this in the sidebars or boxes,” Chan says.

Chan believes that the curriculum designers want to distil the June 4 incident down into simply one of  many events following the economic reform, rather than a democracy movement in its own right.

“I also think they want Hong Kong students, who are living under the framework of One Country, Two Systems, to be content with their existing degree of freedom ... rather than striving for more freedom and freedom in China, or demanding any political systematic reform,” he says.

He said however, that people should not blame the author or publishers for all these biases, as the book had been reviewed by the government officials in Hong Kong who designed the curriculum.