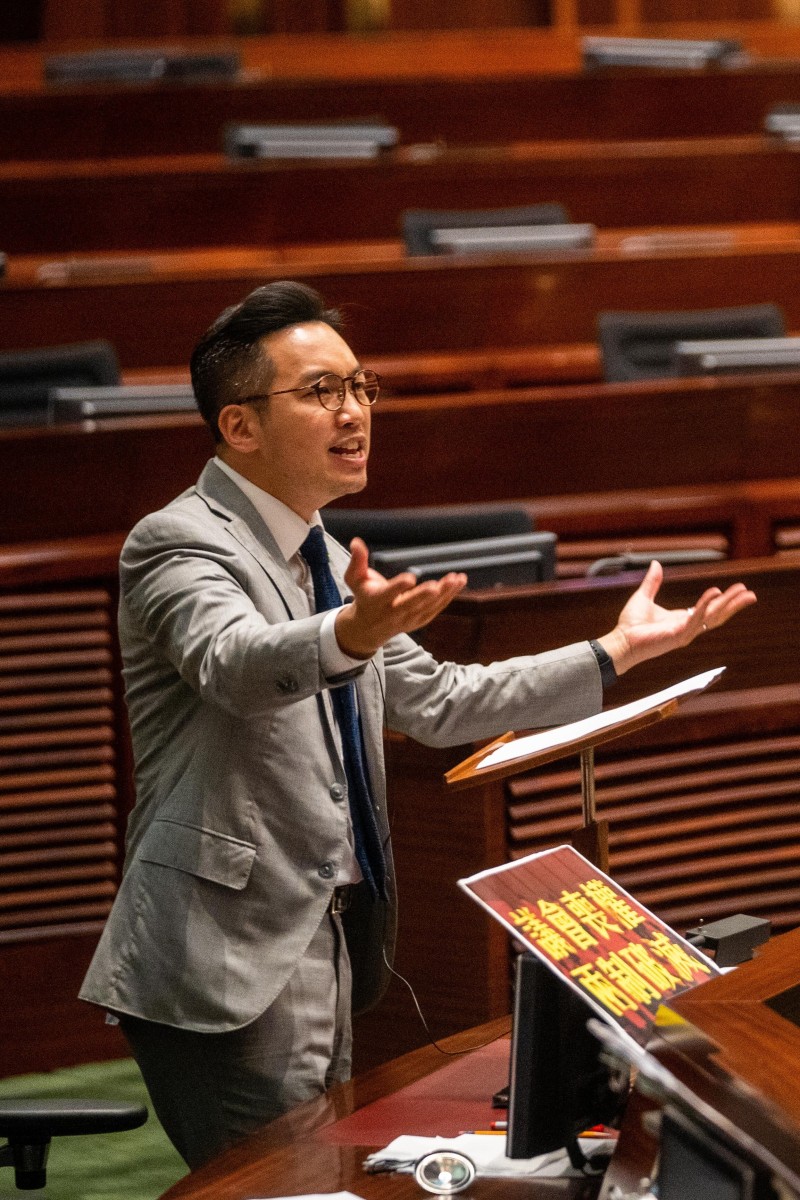 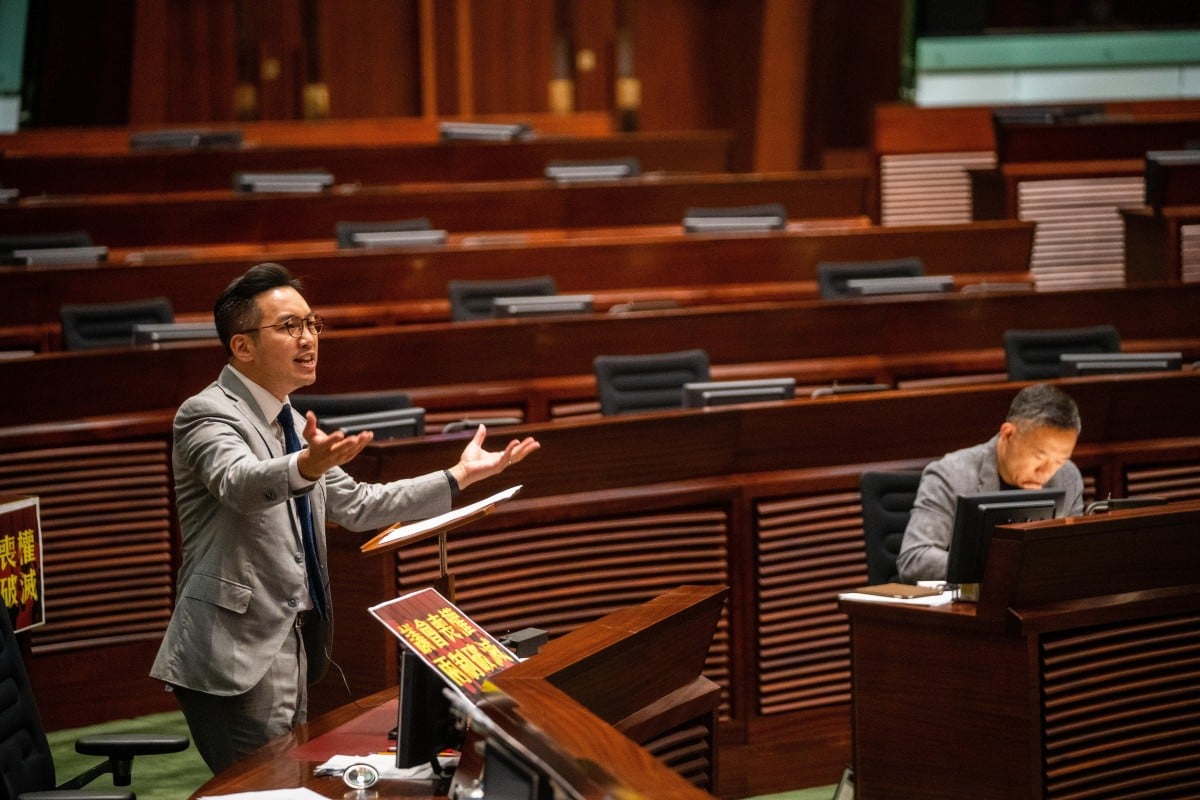 The controversial National Anthem Bill passed in Legco, despite objections from opposition lawmakers such as Alvin Yeung Ngok-kiu of the Civic Party. Photo: DPA

Lawmakers approved the bill with 41 in favour and one against, but the chamber’s pro-democracy faction refused to cast their votes and instead shouted slogans denouncing the law.

The vote came as Hongkongers mark the 31st anniversary of China sending tanks and troops to crush pro-democracy protests in Beijing’s Tiananmen square.

Hong Kong’s national anthem law explained: What is it and why is it controversial?

Beijing has been infuriated by Hongkongers – especially football fans – booing the national anthem to signal dissatisfaction with China’s rule.

The new law, which needs to be signed by Chief Executive Carrie Lam Cheng Yuet-ngor, criminalises insults to the national anthem, with up to three years in jail and fines of up to HK$50,000. It will come into effect on June 12.

A ventilation pipe had to be installed after a pro-democracy lawmaker dropped a pot of pungent liquid in the chamber. Photo: AP

The city’s pro-democracy opposition say the bill is a fresh attempt to criminalise dissent, and fights have broken out between rival lawmakers over the legislation.

Thursday’s vote was delayed after a lawmaker threw a jar of foul-smelling fertiliser in the legislative chamber to protest China’s refusal to acknowledge the Tiananmen crackdown.

The debate was later moved to a different room and the bill was swiftly passed.