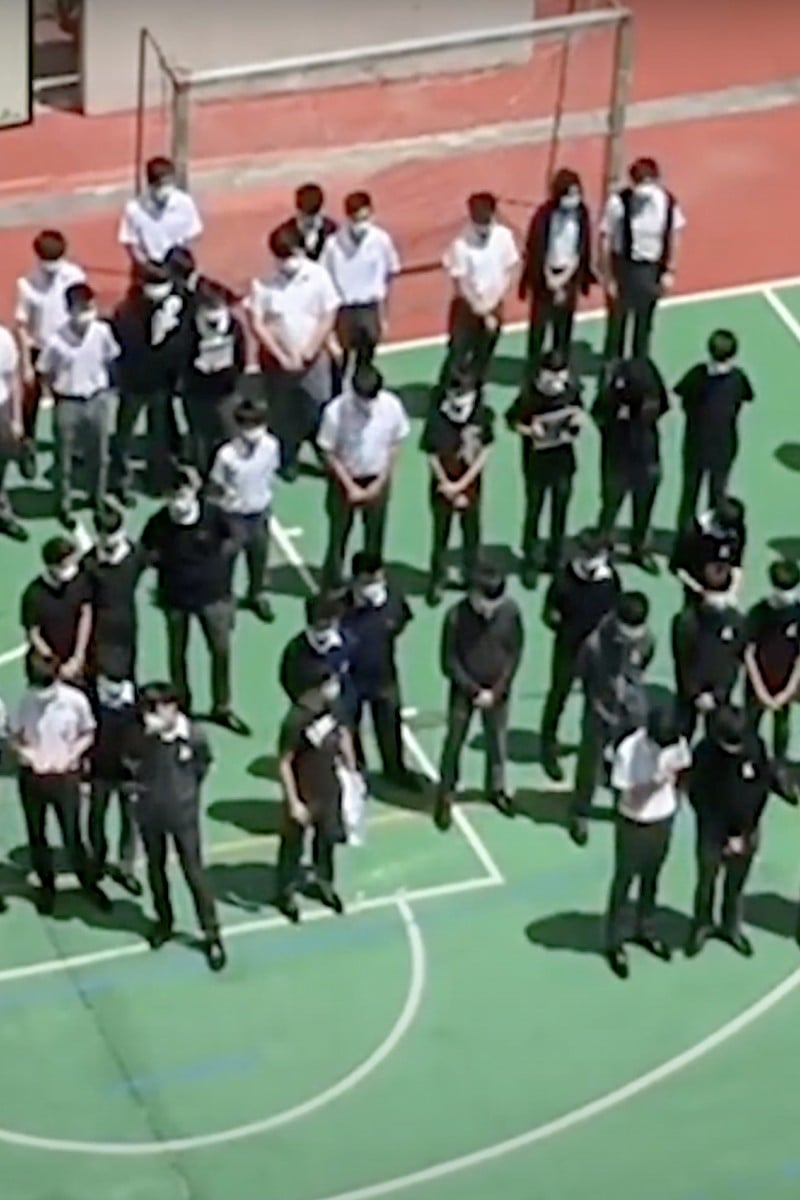 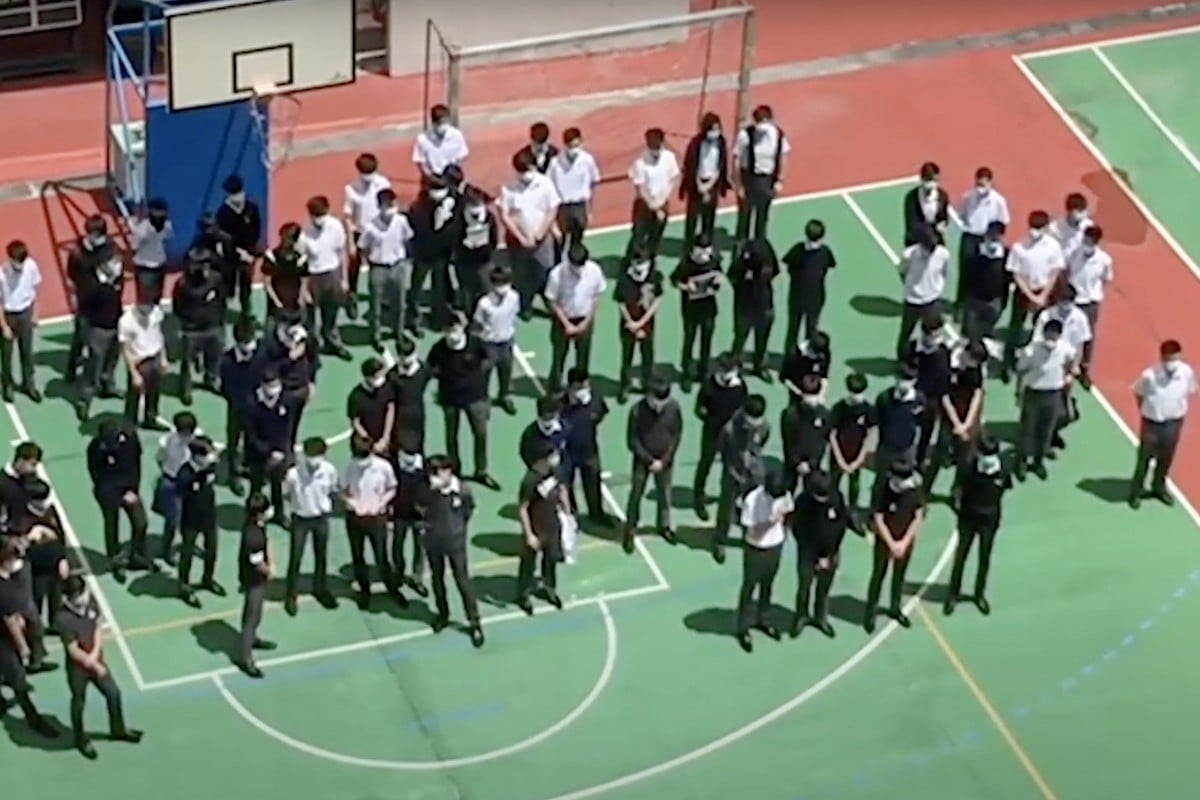 Students at Ying Wa College mark the anniversary of the death of a protester, singing the anti-government movement anthem "Glory to Hong Kong". Photo: YouTube

School administration at Ying Wa College in Sham Shui Po said it would take disciplinary action after students defied the education minister and protested on campus, an incident its principal said was being taken “very seriously”.

The Education Bureau was also expected to get involved and a spokeswoman said the bureau was “highly concerned” about what had happened.

Earlier this week, a group of about 80 students chanted pro-independence slogans including “Hong Kong independence, the only way out”, and sang the anti-government movement’s anthem, Glory to Hong Kong.

Organised by the school’s pro-democracy student concern group, the break-time event was held to mark the first anniversary of the death of protester Leung Ling-kit, who died after falling from scaffolding in Admiralty last June.

Last week, Secretary for Education Kevin Yeung Yun-hung told students not to chant slogans or sing songs with political messages as it was “clearly propaganda”, and schools should discipline those who refused to stop after being asked to do so by teachers.

In a letter to parents and students on Wednesday, principal Allan Cheng Kwun-kit said those involved in the protest had “behaved in a way which deviated from the bureau’s and the school’s guidelines”.

Cheng added: “Follow-up counselling and disciplinary actions, including meeting the students involved and eliciting parents’ support, are in progress. We wish to remind our students once again of the need to have mutual respect for each other and to distinguish right from wrong in order to become law-abiding, responsible citizens.”

The school also published a statement on its website saying it opposed any pro-independence slogans and remarks, adding that teachers had also attempted to persuade students not to do so on Monday.

But a source told the SCMP that Cheng resigned in May for family reasons and would leave in August next year, and a Form Five student, who only gave his surname as Wong, said the group had “nothing to fear”.

Wong said the principal had not told the pupils what form the punishment might take, but what did concern them was the erosion of freedom of expression.

“We don’t know who the new principal will be,” he said. “It could be someone appointed by the Education Bureau on a political mission to oppress students and silence dissent.”

The bureau spokeswoman said the school had been asked to submit a report on the protest and take guidance and disciplinary measures.

Students at the school also protested during last year’s civil unrest, with more than 200 joining a class boycott, and chanted slogans on the basketball court in early September.