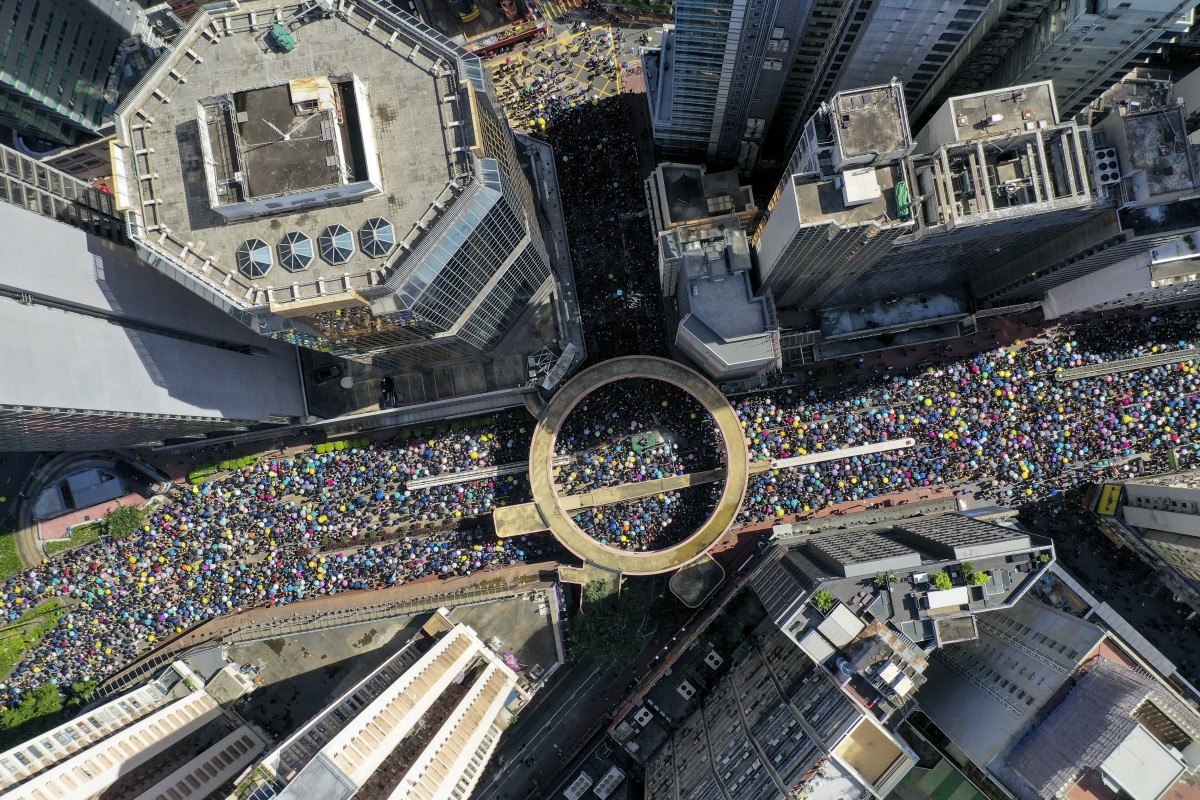 Protesters march from Victoria Park in Causeway Bay to the Central Government Offices in Tamar on July 1, 2019.

The Civil Human Right Front, Hong Kong’s go-to organiser for large scale marches and rallies, has made seven different proposals to the police force in a bid to get approval for its annual July 1 pro-democracy march.

However, the group was “100 per cent” expecting the rally to be banned after a meeting with police on Tuesday, amid social-distancing rules imposed by the coronavirus pandemic. The group said they would lodge an appeal.

“This is the most lacklustre meeting with police I’ve had in 10 years,” Jimmy Sham Tsz-kit, the front’s convenor and a district councillor, said. “Police are using the pandemic [as an excuse] to suppress the public’s right to march and rally.”

During the meeting, the front put forward seven alternative proposals for the march from Causeway Bay to outside government headquarters in Admiralty. The front’s plans include imposing social-distancing measures, implementing crowd control in a public park or at street corners, splitting the procession into phases by age group or home addresses, and marching on alternate lanes of the road.

Sham said organisers were willing to follow reasonable instructions from police to ensure the march went ahead. “For instance, if police think we need to give out surgical masks [to marchers], I think we can do that,” he said. “But they refused to say under what terms they will approve the march.

While it began peacefully, radical protesters broke into the Legislative Council and caused an estimated HK$40 million worth of damage on a day of unprecedented violence.

The force later said it was handling the application and it respected people’s rights to express opinions in a peaceful manner.

“In handling each public events notice, [we] will conduct independent risk assessments,” it added.

July 1 was the day Hong Kong was returned to Chinese rule in 1997. The march is a tradition in the city’s pro-democracy movement, and is seen as a barometer of the public’s grievances with the government of the day.

In 2003, the march drew a similar-sized crowd to 2019 as people protested against the government’s plan to enact national security laws under Article 23 of the Basic Law.