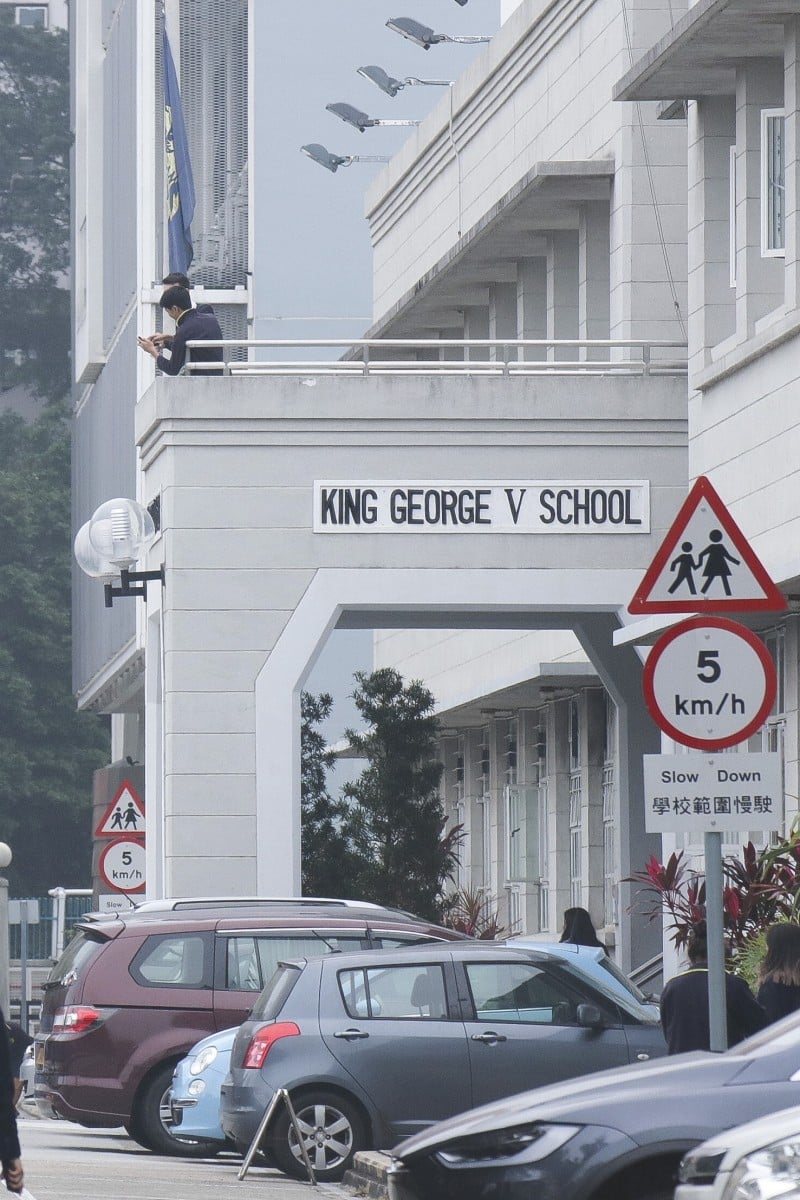 Former KGV students and a teacher have come forward about anti-Black sentiment, racism and bullying at the ESF international school.

Following the publication by a graduate of an open letter to ESF school King George V (KGV) regarding the school’s ignoring “racism, sexism and queerphobic behaviours”, other former students and a former teacher have spoken about their experiences of racial discrimination.

The teacher wrote a letter to the CEO of the ESF Foundation, Belinda Greer, to describe their own experiences at the school, and also those of their children, both former ESF students.

A former KGV student, who was the only black student at the school when she attended, is one of the signatories of the petition. The 17-year-old told Young Post that she experienced “bullying and racism” from students and teachers on multiple occasions. She has described these incidents as “traumatic” and said they eventually led to her having a breakdown.

KGV student calls out discrimination in open letter to school

On one occasion, a male student used a slur which included the N-word.

“When it first happened I didn’t really know what to do. Usually your first instinct would be to go to a teacher,” she said.

“But because of my experiences at KGV, I had felt like it wouldn’t make much difference because I had been told that the students needed to “get used to me” when I first arrived as the only black student [at the school].” She added that racist incidents that she reported in the past had never been followed up on by staff.

“When I ended up telling the senior members of staff, they didn’t treat it like a racist incident but rather just an isolated incident of bullying,” she said.

“The way they handled the situation made it apparent that they were more interested in saving face than actually solving the problem at hand. They asked my friends about it before [they spoke to me], as if I had lied or made it up. The normal thing to do would have been to call me in first.”

She said that the male student, who denied the incident, was simply made to apologise, and not given any further punishment.

“They said that because they hadn’t physically seen him say it, they couldn’t do anything, despite there being three witnesses,” she said. “They took his word over mine, which proved that they didn’t actually care about my voice as a black student.”

In another incident, she was asked by a teacher to “be careful” when accusing people of using discriminatory language.

“This girl made fun of my hair looking like dreadlocks,” she said. “I said ‘that’s so racist’ and my tutor told me that I shouldn’t call people racist and to ‘be careful’ when using the word.”

According to the open letter in the petition, racist and homophobic behaviours such as using derogatory slurs are “overlooked” and is “rarely, almost never condemned by staff and students”. The author also notes that the majority of the teachers are white, calling it “unacceptable” that these teachers “proceed to belittle” local culture, and “allow the students to do the same”.

On another occasion, a student told her she “looked like a rat” after she arrived at school with her natural hair in braids.

The student also said that she experienced “so much bullying” when she became more vocal about issues to do with black rights.

“Girls in my year would say behind my back that I ‘talked about being black way too much’,” she said.

HK YouTuber on ethnic minority stereotypes, and being treated like a foreigner at home

Another recent KGV graduate recalled an incident involving a group of Indian students and a teacher at lunch time.

“My friends and I would hang out in the informal area with a bunch of other groups,” the student said. “From a distance, I saw a teacher approach a group of Indian boys and tell them that they looked ‘very intimidating and scary’ clustered together.”

“One of the boys replied that there was a similar group of white boys who were doing the same thing, but nothing had been said to them. I felt like that group was targeted because they were brown.”

While many of the petition signatories say they are students and former students, a former teacher, who is black, also signed after sending their letter to the ESF. They spoke to Young Post on the condition of anonymity, saying they “didn’t want to remain silent”.

Young Post has obtained a copy of this letter, which chronicles multiple reports of racism and discrimination.

The teacher said all the incidents of racism weighed into their decision to “ultimately leave the school”.

“When I spoke of these incidents in my exit interview questionnaire, I received no response,” they said, “which makes me wonder if they even read those.”

According to their letter to the ESF, the teacher was once called into a senior member of staff’s office after sharing a post to their personal social media about a book called Why I Am No Longer Talking to White People About Race, which they were reading at the time.

“The next day, [the senior member of staff] had a print-out of the photograph of my Instagram post, blown up to A3. He informed me that a member of staff, whose name he would not disclose, had “reported” my post to him for being “offensive to white people” and that I could bring disrepute upon the school for making such offensive posts.

“I pointed out to him that if he had even bothered to read the blurb of the book, he would see that the book was in no way racist. This incident was so deeply upsetting and humiliating, compounded by my knowledge of a member of staff having been absolved for actually being racist,” the letter said.

“For the most part, my experience was positive,” the teacher told Young Post. “However I often felt like I had to constantly tone down my opinions on the deficiencies of the acknowledgement of unconscious bias in the school.”

“I received less hostility when I ignored the upsetting experiences related to everyday racist micro-aggressions I experienced. This was tiring and often made me feel like my experiences were not seen as relevant, or real.”

“We want the young people of KGV to be able to go out into the world and be happy, kind and successful,” it said.

“As well as delivering an education in the traditional, academic sense, we also work so hard to champion diversity, equality and compassion in everything we do.

“When any member of our school family – be that student, staff or parent – raises something with us, then it is right that we listen and that we understand. What we have heard these past few days has been deeply concerning to us - and we will be taking immediate action.”