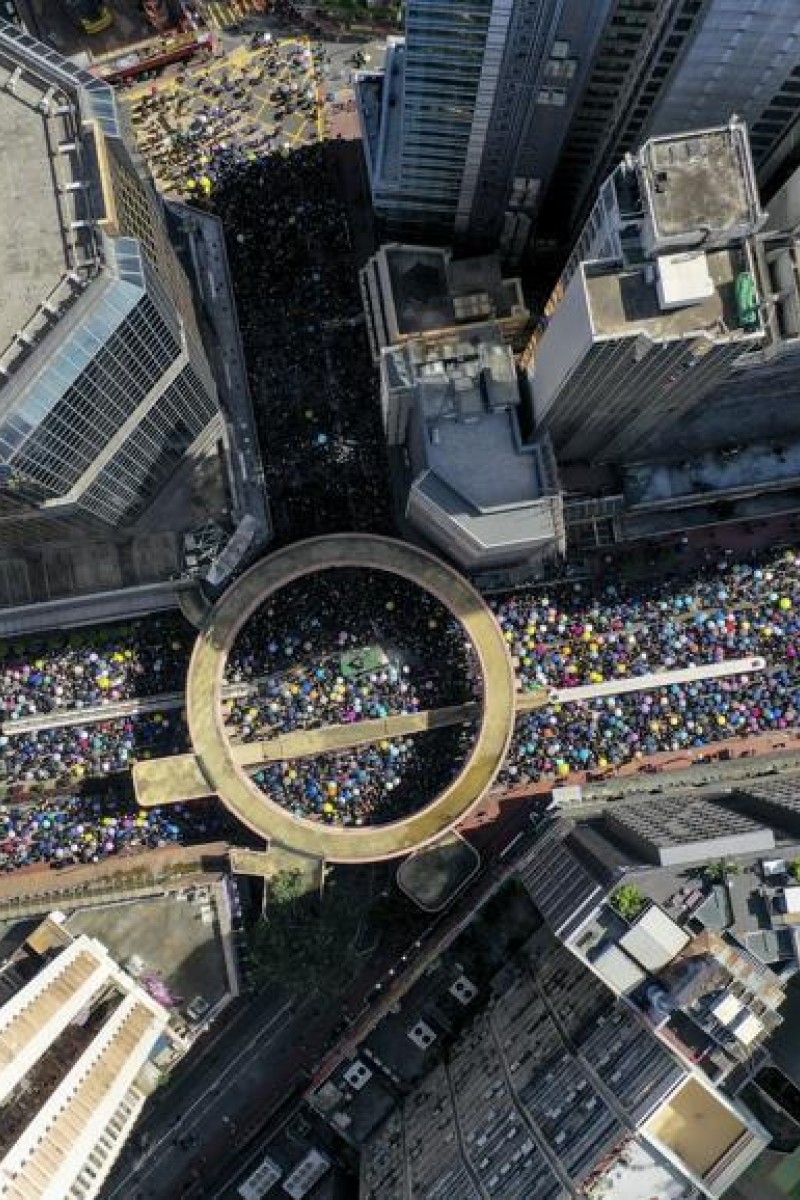 On July 1 2019, protesters marched from Victoria Park to the Central Government Offices to protest against the extradition bill. Photo: SCMP/Martin Chan

Student groups are showing their support for the July 1 march, despite the police ban citing the need for social distancing and occurrences of violent rallies in the past.

Student localist groups, previously known as anti-Elab (extradition law amendment bill) concern groups, are calling for fellow secondary students to take part in tomorrow’s protest. They say it might be the last protest of their life considering the looming implementation of the national security law.

Student groups such as Student Front Union and Student Inverse Front – and secondary school students from schools across Hong Kong including St Paul’s Secondary School, Kowloon Tong School (Secondary Section) and Christian Alliance Cheng Wing Gee College – have appealed to fellow students online to take to the streets and protest against the national security law as well as reiterating the public’s five demands.

What is the national security law? An explainer

Demosisto, a pro-democracy political organisation who has been supporting a lot of student groups, also posted a photo that featured a “July 1, see you at Victoria Park” sticker on Instagram on Sunday.

A spokesperson for one of the secondary school localist groups, who wanted to remain anonymous, said he would join the march tomorrow because he wants to cherish every opportunity to express himself in Hong Kong. “If there is a huge turnout, the march will send a strong message to the international community, too,” he said.

He also did not think Hongkongers would give up on the fight for freedom because of this “draconian national security law”, and said that the campaign will still continue after the legislation passes, though in other ways rather than taking to the streets.

Another anonymous student said, “I think the July 1 march is important at this point, especially because it might be one of our last marches that could actually have an impact.” The 17-year-old added that she would join the march if she finds a companion.

However, an 18-year-old student who also wanted to remain anonymous, said: “I will not join the July 1 march. The purpose of the protests had been lost since Beijing tightened its control over Hong Kong.”

He said that the national security law would most likely be passed, so the march will have no effect. “The only reason to gather on the streets will be to show the unity of Hong Kong people.”

Nemo Yu from Carmel Secondary School, 15, agreed, saying the police have already banned the march. “The court has turned down the application for the march ... I will not take part in the march because it is illegal and detrimental to social order,” he said.

The Education Bureau had previously sent schools a letter asking them to remind students that they must not participate in dangerous and unlawful activities.

The Civil Human Rights Front, organiser of Wednesday's march, said on Saturday it would not withdraw its earlier calls for people to march from Victoria Park to the government headquarters in Admiralty at 3pm.

The police cited Cap. 599 regarding the prohibition of group gatherings amid the pandemic and the government’s gazette on June 16 said any gatherings of more than 50 people in public areas between June 19 and July 2 would be illegal.

“The police’s repeated suppression of people’s right to assemble sends a clear message to the world that human rights in Hong Kong have been eroded,” said Jimmy Sham Tsz-kit, the group’s convenor. “It could be even worse once the national security law is passed.”