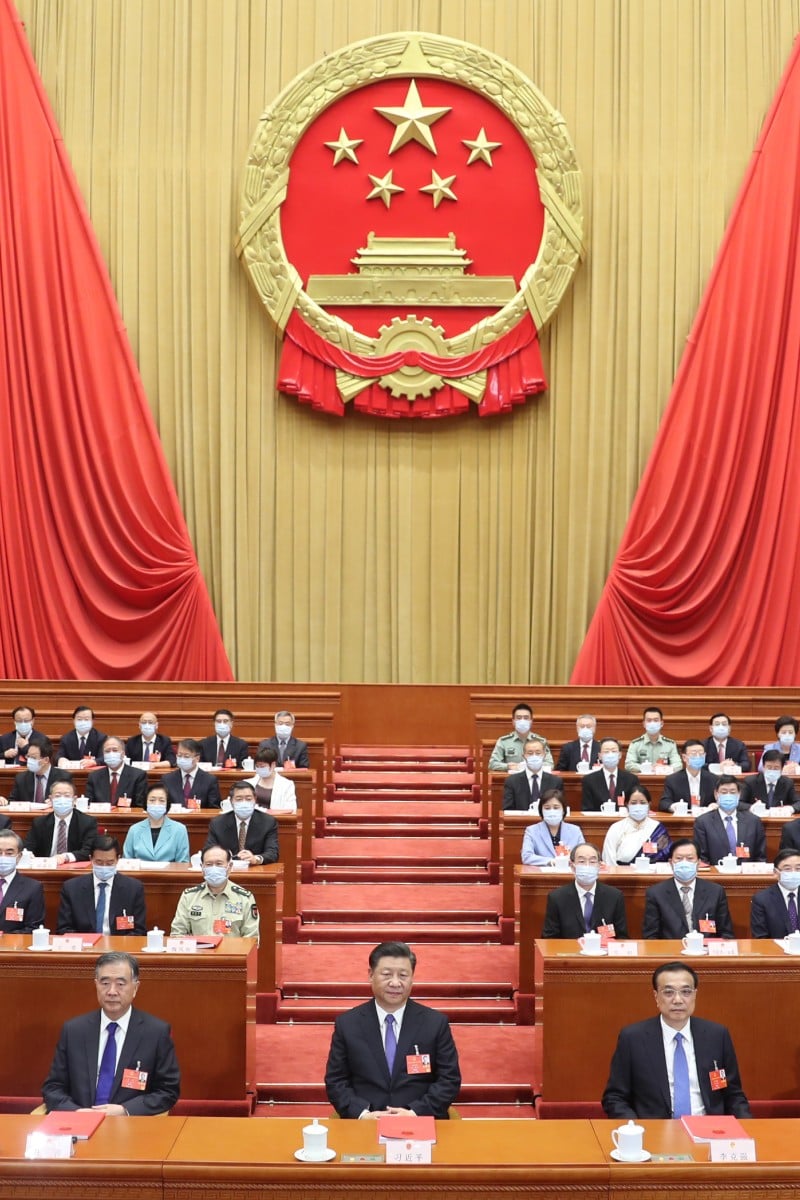 The National People's Congress Standing Committee, Beijing’s top legislative body, has passed a sweeping national security law for Hong Kong prohibiting acts of secession, subversion, terrorism and collusion with foreign forces to endanger national security. The law is expected to carry a maximum penalty of life in jail, contrary to earlier indications of a 10-year limit.

Only a handful of Hong Kong delegates to the national legislature saw a draft of the law before its passage, a major point of contention, with many in the city decrying the lack of transparency given the legislation’s far-reaching consequences.

On Sunday, the standing committee began a special meeting fast-tracking the bill, which was passed on the last day of the three-day session.

What we know about the national security law

The SCMP has been told the Basic Law Committee, which advises Beijing on Hong Kong’s mini-constitution, would meet “immediately after the standing committee passed the law to discuss its insertion into Annex III of the Basic Law”.

A source familiar with the situation had said Xinhua, the official state news agency, would publish the details in the afternoon, marking the first time the law will be fully disclosed to the public.

All Hong Kong delegates to the nation’s top advisory body, the Chinese People’s Political Consultative Conference, and the NPC, have been asked to attend a meeting, believed to be a briefing on the bill, at the central government’s liaison office at 3pm.

The law is expected to come into effect on July 1, the 23rd anniversary of the city’s handover to China from British rule.

Passage of the controversial legislation came a day after Beijing announced visa restrictions on United States officials who have “behaved extremely badly” over Hong Kong.

Beijing and Washington had been locked in an escalating diplomatic row over the year-long Hong Kong protests and the national security law.

The US earlier vowed to strip Hong Kong of its preferential trade status, and had enacted visa restrictions on Chinese officials deemed responsible for undermining local autonomy and freedoms.