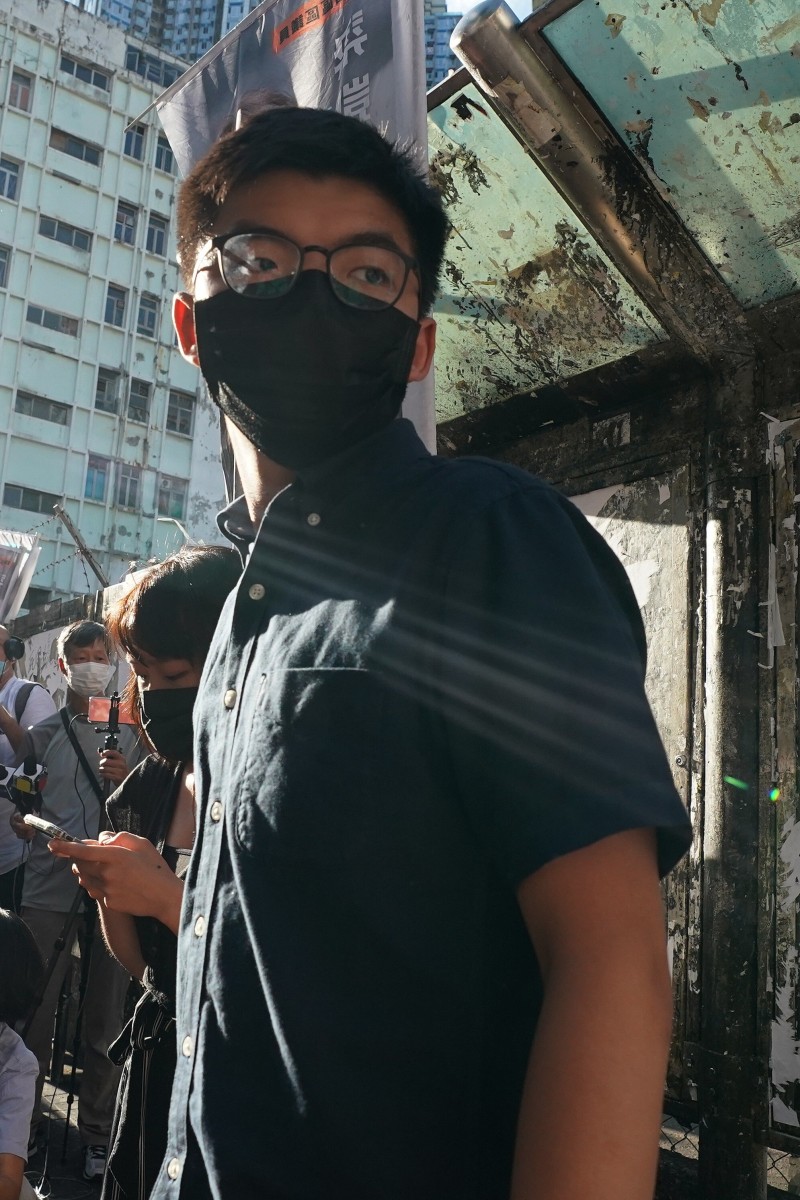 Wong had recently announced his plan to run for a seat in Legco. Photo: SCMP / Felix Wong

Hong Kong pro-democracy activists including Joshua Wong Chi-fung have resigned from political organisation Demosisto, saying they would continue to fight in their personal capacities instead.

The announcements came after the national security law was passed unanimously by the Standing Committee of the National People’s Congress on Tuesday morning.

“A tough destiny is laid in front of us … so we must be more courageous. I now announce my resignation as the secretary-general of Demosisto and my withdrawal from Demosisto. I will continue to support my beliefs in my personal capacity,” Wong said in a statement in Chinese on Facebook.

“I will continue to defend Hong Kong until they silence and eliminate me from this land,” he added.

Shortly after Wong announced his resignation online, Nathan Law Kwun-chung, a co-founding member of Demosisto, also announced he would withdraw from the political party.

“I will continue to participate in the resistance movement in my own name,” said Law. He also quoted some lyrics from the song The Blue Lotus by Chinese singer Xu Wei: “Nothing can stop your yearning for freedom”.

What is the national security law? A simple explainer

Agnes Chow Ting, the party’s third founding member, as well as Jeffrey Ngo, who lobbied alongside other Hong Kong activists in the United States, also resigned on their own Facebook pages.

Both Wong and Law were hoping to run in the upcoming Legislative Council election in early September.

Demosisto is a pro-democracy political party founded in 2016. It was led by former leaders of student activist group Scholarism, Wong and Chow, alongside former secretary-general of the Hong Kong Federation of Students (HKFS), Law. Both Scholarism and the HKFS played a key role in the Umbrella Revolution in 2014.