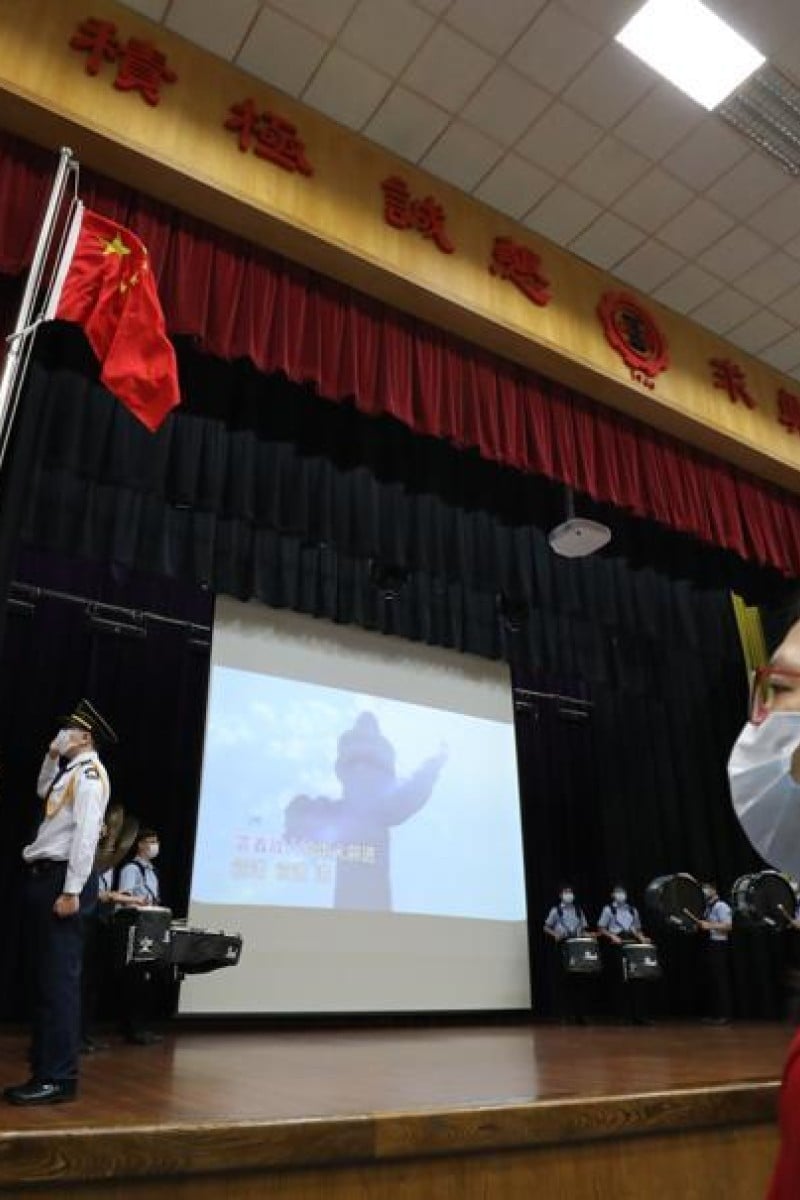 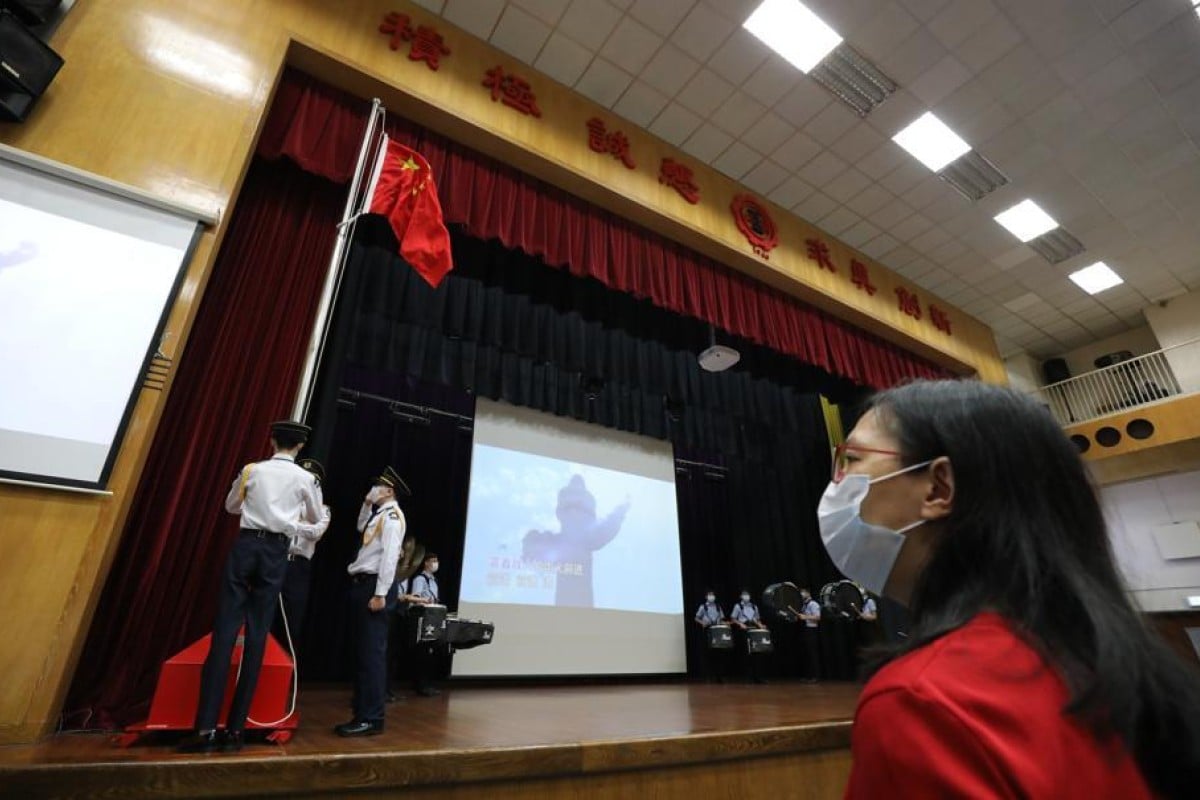 Scientia, formerly known as Workers’ Children Secondary School before it changed its name in 2018, held the ceremony at 8am this morning. The ceremony was simplified due to social distancing measures. A colour guard and a band, both made up of students, performed.

Sarah Sze, 17, who just graduated from the school, said that she saw no conflict between the national security law and freedom of speech. Hong Kong people still have civil liberties, she added.

“We have the right to express our opinions, but we also have the duty to respect others’ opinions. And whether we like the law or not, we need to respect it because it is now official. We are still allowed to make rational comments and criticisms, but not insulting ones,” she said.

Principal Dr Wong Ching-yung said the flag-raising ceremony, held on the 23rd anniversary of the handover, is a celebration of the return of Hong Kong to the motherland and a common wish of all Chinese people. “I am not worried about the national anthem law. We raise the flag more than 20 times a year, and even during the hard times last year, we didn’t have any problems,” he said.

Regarding the Education Bureau’s guidelines that suggest schools ask for help from the police if students breach the national anthem law, Wong said: “We teach our students the history and meaning of the flag, the anthem and the national symbol. We teach students to respect them.”

He said the school will tell teachers and students about the guidelines, but it will be unnecessary to seek help from the police.

He added the national security law offers an opportunity for the city to restore order after more than a year of chaos. “Society is extremely divided. We need to work together, stop the hatred, and find a new path forward for our home.”