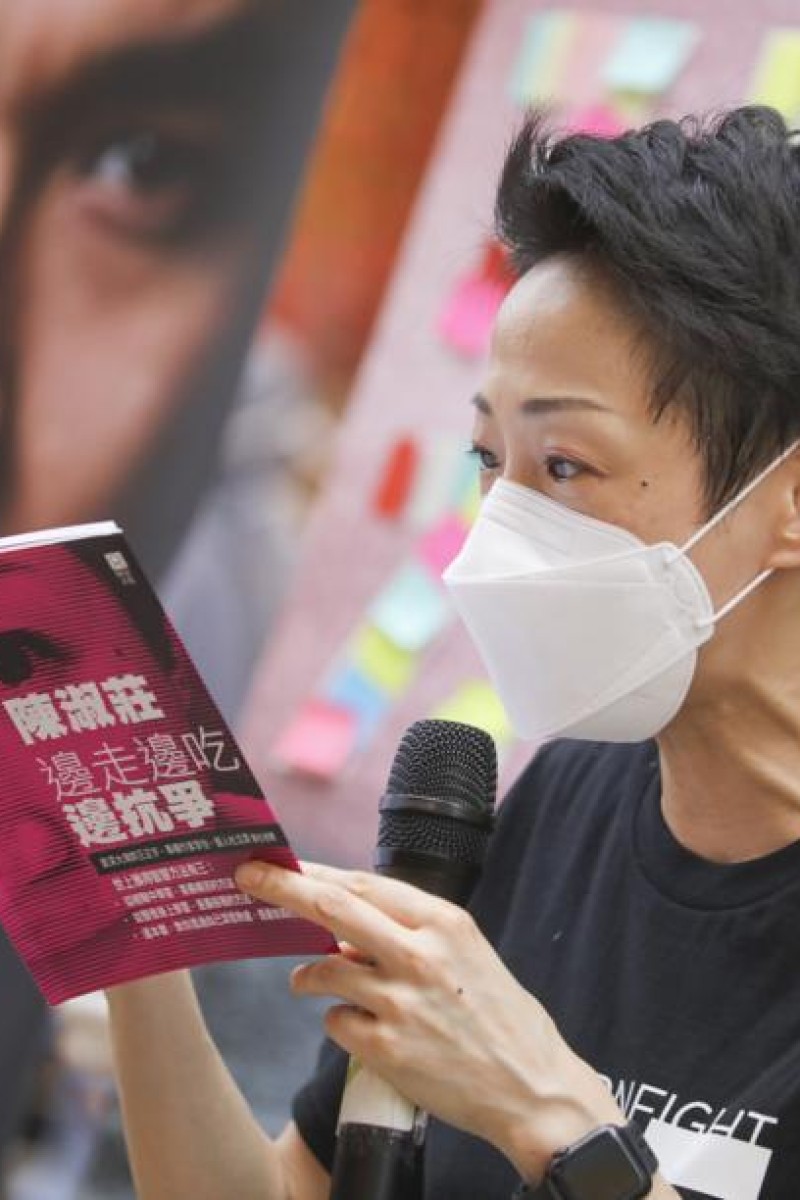 Lawmaker Tanya Chan had her book "My journeys for food and justice "removed from library circulation for review. Photo: Dickson Lee/ SCMP

Hong Kong libraries have taken at least nine titles written by localist or democracy advocates out of circulation pending a review of whether the books run afoul of the new national security law.

The Leisure and Cultural Services Department, which manages the city’s public libraries, confirmed it was scrutinising some books for compliance with the new law, without naming them.

The Chinese-language books were written by activist Joshua Wong Chi-fung, localist Horace Chin Wan-kan and Civic Party lawmaker Tanya Chan. A search of the nine titles on the library website on Saturday found all the titles marked “under review”.

The SCMP spoke to City Hall Public Library in its capacity as a reader and a staff member said the authorities were determining whether the books violated the new provisions.

“A new law has come into effect … so the Hong Kong authorities are reviewing these books to see if they stick to the new law or not, and under this situation the books cannot be checked out for readers now,” the employee said. “After our review, then we will update the situation of the books to see if you can borrow it or not.”

Beijing drafted and passed the legislation last late month that targets acts of secession, subversion, terrorism and collusion with foreign forces, with punishments of up to life in prison for the most serious offences. The move came after months of social upheaval triggered by opposition to a now-withdrawn extradition bill but that morphed into wider demands, including universal suffrage. Mainland Chinese and Hong Kong authorities have repeatedly stressed the law targets only a minority of residents and that the freedoms of speech and assembly will be protected.

Chin is perhaps the city’s best-known advocate for localism, which argues Hong Kong must foster its unique identity to counter the growing influence of the mainland. Six of his books written under his pen name Chin Wan as part of the On the Hong Kong City-State series are no longer available at the libraries.

Wong, who recently announced he had quit the Demosisto political party, said the decision to review two of his books amounted to censorship.

“My books were published years before Hong Kong’s anti-extradition movement, and yet they are now prone to book censorship under the new law, one step away from the actual book banning,” Wong said.

Chan, a lawyer, said she was also puzzled why her book, My Journeys for Food and Justice, which was published in June 2014, was under review, as the government had said the law would not be retroactive. She had not been notified and asked the department for clarity on its policy for making such decisions.

“It [the law] does not just affect a small number of people,” Chan said. “It affects the public as the way they can access these books is being taken away.”

She noted that under the Basic Law, the city’s mini-constitution, freedom of expression was protected.

But Ronny Tong Ka-wah, a member of the Executive Council cabinet and a former chairman of the Bar Association, said placing the books under review did not infringe on rights, as the titles could still be found and read by anyone from other sources.

“As a government establishment, it will be wrong and contrary to the purpose of the law to encourage people to read publications, which might incite people to commit an offence under the law, so I don’t think removing these books from a public library is wrong,” Tong said.

While the law made no mention of banning books, it was also expected “everyone to help preserve territorial integrity and security of the nation”.