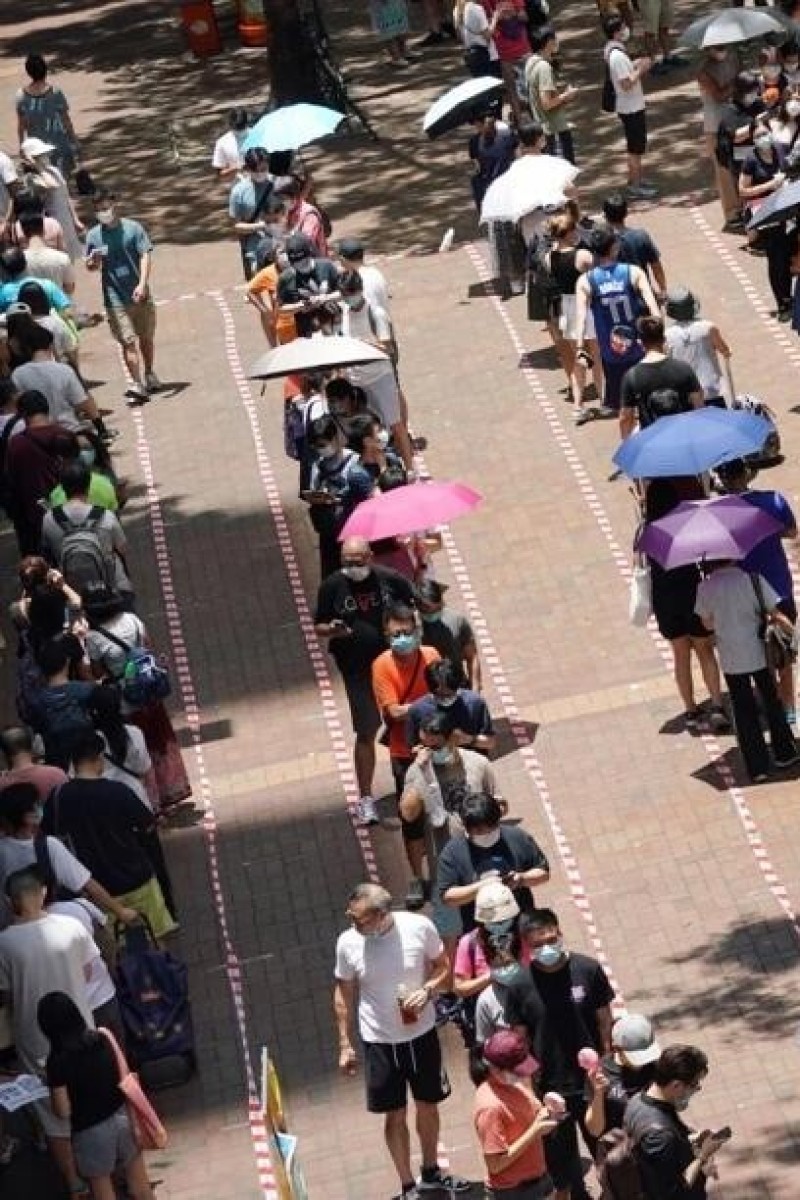 People queue up in Hong Kong’s Tai Po area on Sunday to vote in an opposition camp primary, as similar scenes unfolded across the city. Photo: SCMP/ Felix Wong

More than half a million Hong Kong people voted in primaries held by pro-democracy parties to choose candidates for the upcoming Legislative Council elections, organisers said on Sunday.

Primaries are used to choose the most popular candidates to contest the “real” election. The event, held over the weekend, was organised by pro-democracy activist Benny Tai Yiu-ting as part of a campaign called “35+”. It is meant to give the opposition camp a majority in Legco to vote down bills and even the government budget.

There was a high turnout for the unofficial poll despite a government warning that it could be violating the new national security law. The election does not have legal power under the city’s laws, and candidates are not formally bound by the results.

Tai, co-founder of the Occupy Central movement and a law professor, posted on social media that counting might not be completed by yesterday. The winning candidates will be allowed to run for seats in the legislature in September.

“Under the vicious national security law, people were worried if such participation would risk violating the law but many people still came out,” said Tai.

He also said the numbers were “historic” and that violating the agreement to respect the primary would be “political suicide”.

Last Thursday, constitutional and mainland affairs minister Erick Tsang Kwok-wai warned that those “organising, planning and taking part” in the primary election might be committing offences of secession, subversion and colluding with foreign forces under the new security law, according to interviews given to some pro-Beijing newspapers.

Late on Friday night, police raided the office of Public Opinion Research Institute (PORI), a prominent pollster that was helping the pro-democracy camp to conduct the primaries.

Police claimed they were responding to a report that PORI computers had been hacked, resulting in an unlawful leak of personal data.

The raid raised concerns over the primary polls, but PORI president Robert Chung Ting-yiu said the voting system was safe and its operation was legal and transparent.