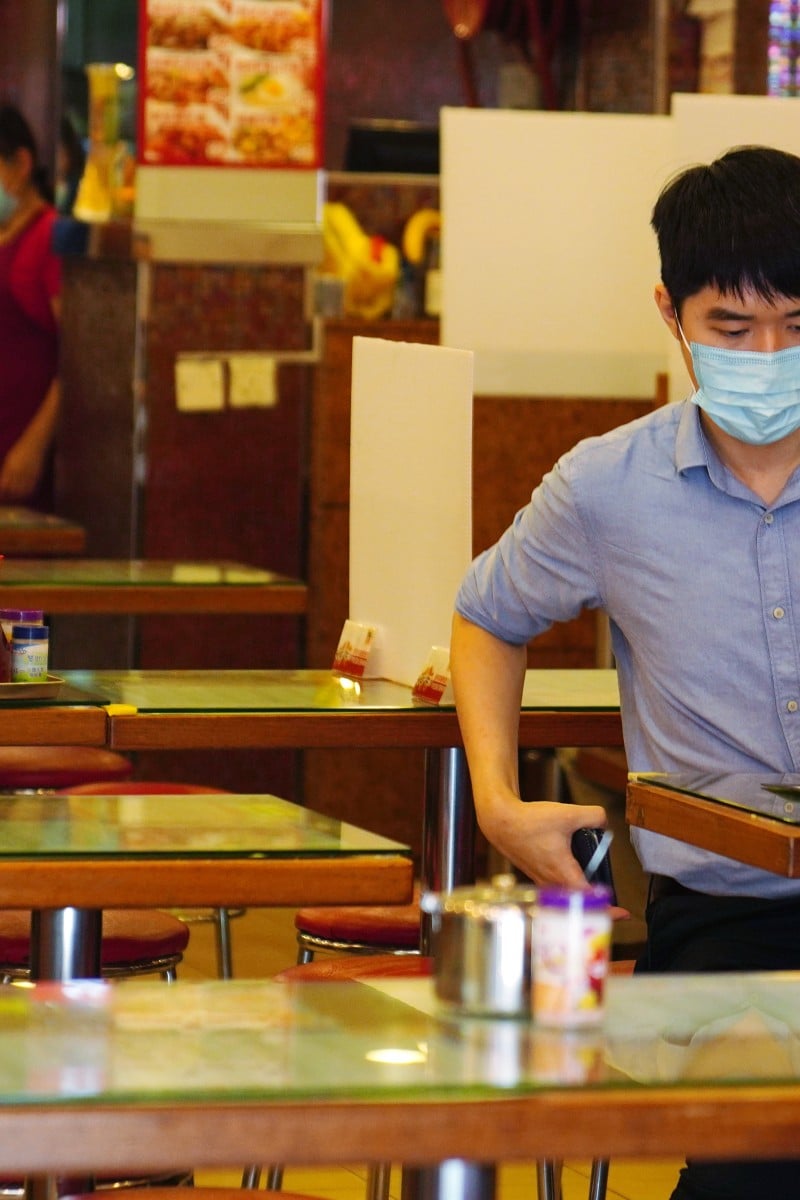 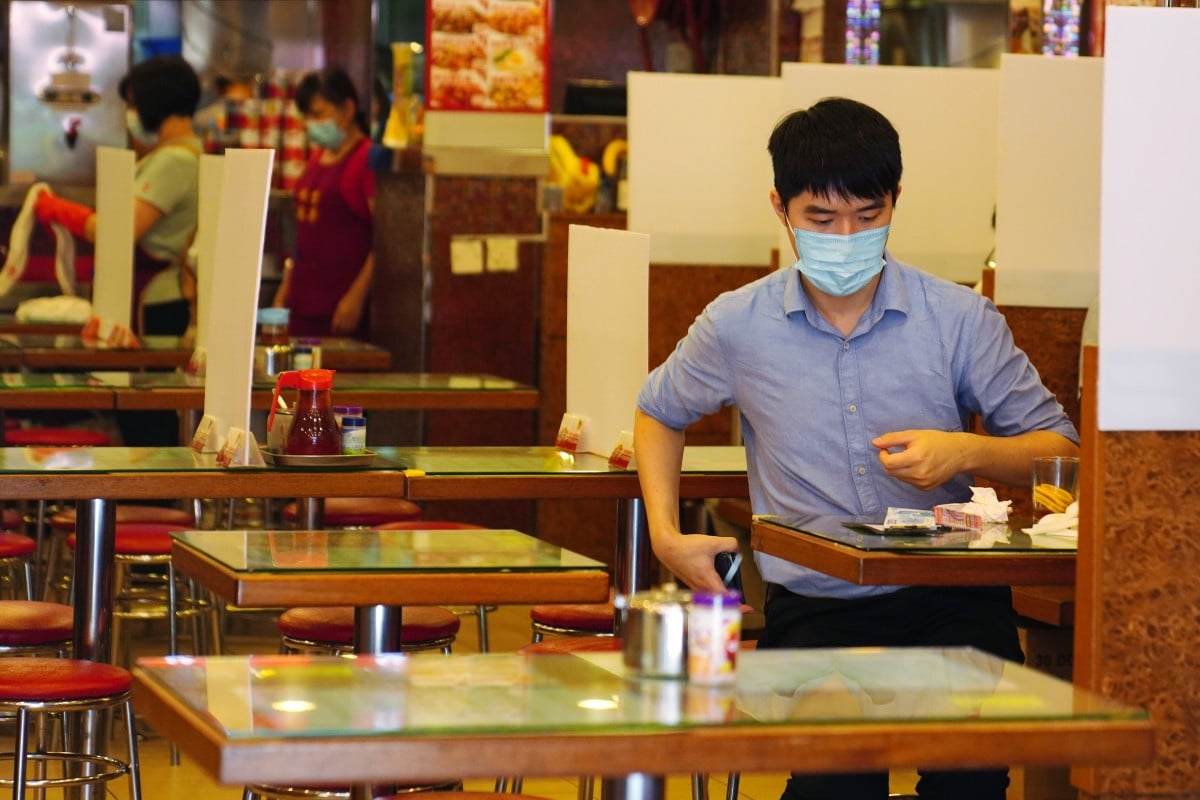 If the new wave of infections continues as its current rate, restaurants may be forced to move to take out only. Photo: SCMP/ Sam Tsang

Restaurants could be banned from serving anything other than takeaway meals if the third wave of  Covid-19 infections gets worse, Hong Kong’s health minister said on Tuesday, as the city recorded at least 50 more cases.

It was the second consecutive day there were more than 50 cases in the city, and came after a record high of 41 local infections on Monday.

Hong Kong has drastically tightened its social-distancing rules in response to a spike in infections, with sweeping new measures due to come into force on Wednesday, including the banning of dine-in services between 6pm and 5am.

The total number of coronavirus cases in Hong Kong reached 1,521, with eight related fatalities, on Monday, and the last of those to die was a resident in a care home for the elderly.

Third wave of Covid-19 infections could be worst yet

Meanwhile official figures show the number of untraceable cases has increased, with 54 of 182 local infections since July 6 of unknown origin.

Speaking on a radio programme on Tuesday morning, Secretary for Food and Health Professor Sophia Chan Siu-chee said it was possible the government could tighten restrictions on eating out.

“It is possible we would have to ban all dine-in services if the situation gets worse, because we want to cut down the time people spend eating in restaurants,” she said.

“We had considered which times were more suitable to encourage people to get takeaway, but we realised many people still have to go out to work and eat breakfast and lunch, so for dinner we hope people can go home to eat.”

Simon Wong Ka-wo, president of the Hong Kong Federation of Restaurants and Related Trades, said he expected the industry would face losses up to HK$3 billion in July, while certain restaurants, such as those that serve hotpot, may have no choice but to close as they would be unable to fulfil takeaway orders.

“Although there are food delivery companies, it will be hard for them to handle the needs of all of Hong Kong, they may not even have enough manpower to deliver meals,” he said.

Authorities are growing increasingly concerned over the new wave of infections, which include several community clusters at restaurants such as Dim Sum Square in Sheung Wan, and a Green River Restaurant in Tsz Wan Shan.