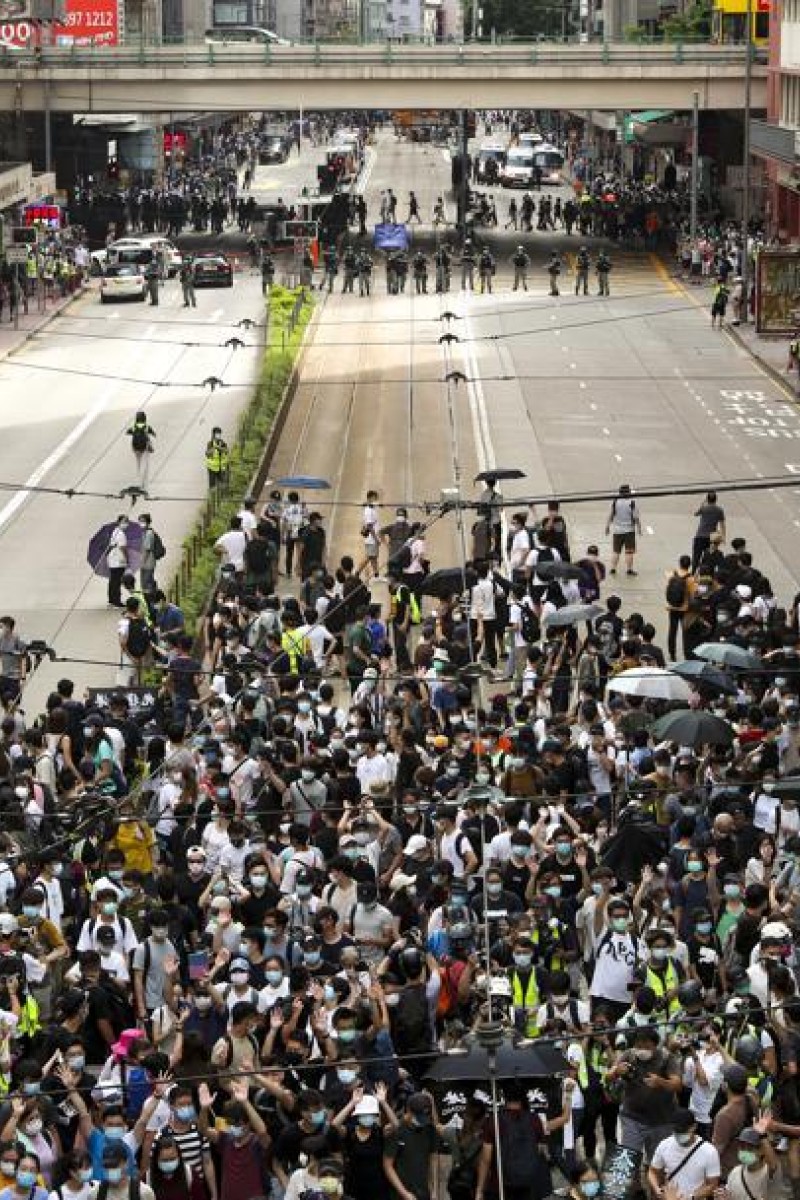 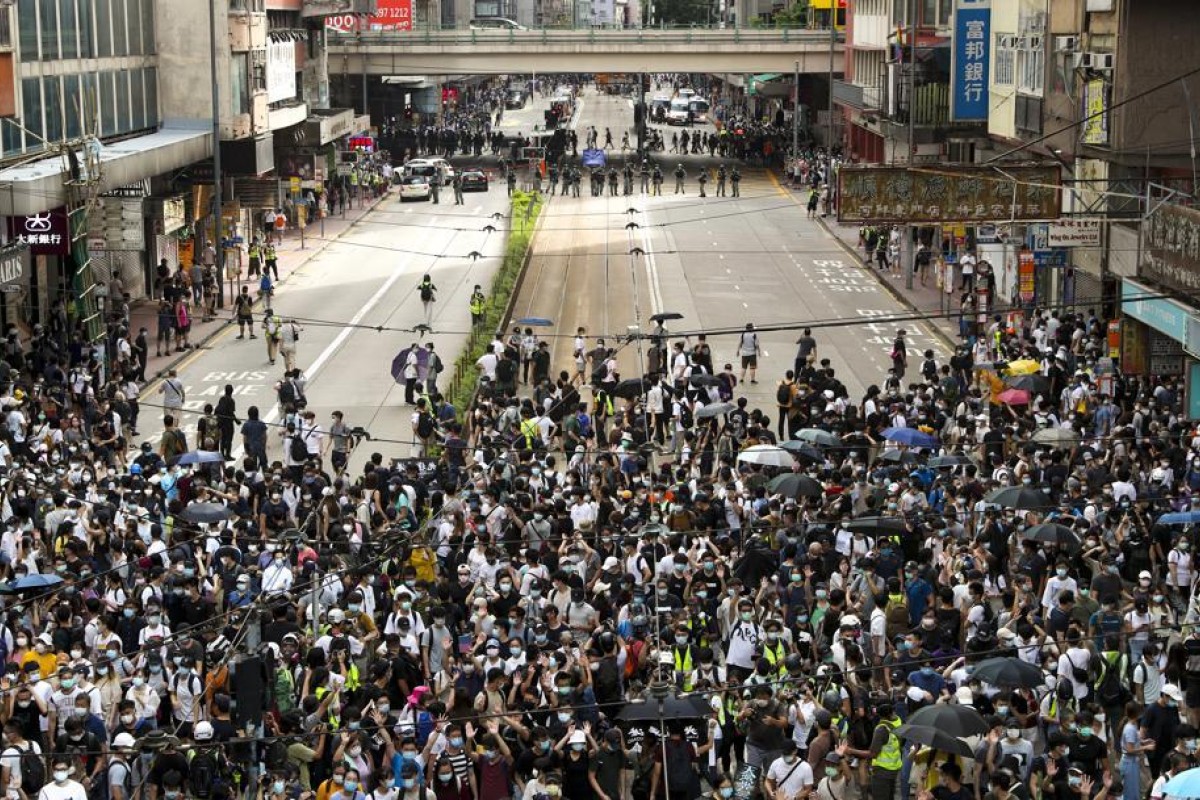 Protesters face off with a line of Hong Kong police during a July 1 protest against the city’s new national security law. Photo: SCMP/ Sam Tsang

Two Hong Kong students who escaped arrest at a July 1 national security law protest when one pulled the other from a riot officer’s grasp were taken into custody on Thursday for unlawful assembly and obstructing police, according to the force.

The two males, aged 17 and 19, were detained when officers from the commercial crime bureau raided their homes in Kowloon East’s Tiu Keng Leng neighbourhood and Tung Chung on Lantau after daybreak, according to acting chief inspector Ng Kwan-lim.

The riot officer involved in the incident was the same one who was later that same day attacked and stabbed in the shoulder by protesters.

Taking part in an unlawful assembly carries a maximum penalty of five years in jail under Hong Kong’s Public Order Ordinance. The maximum penalty for the obstruction of police in execution of duty is a two-year jail term. As of Thursday afternoon, the two suspects were being held for questioning and had not been charged.

Ng said the investigation was continuing and further arrests were possible.