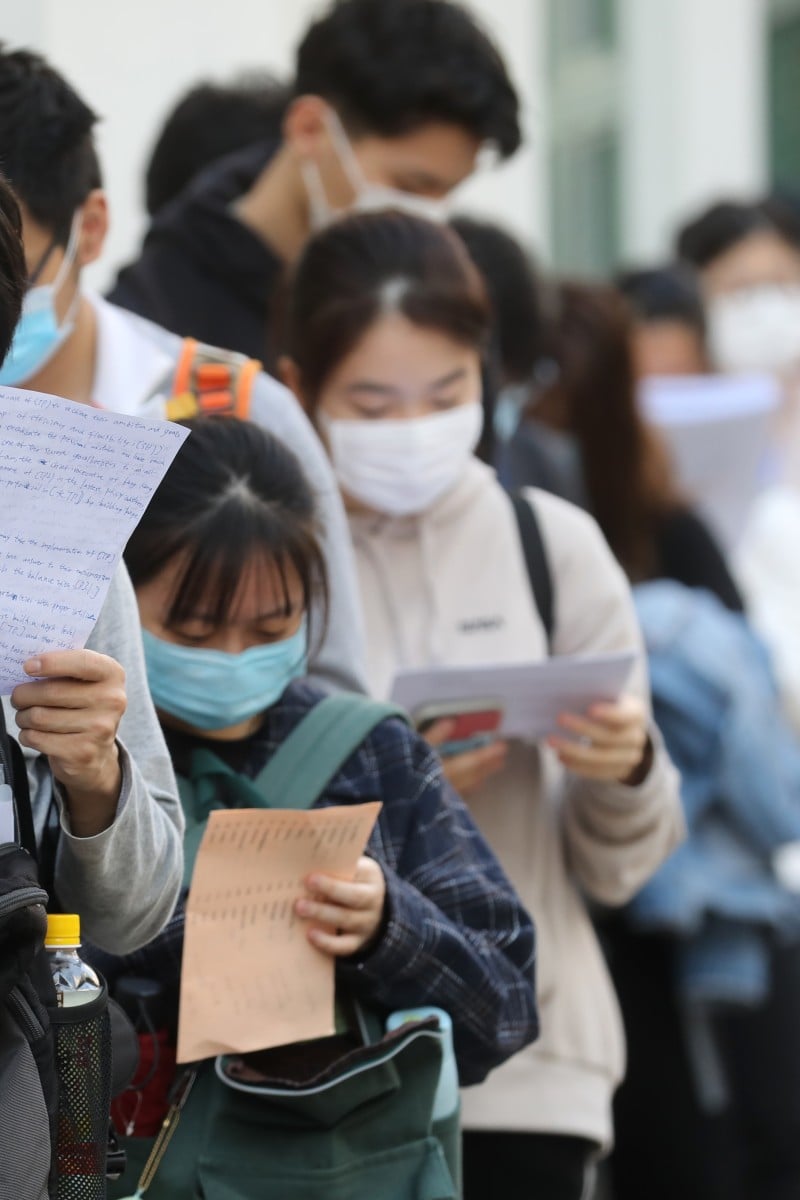 DSE candidates are more stressed this year than ever before. The students worry about their exam scores and job prospects after months of anti-government protests and the ongoing pandemic, a survey has found.

The poll was conducted by the Hong Kong Federation of Youth Groups (HKFYG) between June 27 and July 14 this year. A total of 538 Diploma of Secondary Education students took part in the survey.

The study found that a large number of students (25 per cent) were considering heading overseas to continue their studies if they did not get into the university of their choice. Only 19 per cent said the same thing last year.

This year’s candidates faced a lot of uncertainty during the protests over the now-withdrawn extradition bill, which began in June last year.

More than 40 per cent of the 9,000 protest-related arrests involved university or secondary school students.

The more than 52,000 DSE candidates also faced many challenges from the pandemic. The exams were delayed by a month, while face-to-face classes were suspended from early February.

Surprisingly, more than 66 per cent of respondents said their own expectations were the main source of stress right now.

About 24 per cent of the school leavers polled also said they were concerned about finding a job because of the social unrest and the public health crisis.

Hsu Siu-man, a coordinator at HKFYG, described this year’s candidates as a group “chosen by our times” to face multiple challenges. “We hope candidates can be strong, especially under all the special circumstances this year.

It has been a long journey but I’m sure they will withstand the pressure and soldier on,” she said.

The DSE results will be released on Wednesday.