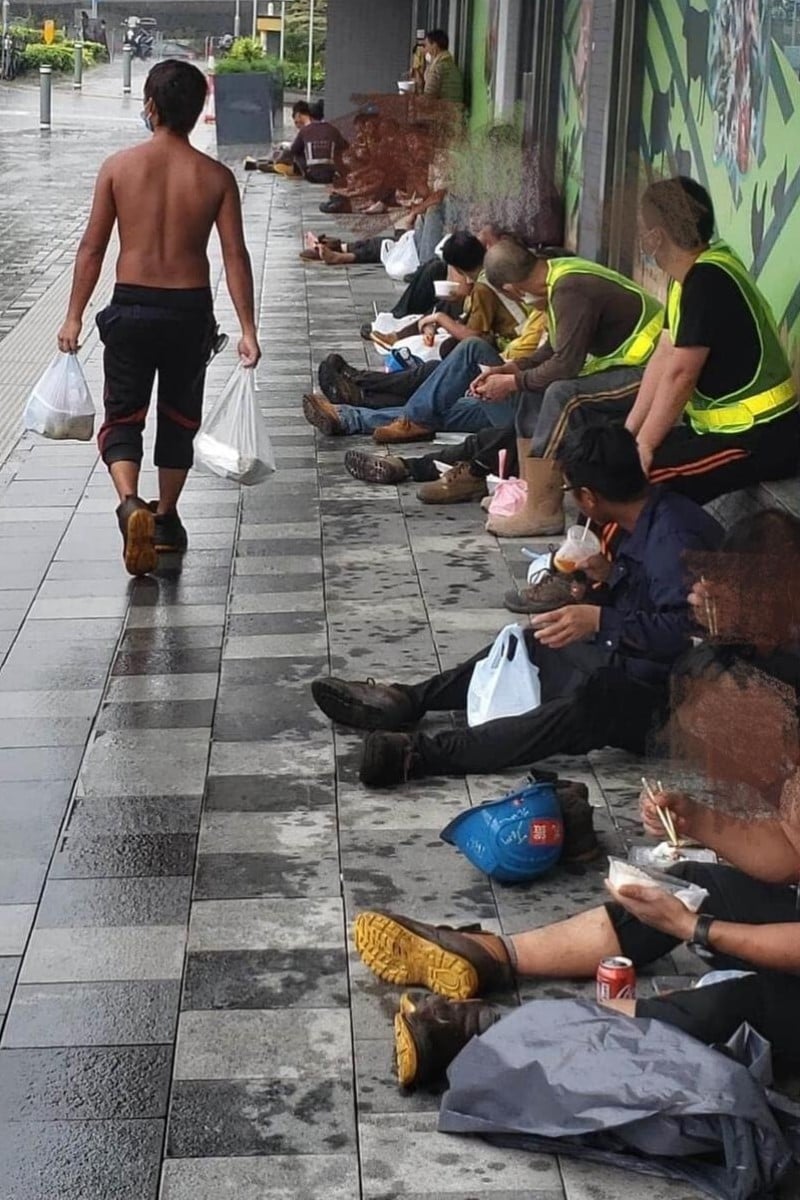 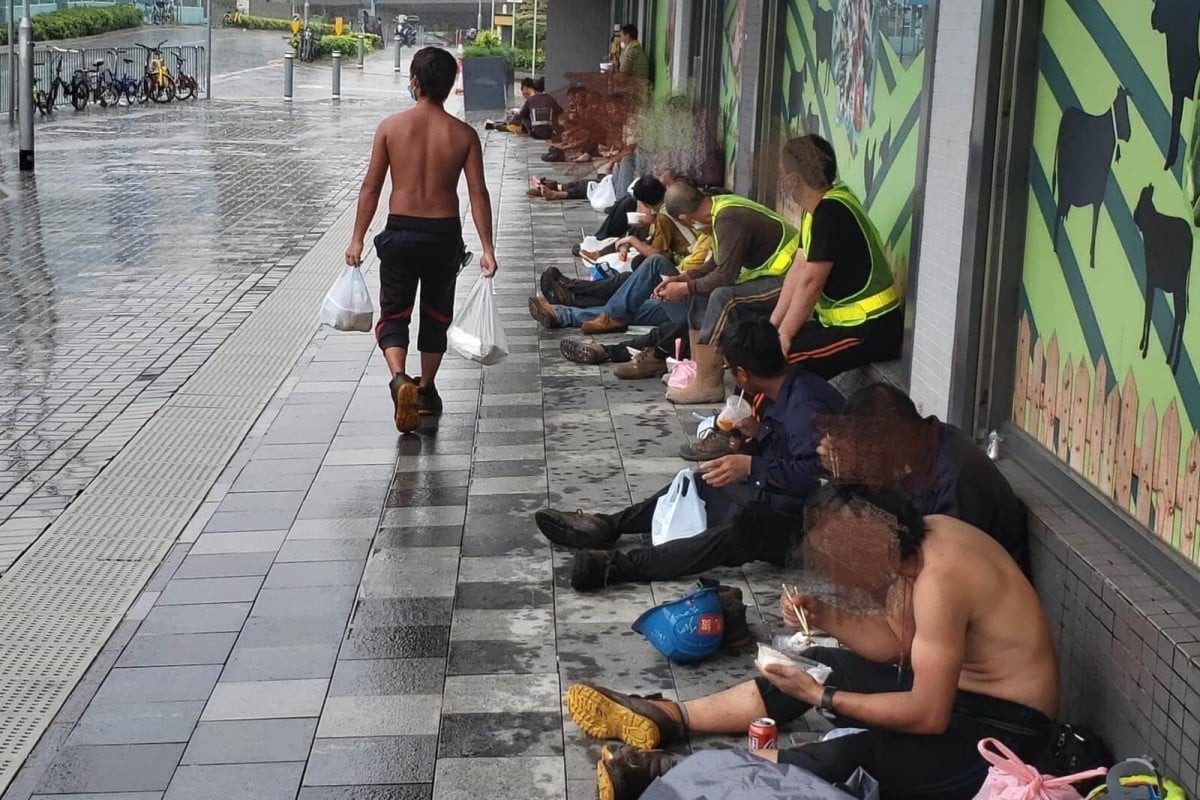 Some workers in Hong Kong have to eat outside because of the ban on dine-in eating in restaurants. (Photo: Facebook)

Pictures circulating online of Hong Kong workers sitting in the streets, trying to eat their lunch and stay sheltered from the rain, brought home the reality of the dine-in ban which came into effect today. The ban does not allow anyone to eat inside a restaurant other than hospital and police canteens and will be in place for a week at the onset.

This leaves tens of thousands of blue-collar workers with nowhere to have lunch, or protect themselves from the dust, heat and rain. They also cannot get a seat and cool down in an air-conditioned space for a much needed rest.

While office workers can dash out and grab a takeaway to eat at their desks, cleaners, street promoters and construction site workers cannot.

Ng Wai-leung, Rights and complaints Officer from Hong Kong Construction Industry Employees General Union said construction workers were seen taking their lunch breaks on the ground at covered bus stations, footbridge stairs and the sidewalks. All of these locations are blisteringly hot during the middle of the day, especially when the Very Hot Weather Warning is in effect.

“Such ban would force workers to eat outdoors and gather in a spot during their break time, and that they might catch the virus more easily,” said Ng.

Sophia Chan, Secretary for Food and Health weighed in the issue during a radio show and suggested workers go to parks and sit at an appropriate social distances.

“It’s not about whether they can go to the parks, but rather they have no place to shelter from the dust and heat; They would go to the parks because that can at least ensure they won’t be penalised for breaking the rules,” said Ng in response to the suggestion of eating in parks.

Covid-19 cases in Hong Kong rise to over 3,000 as new social-distancing measures begin

Wu Mei-lin, Director of the Cleaning Workers Union, slammed the government for not providing enough support for the blue-collar workers, and these workers are exposed to greater health risk under the hot weather.

“Instead of a complete ban, it would be better if the restaurants were able to practise social distancing rules just like in the exempted canteens. Such measures would take away some people’s choice to protect themselves from the virus,” she said on Tuesday.

Wu said most city cleaners would choose to eat out due to the limited space in the transfer stations, since these workers are not provided with a decent working environment to begin with. “Most of the street cleaners usually eat in fast-food restaurants, now they might have to eat and rest in the refuse collection vehicles or eat on the sidewalks according to their work locations. For toilet cleaners, not all public toilets are equipped with storerooms and they can’t go too far away from their post as they only have half an hour lunch break.”

Meanwhile, Wu said street promoters are also in a difficult situation. “Most of the middle-aged women who work as street promoters have to stand all day and their lunch hour serves as an important time during the day when they can sit and rest their legs. For these workers, lunchtime is not only about food, but a time to rest from long working hours,” Wu said.

“They cannot order food delivery, nor can they use the pantry in stores and malls. They can only go outdoors and queue for takeaway. After that, they cannot eat in the office as they have no office,” she added.