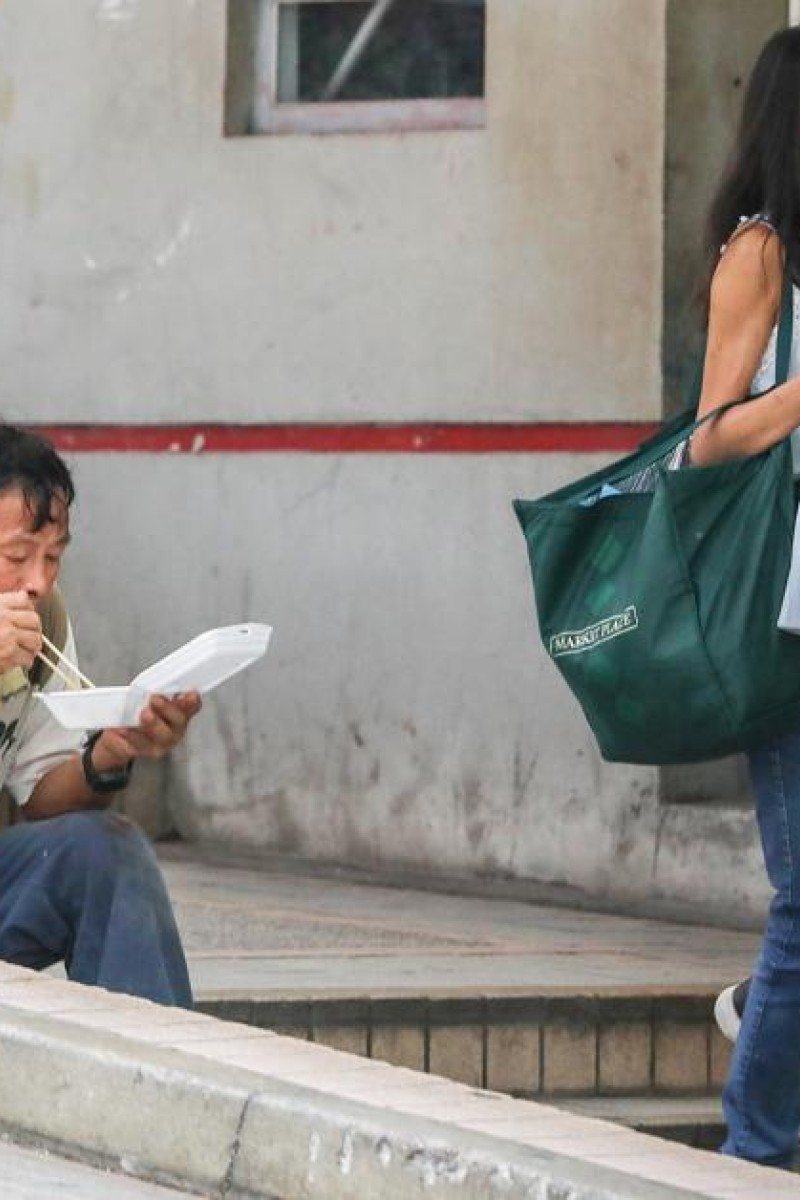 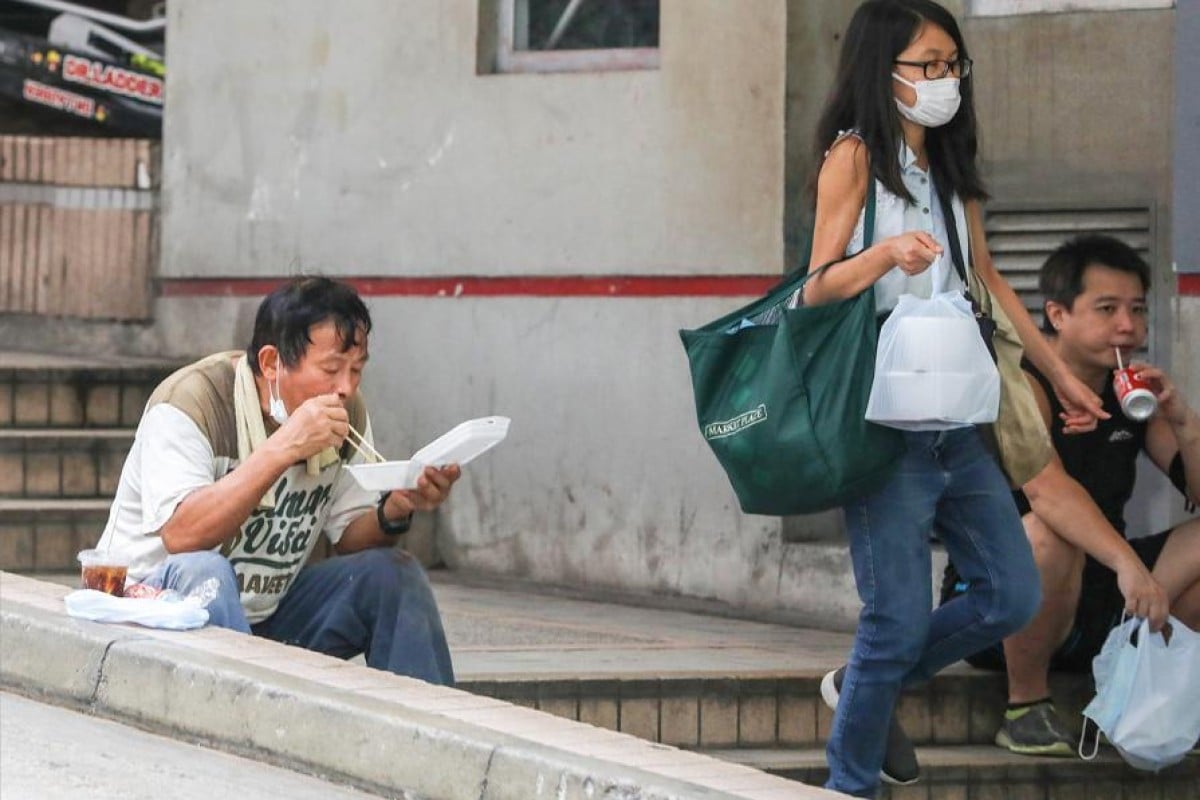 People eat their meals on the street in Central on Wednesday after the complete ban on dining in restaurants took place. Photo: SCMP/May Tse

The Hong Kong government has reversed a complete ban on dining in at restaurants after just 24 hours, caving in to public pressure on Thursday.

The news came as medical sources said the city would record another three-figure increase in confirmed Covid-19 cases, the ninth day in row it has done so.

Dining in at breakfast and lunchtime had been stopped as part of the stringent measures brought in to combat the third wave of the coronavirus cases. But the government reversed that after workers were forced to eat by the side of the road on Wednesday, when the initial ban took effect.

Dine-in services will return for those times from Friday, with restaurants again limited to serving takeaway only between 6pm and 5am.

Chief Executive Carrie Lam Cheng Yuet-ngor’s administration had come in for strong criticism, and was accused of not being prepared for the consequences of the ban.

On Wednesday, people were seen eating under bridges, at transport interchanges, and in air-conditioned public corridors in shopping centres.

The government then announced it would open 19 community halls on Thursday for those who had nowhere to go to eat lunch.

According to two government sources, the new policy is expected to be announced on Thursday afternoon. The changes will see two people allowed per table inside restaurants, which can only be half full.

Health experts say not to exercise outdoors with a mask

“One of the effective measures being adopted is that the Hong Kong government will ban dine-in service,” Zhong told China Central Television on Wednesday.

“Because many Hong Kong families do not cook for themselves, and they go outside to eat, so restaurants are an important source of infection. It is important to ban dine-in service.”