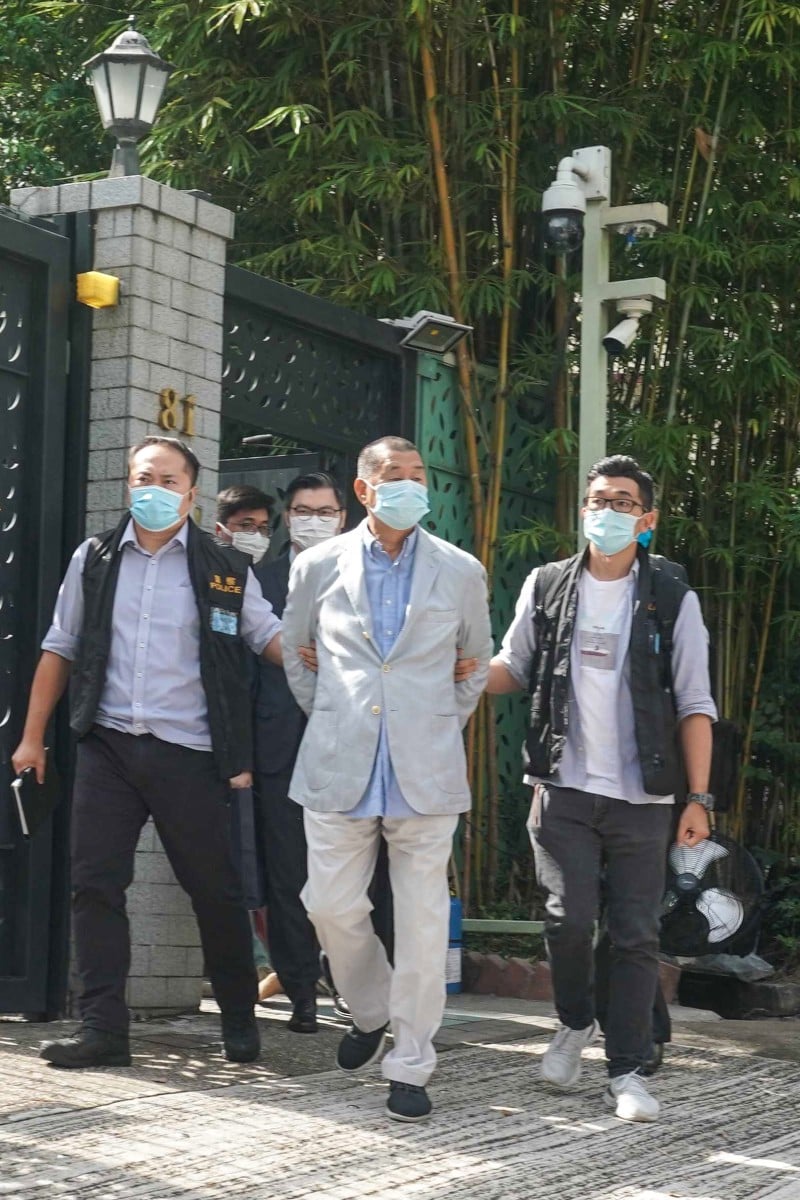 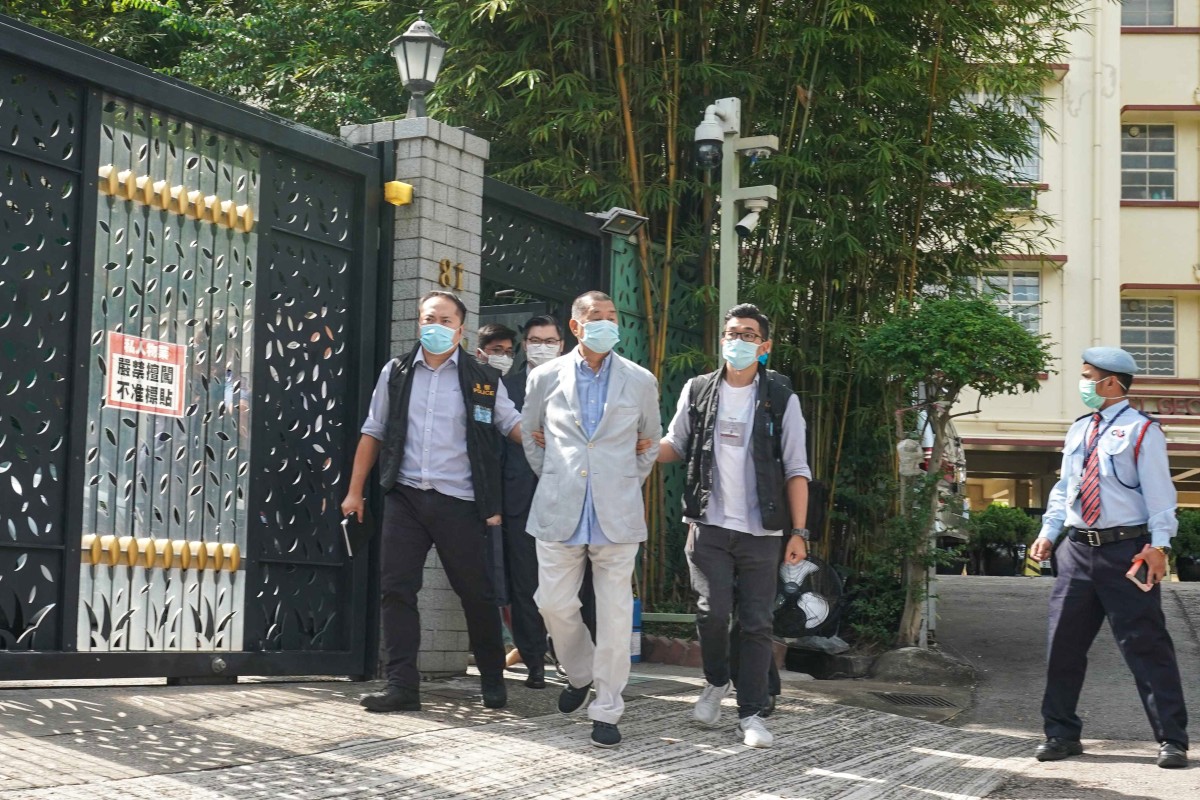 Sources said Lai was detained by officers from the new police unit enforcing the security legislation at his residence in Kadoorie Avenue, Ho Man Tin shortly after daybreak.

“He was arrested for collusion with a foreign country, uttering seditious words and conspiracy to defraud,” one source told the SCMP about the founder of the tabloid-style Apple Daily.

Around 10 other people are expected to also be picked up on Monday, in the third set of arrests since the new law came into force on June 30.

The four others included two Apple Daily senior executives - Cheung Kim-hung and Chow Tat-kuen. Chow was also arrested for collusion with foreign and external forces to endanger national security, while Cheung was arrested for conspiracy to defraud.

Police said the operation was continuing and so far arrested they had arrested at least seven people aged 39 -72.

“They are suspected to be involved in offences including collusion with foreign and external forces to endanger national security and conspiracy to defraud,” the force said. “The operation is on-going and we do not rule out more arrests.”

Jimmy Lai’s top aide, Mark Simon, who is not in the city, was also being sought by Hong Kong police, according to the source. But he refused to reveal what offence Simon was accused of.

The source said the city’s opposition activists were not likely to be targeted in Monday’s operation.