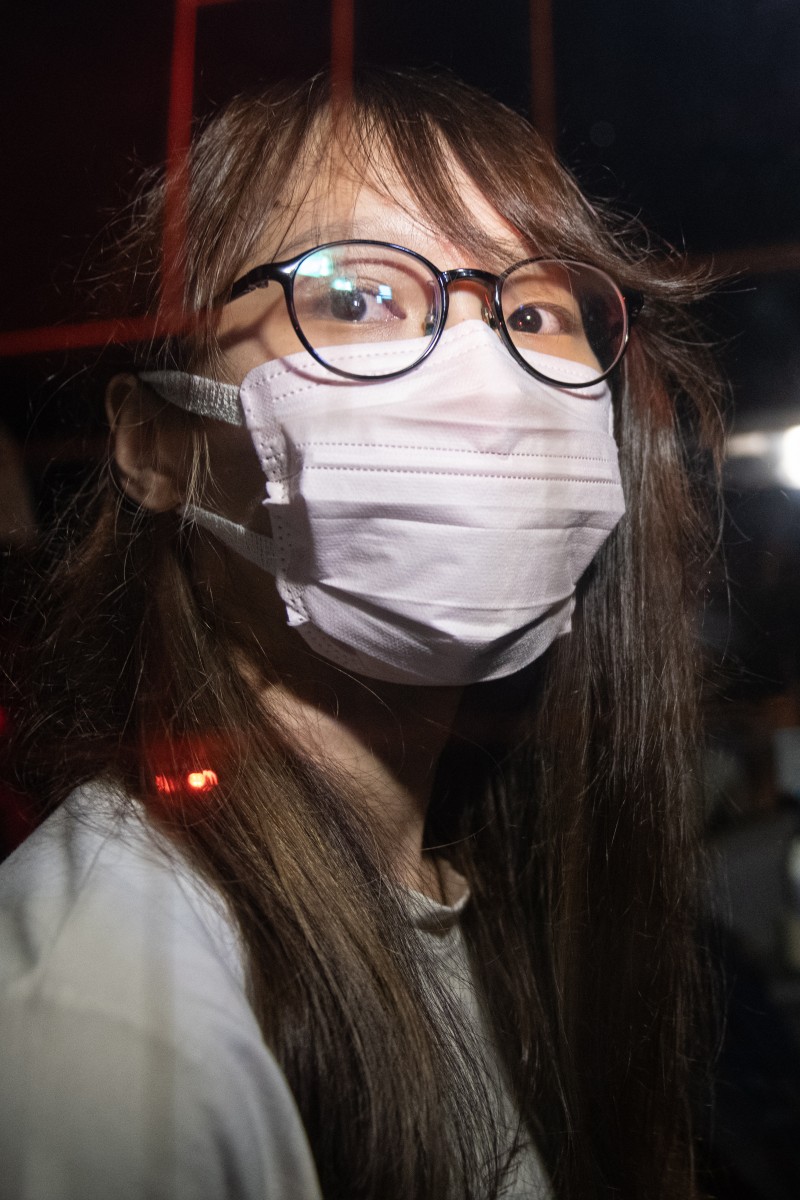 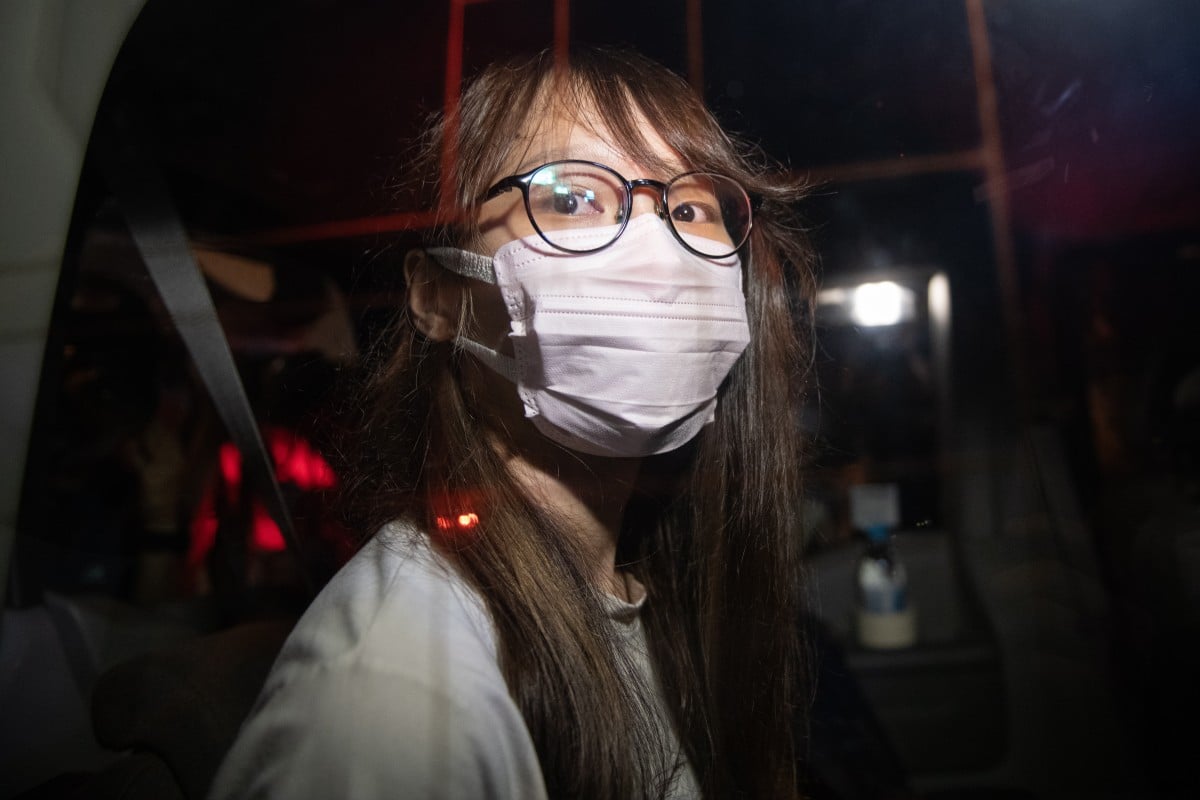 Anges Chow was among those arrested for alleged violations of the national security law on Monday. Photo: EPA

Ian Lai Yiu-yan, 39, left Tseung Kwan O Police Station with his legal representative at around 7.30pm – 30 hours after he was arrested at his home in Clear Water Bay on suspicion of collusion with a foreign country or external element.

His older brother Timothy Lai Kin-yang, 42, who was arrested for conspiracy to defraud, made bail and left Cheung Sha Wan Police Station at around 10pm.

They, their father and four others linked to the tabloid-style newspaper were arrested on Monday as police sent some 200 officers to the Tseung Kwan O premises of the company to conduct a raid that lasted nearly nine hours.

Chow, meanwhile, stepped out of Tai Po police station shortly after 11pm. She said she was bailed out on HK$20,000, and a surety of HK$180,000. The court also granted approval to police to seize her Hong Kong passport. She must report to police next month.

She said police accused her of colluding with foreign forces via social media since July, just after the sweeping new national security law came into effect.

Who is Jimmy Lai?

“It is political persecution and political suppression. I still don’t understand why I was arrested,” Chow said, adding that this case was “the most scary one” among the four she had faced so far.

“The political suppression is not only on me, but many Hong Kong people and activists.”

Cheung Kim-hung, CEO of Next Digital, was also bailed out at around 11.30pm. He was arrested on suspicion of conspiracy to defraud on Monday morning.