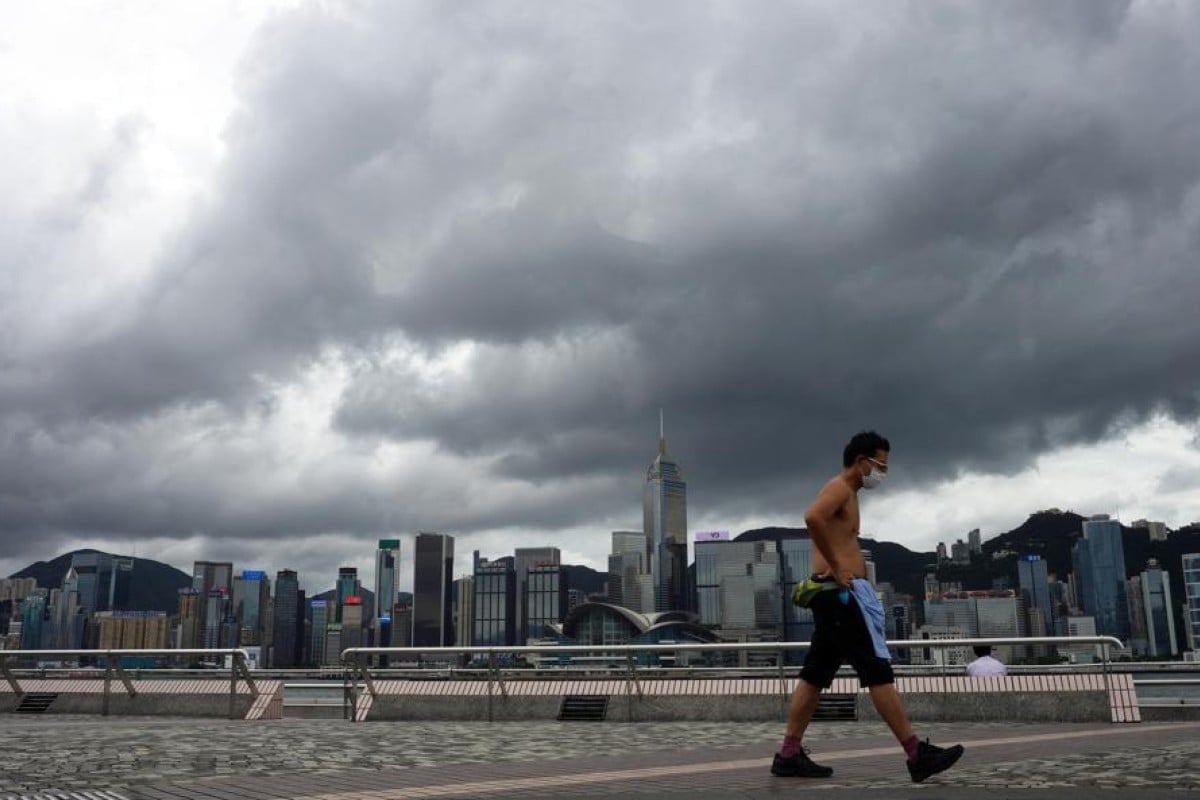 A man walks in the rain at Tsim Sha Tsui on Tuesday. Photo: SCMP/ Sam Tsang

The Hong Kong Observatory has said it would consider issuing the No 8 typhoon signal between 10pm and midnight as Tropical Storm Higos edges closer to the city and turns more intense.

“According to the present forecast track, Higos will skirt within about 150 kilometres to the southwest of Hong Kong tonight [Aug18] and tomorrow morning [Aug 19]. As Higos has adopted a track closer to Hong Kong and also intensified, local winds may strengthen further overnight. The Observatory will consider issuing the Gale or Storm Signal, No. 8 between 10 p.m. and midnight,” the Observatory announced.

The weather forecast for Tuesday afternoon was mainly cloudy, with occasional squally showers and thunderstorms. There would be moderate to fresh east to north-easterly winds, strengthening gradually.

It was expected to remain windy with heavy squally showers and thunderstorms on Wednesday, and seas would be rough with swells. It would remain showery on Thursday but showers were expected to ease off towards the weekend.