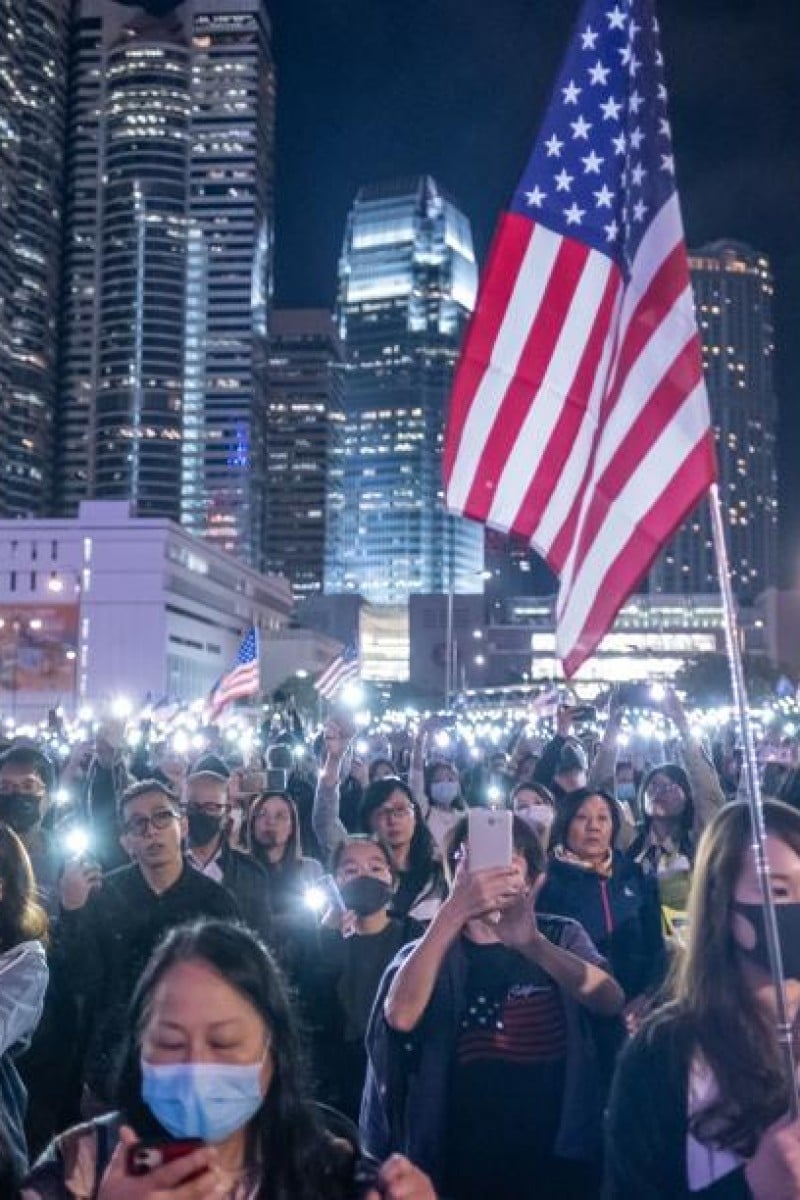 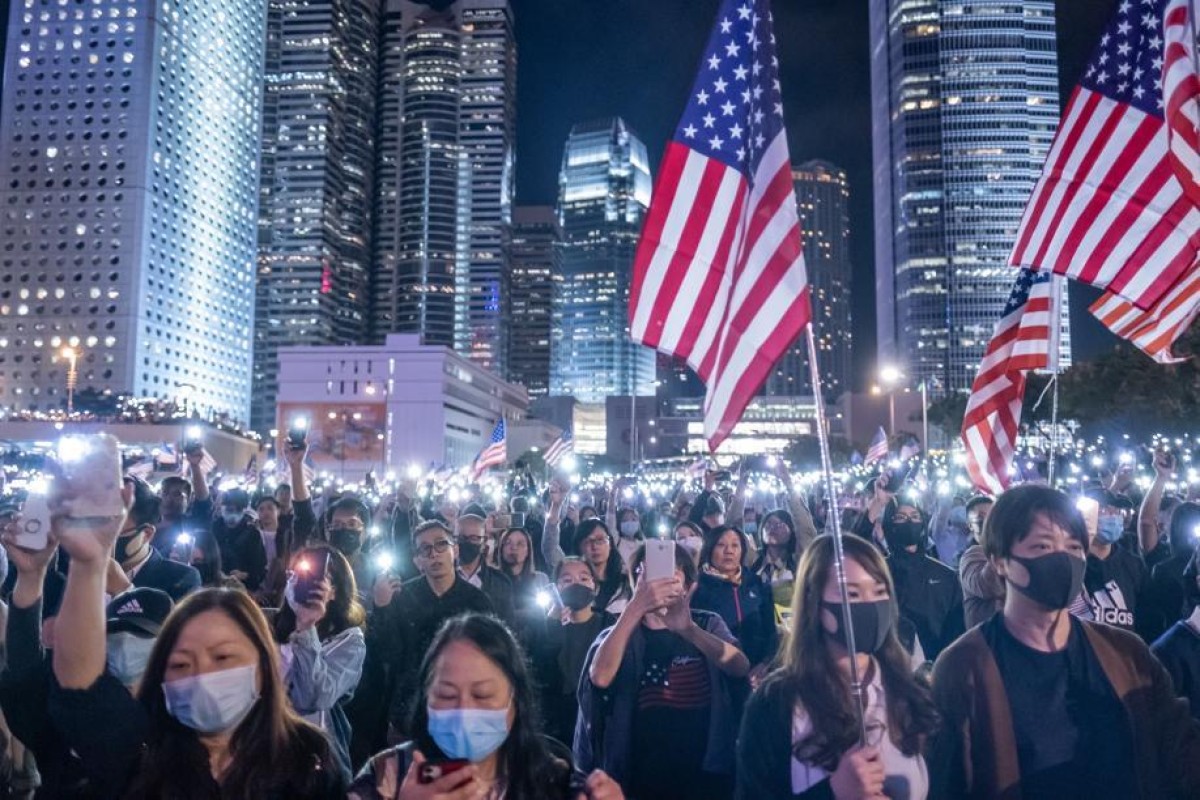 US flags are waved at a pro-democracy protest. The country announced it would join the list of nations suspending its extradition treaty with Hong Kong. Photo: Bloomberg

The US is the latest country to suspend its extradition treaty with Hong Kong, in the newest move signalling worsening US-China relations since the implementation of the national security law on June 30.

The treaty was one of three US bilateral agreements with Hong Kong that the Trump administration announced it was suspending.

“These agreements covered the surrender of fugitive offenders, the transfer of sentenced persons, and reciprocal tax exemptions on income derived from the international operation of ships,” said Morgan Ortagus, the State Department spokeswoman.

The State Department said the move was pursuant to President Donald Trump’s July 14 executive order, which declared that Hong Kong was “no longer sufficiently autonomous to justify differential treatment in relation to the People's Republic of China” because of the national security law.

“These steps underscore our deep concern regarding Beijing’s decision to impose the national security law, which has crushed the freedoms of the people of Hong Kong,” Ortagus said.

The sanctions, which were also tied to the national security law, are designed to cut Lam and the other officials out of the US financial system.