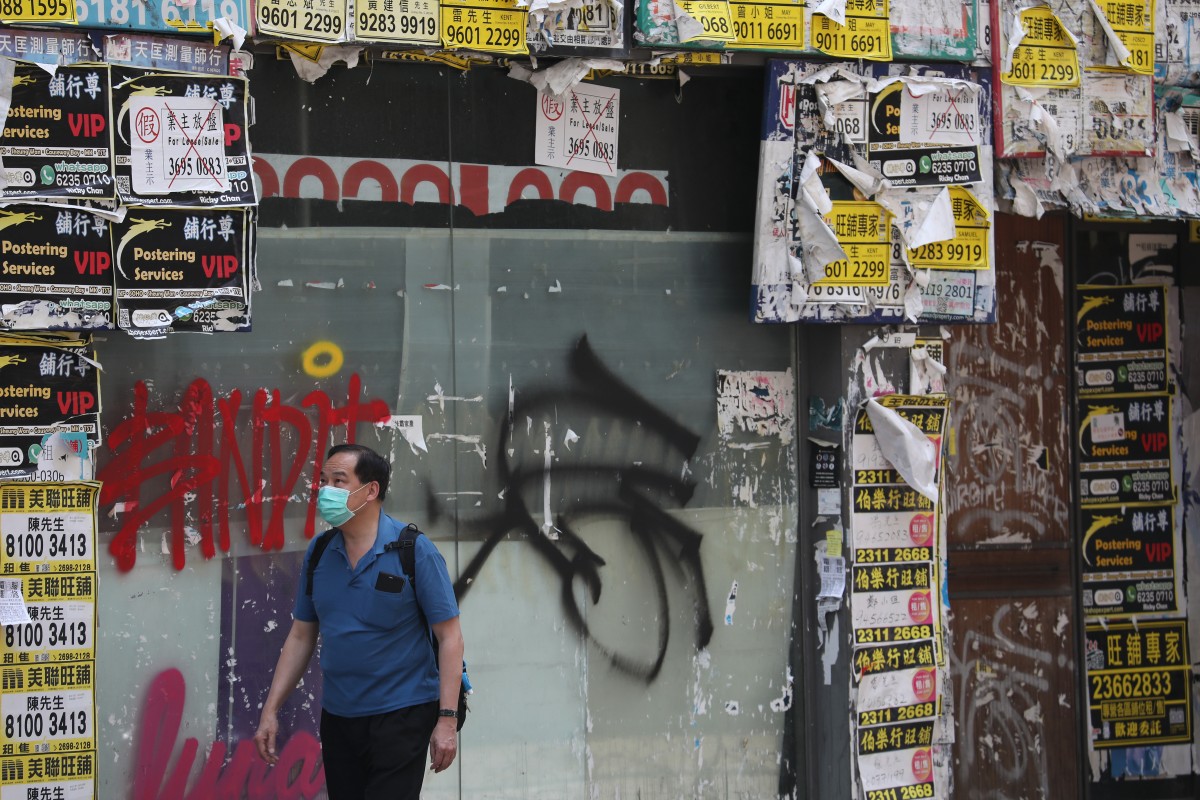 A man walks past a closed down retail store in Wan Chai. Photo: SCMP / Xiaomei Chen

A survey of more than 300 low-income residents by the Society for Community Organisation (SoCO) found 28.4 per cent had lost their jobs between May and July. This was almost five times higher than Hong Kong’s official, overall unemployment rate for the same period, which stood at 6.1 per cent, while underemployment was at 3.5 per cent.

According to SoCO, some workers don’t know how to look for jobs using the internet or even to apply for government aid, such as the HK$10,000 cash handout.

SoCO also received complaints about workers being forced to take unpaid leave despite their employers accepting the relief package offered by the government.

Some Covid-19 measures could be relaxed as case numbers drop

But they would not report it for fear of losing their jobs.

Last week, Labour and Welfare Secretary, Law Chi-kwong, said the government would not hand out cash directly to unemployed workers. He asked them to seek help from the Comprehensive Social Security Assistance scheme.