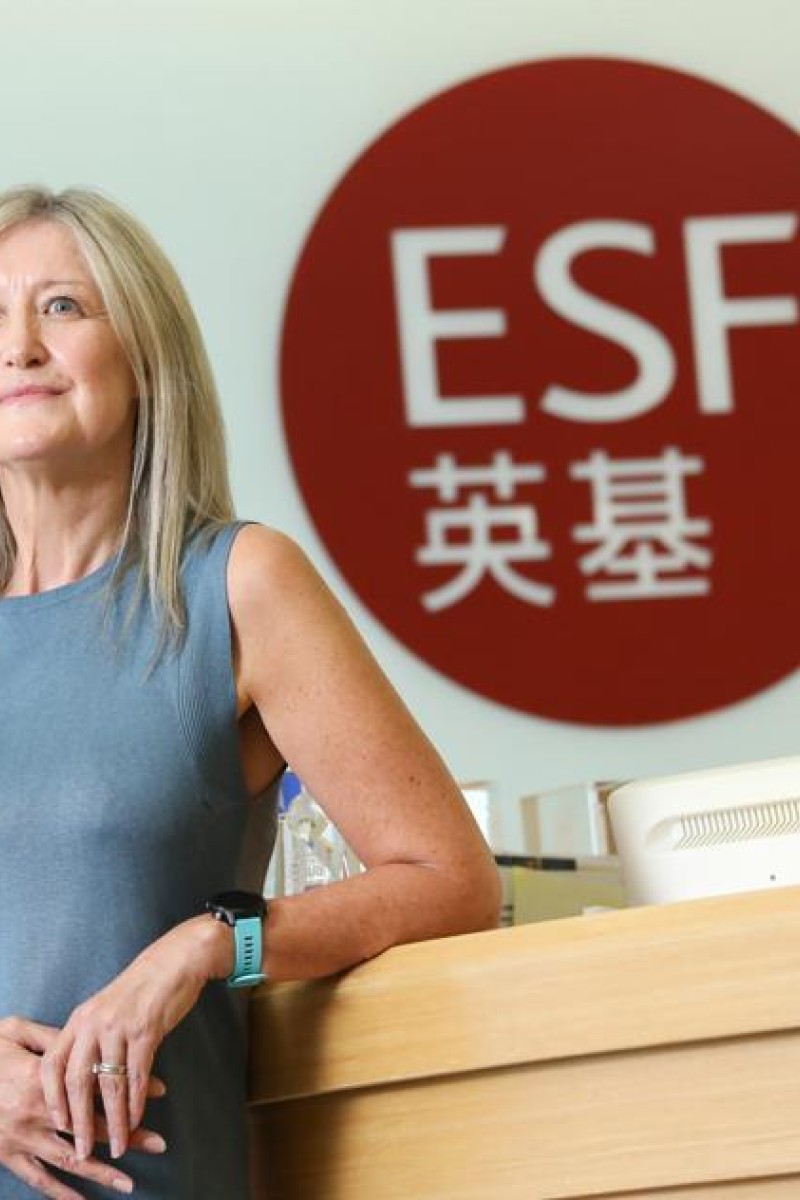 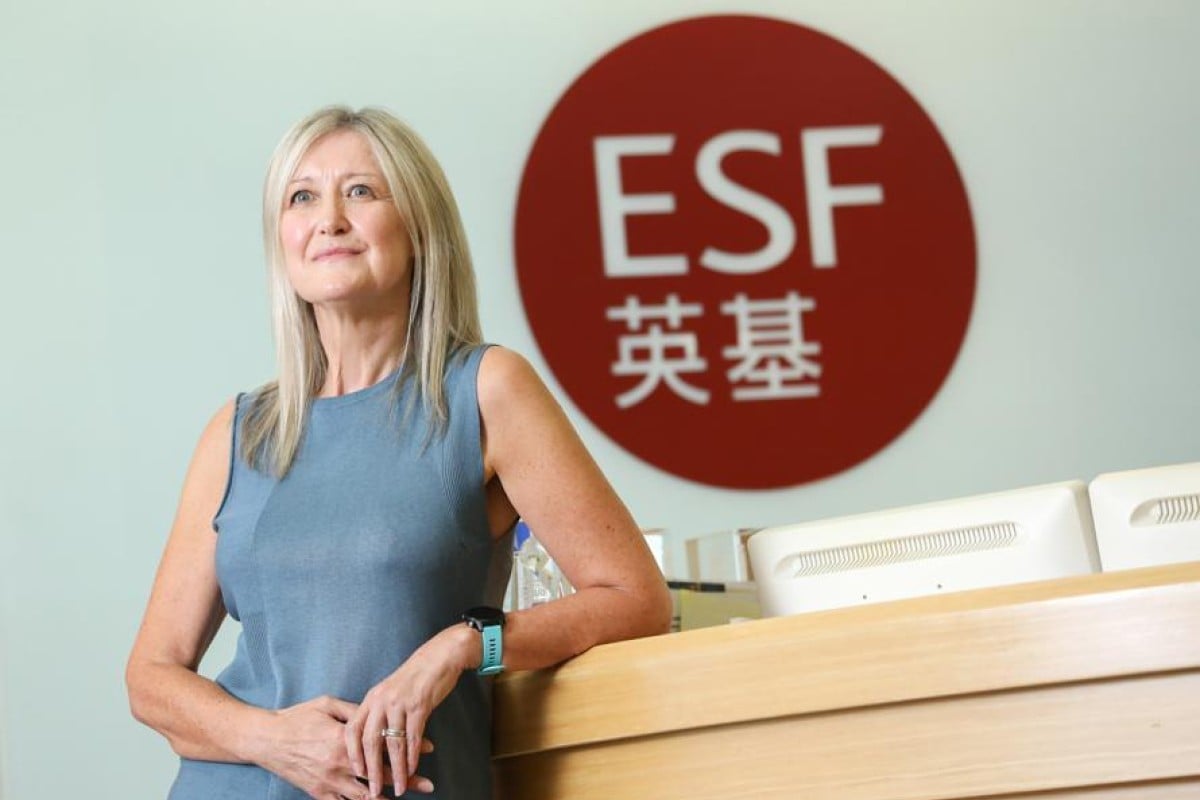 Belinda Greer, chief executive of the English Schools Foundation, denied that racist or sexist behaviour was a bigger problem at the institution than in other places around the world. Photo: SCMP/ May Tse

Following accusations of racist and sexist behaviour by teachers, the head of Hong Kong's biggest international school group has admitted to 'unconscious bias' on campus, but insists the problem is no worse than at other schools or businesses.

In an interview with SCMP, English Schools Foundation (ESF) head Belinda Greer also revealed she had apologised to a small group of students who had made complaints, “for them feeling the way that they felt”.

Greer said teachers would receive new training on diversity and equality, while meetings had been held with students to express their views.

The organisation came under fire in June when a Year 13 student claimed some teachers at the ESF’s King George V School had mocked Asian students over their names and acted inappropriately towards girls with uniform checks. The claims were contained in a petition calling for changes “to both school communities and school curriculums” that attracted more than 2,400 signatories.

The teens driving conversations on representations and racism

The allegations were not isolated – students and parents from at least four other ESF primary and secondary schools have told SCMP they or their children had encountered similar racism on campus.

Asked whether the organisation had confirmed any of the students’ claims, Greer said: “Rather than interrogate students and check out the facts, I was accepting what the students were telling me because that was their experience.”

While Greer, who has been the foundation chief executive since 2013, said she met and apologised to the petition organiser and other students in June, she denied racist or sexist behaviour at the organisation was a bigger problem than at other institutions around the world.

“I don’t believe the ESF has an issue of racism or sexism any more so than any other schools or businesses globally,” she said. “But I think young people now, quite rightly, are challenging some of the behaviours that we could [classify] as being unconscious bias.”

What the #BlackLivesMatter movement can teach Hong Kong

The organisation was “not brushing anything under the carpet”, Greer said, adding it would “work very closely with students and teachers” to remind them certain names or terms should not be used if they were “perceived by the person to be disrespectful” across all its schools.

The author of the petition also described what she said was “sexualisation of female students” by male teachers during uniform checks. The school’s dress code requires pupils to have their socks above and covering their ankles and a skort – shorts made to resemble a skirt covering the front – no shorter than 10cm from the knee. “Now that we understand that the perception is, by checking the girls are wearing skorts of a certain length, it’s making the girls feel uncomfortable, that has stopped,” Greer said.

“With the Black Lives Matter and #MeToo initiatives, people are starting to reflect and look at their experiences in a different way. We saw that as a catalyst for bringing about positive changes, not just for ESF, but [also] for Hong Kong.”

A black former teacher sent a letter to Greer in June in which she claimed to have witnessed racism at the school.

“Working at [King George V School] was demoralising and exhausting for these reasons,” she wrote. “I never had a voice, I was gaslighted for even suggesting that such a happy and inclusive school could ever have a problem with race, and for this reason I felt devalued most of the time.”

SCMP was also contacted by a former student at ESF’s South Island School in June who said a teacher had harassed her by telling her she “was wearing less clothes than a prostitute”. The student said she suffered panic attacks and anxiety over the incident that took place in late 2018 and had undergone several therapy sessions.

The family consulted a lawyer over seeking monetary compensation from the school after she graduated and the matter was settled without involving the courts.

The student described the ESF as cooperative and said representatives told her the organisation would implement a procedure to ensure the well being of students.

“So you can imagine my shock when I saw the petition and that this behaviour still took place,” the student said.

Without going into details, Greer said the case was an isolated one and had been addressed, adding teachers faced consequences if found guilty of serious misconduct in terms of safeguarding students.

But the latest complaints had to be “dealt with in a different way” given they reflected many students’ similar experiences, she said.

What is environmental racism and why does it matter?

The organisation would hold training for teachers focusing on enhanced diversity and equality, while meetings had been held on Saturday mornings for students from ESF schools to give feedback to management, she said. The foundation would also examine more closely the ethnic and gender diversity of its staff.

“It’s not [a] quick fix,” Greer said. “We are seeing that as something that could take time for us. This is about a cultural shift, it is about tackling unconscious bias.”

One King George V student who signed the petition said the latest initiatives could be a positive step, but the effectiveness remained to be seen. “I think it would be the first step towards real changes,” said the student who asked to remain anonymous. “I hope the changes will be permanent, instead of temporary.”