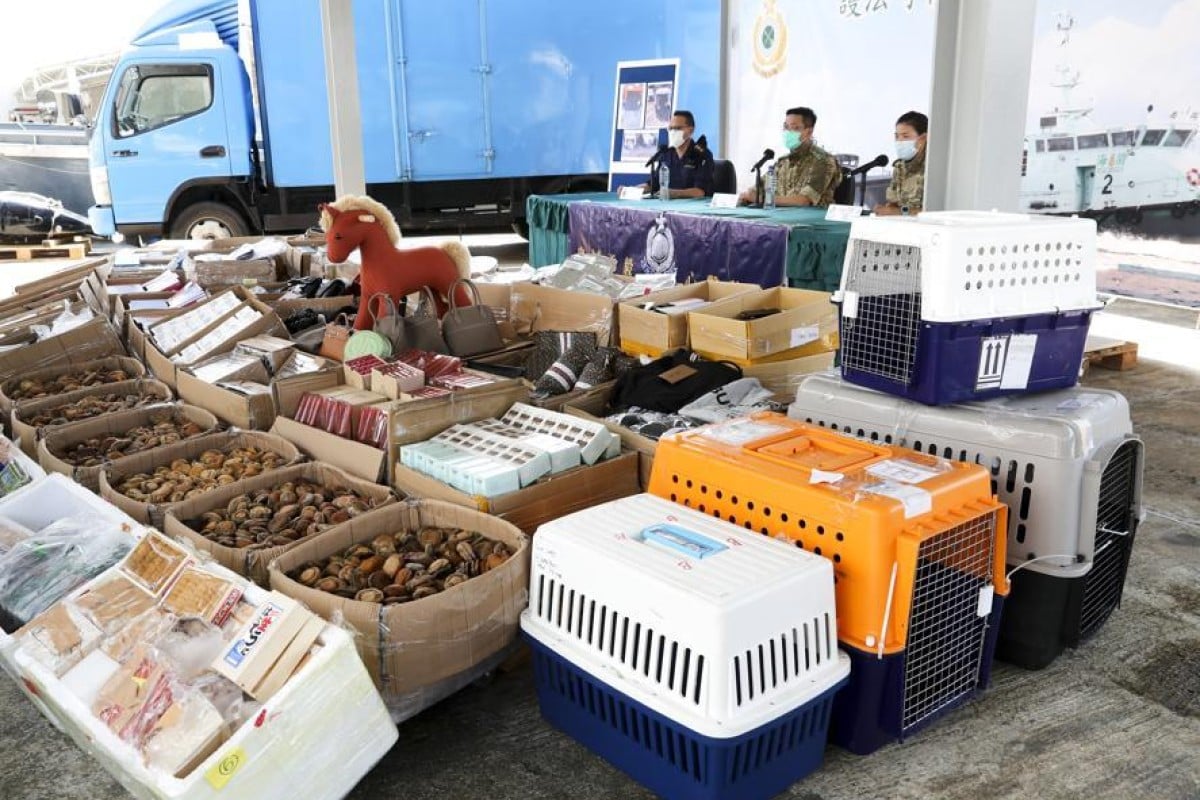 The flurry of calls was sparked by the seizure of 12 animals in an anti-smuggling operation late last week, with police believing the dogs were being taken to mainland China to be reunited with their owners, after being shipped into Hong Kong from overseas.

But the story took a grim turn on Wednesday and Thursday, when the bodies of another dozen dogs police think were drowned by the smugglers washed up on the city’s beaches.

Dangerous animals you could encounter on Hong Kong's trails

More than 20 dog owners, or their helpers, have contacted police, and pets were reportedly sent to Hong Kong from countries including the US, Canada, Britain, and Australia. Some of the owners are believed to have been mainland Chinese who were working or studying abroad.

On Thursday, nine dead dogs trapped in two cages were discovered on Lamma Power Station Beach at 7.30am, with three more carcasses found on St Stephen’s Beach in Stanley the day before.

Another source said the two cases could be linked to a joint anti-smuggling operation mounted by police and customs officers off Mui Wo, on Lantau Island, last Friday night.

The bodies of three dogs were found in a cage on St Stephen’s Beach in Stanley. Photo: SCMP/ Dickson Lee

“We believe the cages carrying the dogs were among some cargo that were thrown into the sea from one of two speedboats used by smugglers to avoid being arrested during the high-speed sea pursuit with law enforcers,” he said.

He said the 12 pet dogs were thought to have drowned before the cages washed ashore.

During the operation, one of the speedboats managed to escape Hong Kong waters, heading toward the mainland. Officers intercepted the other speedboat and arrested two mainland men on board.

On the vessel, officers found 12 pet dogs, along with HK$37 million of goods that included abalone, electronic goods, red wine and cosmetic products. The dogs, including Labradors and poodles, had identification microchips implanted.

How one teen encourages animal adoption

The police source said they were still investigating whether the nine dogs found on Thursday “were also microchipped and registered in Hong Kong”.

The source said officers were trying to track down the dogs’ owners.

“Some mainlanders have returned to mainland China from overseas, in the wake of the coronavirus pandemic,” the source said. “But their pets could not be shipped back to the mainland because of stringent import restrictions amid the pandemic.

“It is possible that their pets were shipped into Hong Kong from overseas before being smuggled into the mainland by sea.”

A source familiar with animal smuggling activities said criminals could make from HK$3,000 to HK$5,000 for each dog.

The source suggested the axing of international flights between China and other countries because of the coronavirus pandemic, may have prompted the smugglers to use Hong Kong as a transition point.