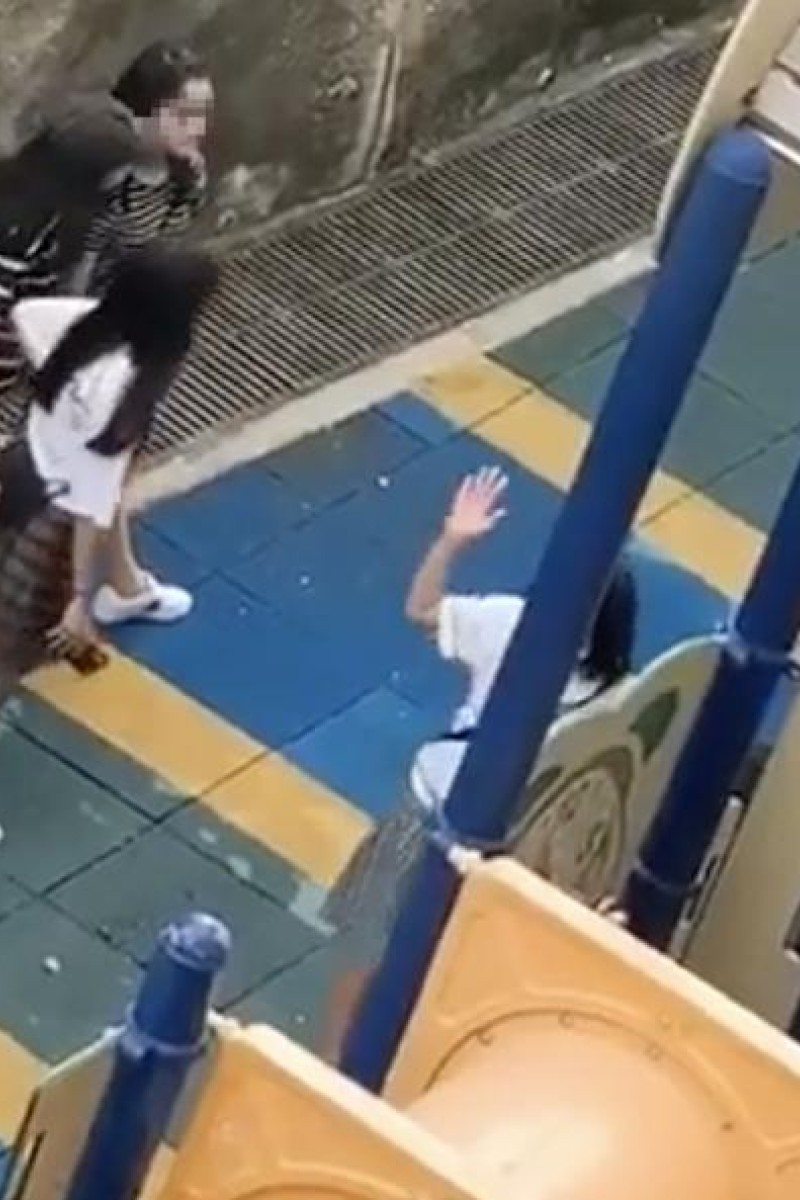 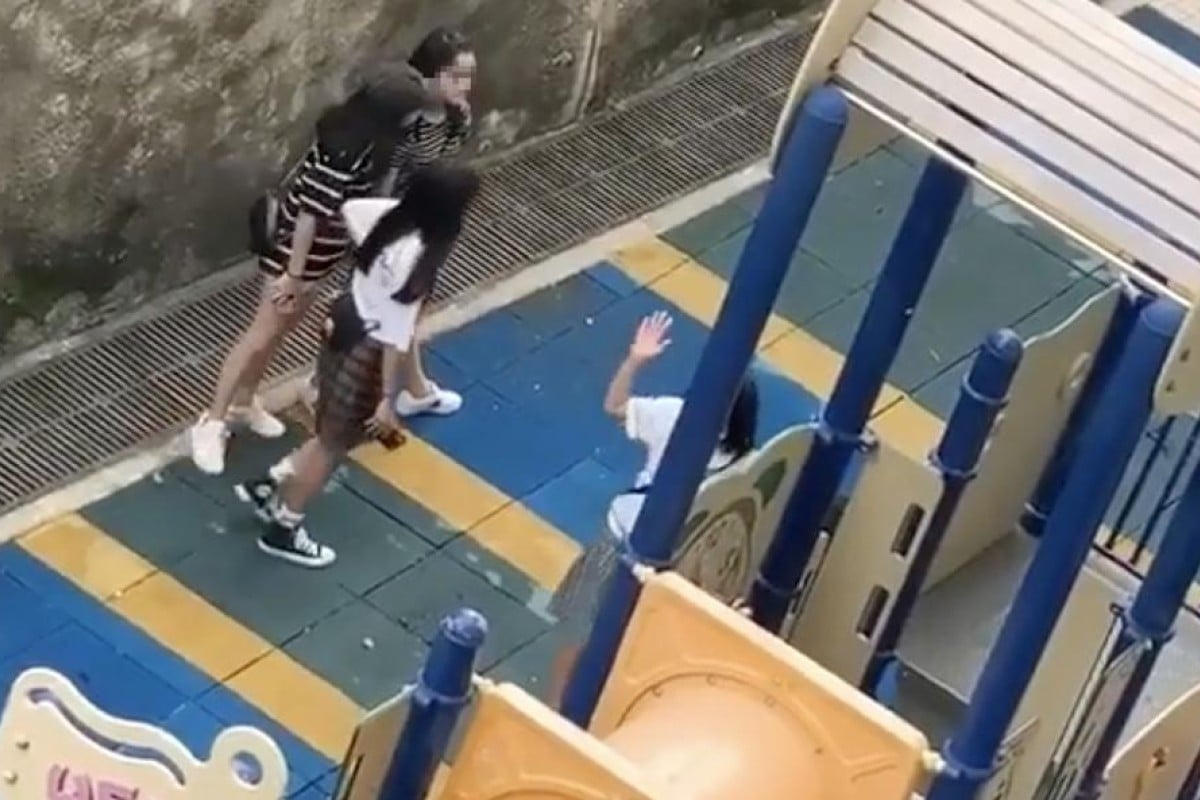 A group of girls appear to confront another girl during an altercation at a Hong Kong housing estate. Four teenagers have been arrested over the dispute. Photo: YouTube.

Four Hong Kong teenagers have been arrested on suspicion of common assault after a video circulated of one of them slapping a 13-year-old girl in a park over an apparent romantic dispute.

It is the latest high-profile bullying event in the city.

Police said they received a report from the victim that she was slapped at a playground at Shek Pai Wan Estate, in Aberdeen, on Thursday, leaving her face slightly swollen. Three girls and a boy, aged 13 to 18, have been arrested so far in connection with the incident.

The arrests were made after a 45-second video began circulating online showing a girl in a school uniform, accompanied by three other girls in casual clothes, slapping another girl in the park.

Five other boys, also in street clothes, sit about 15 metres from the group of girls, cheering on the attacker after the young girl is slapped.

Only the uniformed girl can be seen slapping the girl in the video, which has been shared about 400 times on Facebook.

Ho Yan-kit, Western district’s chief inspector, said on Sunday that all the suspects involved in the incident knew each other.

“We believe this happened because of a trivial relationship dispute,” he said. “Police take teenage violence and the problem of gang bullying seriously.”

Indeed, Hong Kong has seen a rash of teenage bullying incidents over the past few months.

Earlier this month, eight students were arrested on suspicion of bullying a 13-year-old boy. The attack was also filmed, with the video showing a group continuously kicking and hitting a boy on his head and body for several minutes.

Before the attack, the group asked the victim to pay HK$700 for a meal, a demand that was turned down.

In June, two 12-year-old schoolgirls were arrested over another bullying incident after allegedly beating a 13-year-old student with the lid of a fire bucket and forcing her to eat the sand it contained. The incident happened at a secondary school in Sham Shui Po.