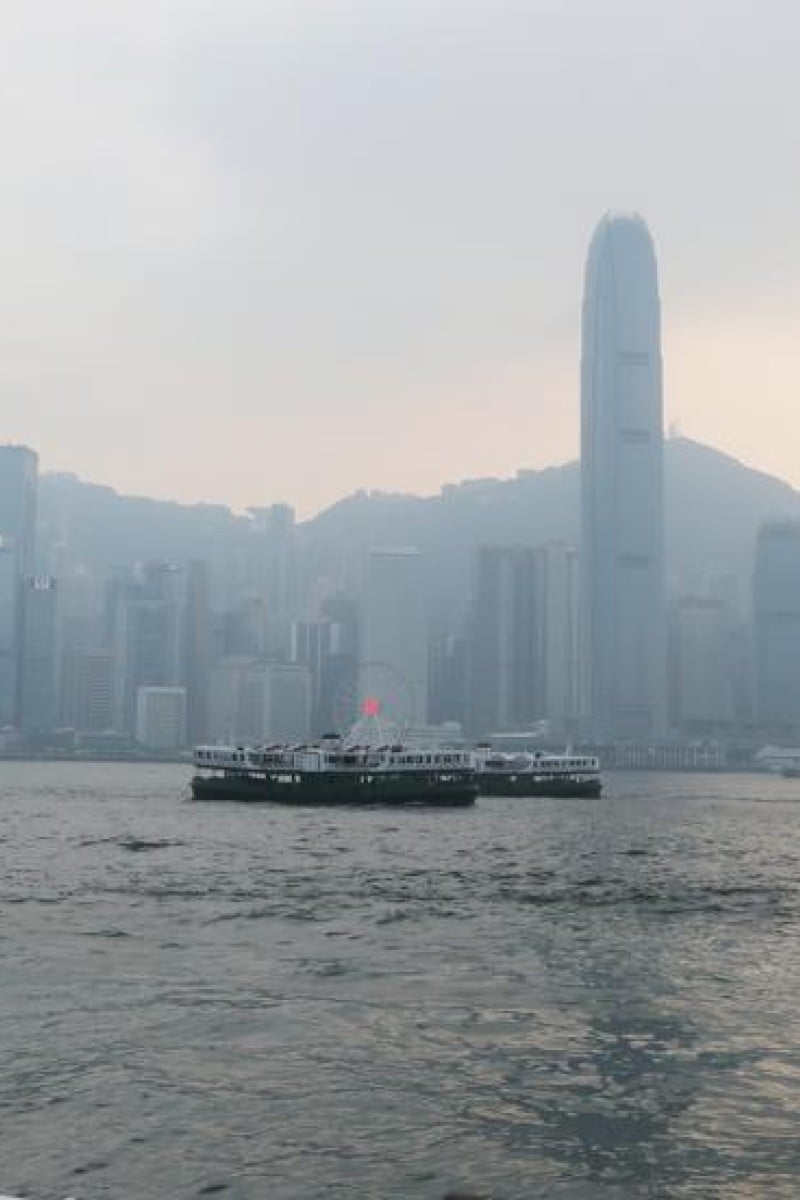 A man looks out over the Hong Kong skyline from Tsim Sha Tsui as the Air Quality Health Index recorded high air pollution levels on Tuesday. Photo: SCMP/ Edmond So

The Environmental Protection Department has recorded higher than normal air pollution levels since Tuesday morning, saying the current levels pose a "very high" health risk and the problem is expected to persist.

In addition to the pollution levels, the Air Quality Health Index (AQHI) at all 18 monitoring stations, including those in Causeway Bay, Central and Mong Kok, reached “very high” levels. The department said it expected that some may even reach “serious” levels before the end of the day.

“Hong Kong is affected by a continental airstream with high background pollution. The sunshine enhances photochemical smog activity and the rapid formation of ozone and fine particulates in the Pearl River Delta region,” the department said in a statement, noting the influence of the outer circulation of Tropical Cyclone Maysak.

“The high level of ozone has promoted the formation of nitrogen dioxide in parts of the urban areas and at the roadside.”

According to the Hong Kong Observatory, the weather in Hong Kong will remain fine and very hot with light winds over the next couple of days. The authorities expect that the pollution level will remain higher than normal until wind speeds strengthen.

The index is reported on a scale of 1 to 10+, with scores grouped into five health risk categories: low, moderate, high, very high, and serious.

With a health risk category in the “very high” range or above, authorities advise children, the elderly and persons with existing heart or respiratory illnesses to keep physical exertion and outdoor activities to a minimum.